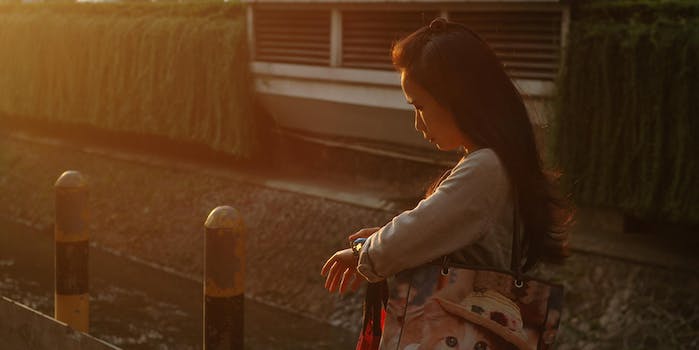 You can soon buy a wearable sex tracker—but is it good enough?

A new wearable will let you track your sexual activity at the push of a button.

There are a number of ways for people to quantify their sex lives, from storing data about sex partners and various positions on an app like Nipple to counting your “TPM,” or thrusts per minute, via the Spreadsheets mobile app. There’s even a prototype for a wearable patch that tracks how long you last in bed.

Now, another company is jumping on top of this growing trend. Geeksphone, the hardware company that creates phones for open platforms (including the privacy-centric Blackphone), is releasing a sex-tracking wristband called GeeksMe.

Like other smartwatches and fitness trackers, GeeksMe will record your steps throughout the day, monitor your sleep patterns, and receive message and phone call alerts. But what sets it apart from other fitness trackers is that you can tell it to track you while you’re having sex.

It’s not based on heart rate. But it will have a special mode (similar to sleep mode) that once it’s activated will measure things like number of times a day/week, duration, calories burned, and other very useful information based on different algorithms we are developing.

GeeksMe also tracks your “ecological footprint” by letting users input data, such as how much water they’re consuming and how much they’re recycling. The wristband is expected to be available this summer.

While both these tracking features seem to add to the wearable’s charms, it’s still not a comprehensive tracker. You still have to manually input data and alert it: “Hey, I’ll be having sex now.”

It’s also not the first time a wearable or fitness-tracking app has tried to add a sex-monitoring function. In Fitbit’s early days, the fitness tracker allowed users to input sex data, but after a privacy fail in 2011 that exposed sexual activity, the company pulled the option from its devices and apps. You can now create a custom activity for your time in the bedroom, but it’s not a default option.

Carrot Hunger, a food-tracking app, has “sex” as an activity, and you can log your exercise as either “vigorous” or “moderate.”

It’s great that GeeksMe is making sex tracking one of the main features of the smart bracelet, and based on the number of applications out there geared towards quantifying and enhancing our sex lives, it’s clear that people want their wearables to do more than count steps or bike rides.

But until a wearable can recognize the difference between calories burned in and out of the bedroom, we probably shouldn’t refer to them as “smart” devices.