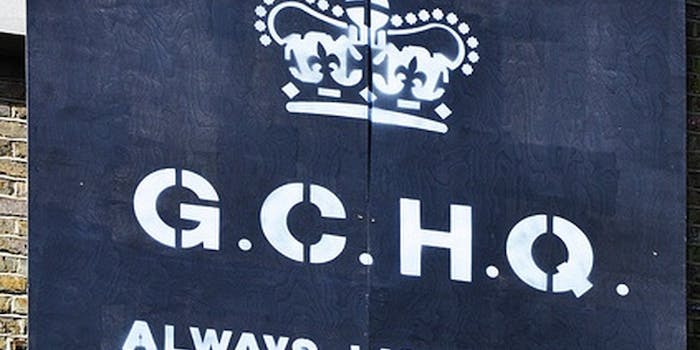 The plan is to develop algorithms that would “automatically extract information from huge volumes of speech, texts, and image content gathered ‘across the full range of modern communications media.’”

To do this, the GHCQ is actively looking to recruit individuals with strong mathematical and statistical backgrounds, as well as computational linguists. The Guardian points to a job listing found in the organization’s website as evidence.

“[Y]ou will be tackling one of the great challenges of our century; how to get computing systems to make sense of human language,” the job posting reads. “Your success will have an immediate impact on our ability to gather and analyse vital intelligence.”

The tools will be primarily used to monitor communications what happen overseas, though the GCHQ may also use them domestically.

As expected, news that Britain’s top intelligence agency will be snooping on Facebook and other sites does not sit well with privacy advocacy groups.

“We accept that the GCHQ needs power and technology to protect the public,” Big Brother Watch Director Nick Pickles told the Guardian.

“But there’s a big difference between pursuing investigations using technology and using technology to go on massive fishing trips, in the process treating anyone using a mobile phone or social media sites as fair game to drag through its digital fishing nets.”

There is a silver lining for those who are concerned with this new development. The GCHQ has admitted that it’s had difficulty attracting talent from the private sector due to how much they can pay. The job listing cited above, for example, is for a Graduate Researcher position that pays an annual salary of £25,446, just slightly over $41,000.

Using social media to gather information is nothing new. In fact, even terrorist organizations, who more than likely don’t have the same resources that intelligence agencies have, are doing it. An Australian report released in September revealed that the Taliban was using fake Facebook accounts to discover soldiers’ positions.