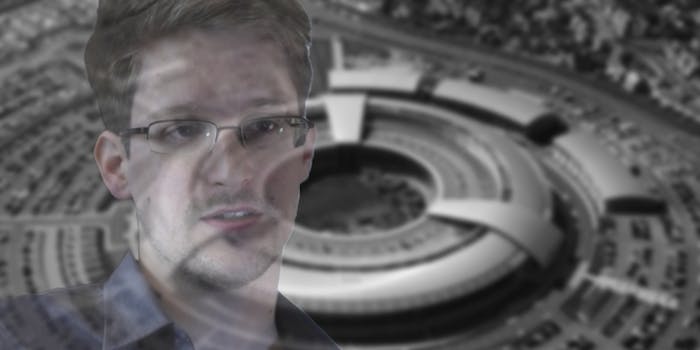 Or, as they call themselves, Cyber Magicians.

You only think somebody is being a jerk to you online. It turns out, the most sophisticated, thorough, and highly trained Internet trolls yet uncovered actually work for the British government.

That’s according to the latest revelation provided by docs leaked by former National Security Agency contractor Edward Snowden. According to documents published at the news site First Look, the Government Communications Headquarters (GCHQ), the U.K.’s counterpart to the NSA, has an extensive disinformation program to undermine anyone on the Internet.

Called the Joint Threat Research Intelligence Group (JTRIG), the program is detailed in an internal training document titled The Art of Deception: Training for a new generation of online covert operations, which First Look published in full. Drawing from numerous academic fields, including anthropology, psychology, and even biology, the manual shows that GCHQ engages in large-scale institutionalized online discrediting attacks against suspects, who aren’t necessarily terrorists. It’s essentially a modern, online counterpart to COINTELPRO, the FBI’s notorious smear program used to harass Martin Luther King, Jr. until his death in 1968.

“We want to build cyber magicians,” the manual states. It encourages agents to “hide the real” by masking, repackaging, and dazzling content online, and to “show the false” by mimicking, inventing, and using decoys. It presents convoluted graphs, like one that shows the respective longevity of presumably false information as it lives through text messages, Facebook profiles, LinkedIn pages, and, most disturbingly, “news media.”

Related JTRIG documents get far more specific. One gives a checklist of how to “discredit a target,” and includes suggestions like changing their photos on social networking sites and creating fake blogs pretending to be “victims” of their target. Its means of discrediting a company are similar: leak damning information to the press, post negative information on Internet forums, and even “stop deals/ruin business relationships”—though how exactly JTRIG does that isn’t clear.

GCHQ, consistent with its policy, refused to acknowledge the program to the press. Only time, and more Snowden leaks, will tell if the NSA has similar program.

Either way, continue take everything on the Internet with a grain of salt. Especially the trolls.