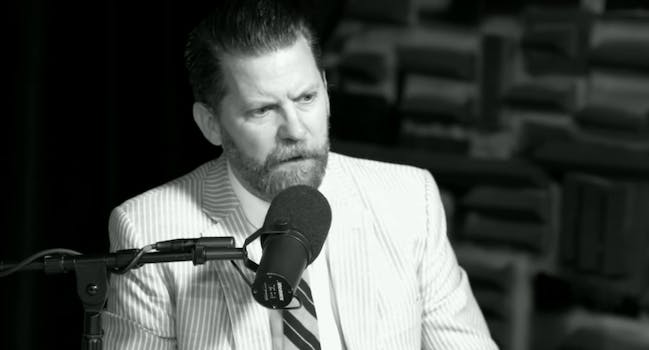 Gavin McInnes is out at Blaze Media

The honeymoon is over.

Former Proud Boy and right-wing menace Gavin McInnes is out at Blaze Media, the media group formed from Glenn Beck’s The Blaze and conservative outlet CRTV.

McInnes was brought on last Monday after he was denied a visa to visit Australia because of his “bad character.” He was to host a streaming version of his podcast “Get Off My Lawn” for the media group.

Blaze Media made the announcement via Twitter on Saturday.

Blaze Media no longer has a relationship with Gavin McInnes, and per company policy, cannot comment on personnel matters.

“Blaze Media no longer has a relationship with Gavin McInnes, and per company policy, cannot comment on personnel matters,” the company tweeted.

Although he disavowed the group he helped found, McInnes has run into trouble since the Proud Boys have gained notoriety for their violent tactics and white supremacist beliefs. Both McInnes and the group have been banned from Facebook, Twitter, and PayPal. The group is under investigation for a violent incident in New York in October.

McInnes said in a video posted to YouTube that he was disavowing the group for legal reasons, including “alleviating sentencing” for the New York group accused of beating up protesters after one of McInnes’ speaking engagements.

After McInnes’ departure, leadership fell to an internal group called the “Elders,” who released new bylaws for the organization. However, after releasing the bylaws, they failed to properly redact members’ personal information.

Episodes of McInnes’ show have been scrubbed from the Blaze Media website.