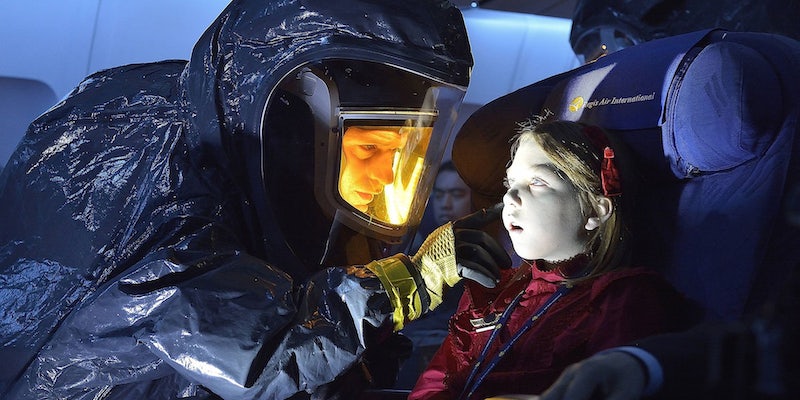 Take this class for free.

You can now learn about the science behind parasitic vampires in a massive open online course (MOOC) from the University of California–Irvine and tech education company Instructure. The four-week course is based on the FX series The Strain, a show that follows a scientist’s investigations into a viral outbreak that turns people into vampires.

If it sounds unrealistic, it is. The vampire-causing bacteria isn’t real, but the parasitic behavior and the impact on the parasites’ hosts do have their roots in science.

To study how such diseases and bacterial strains spread, professors will take students through a four-week course called “Fight or Die: The Science Behind FX’s ‘The Strain’.” They will study parasitic infection in both humans and animals with sessions in disease dynamics, how diseases spread and what can be done to stop them, medical ethics and how doctors decide whom to treat, and computer hacking and how viruses can impact computers much the same way they can impact humans.

Students will learn not only about scientific explanations for the series’ events, but also other real-world diseases—including Ebola—and their treatments.

Sarah Eichhorn, associate dean of distance learning at UC Irvine, is teaching physical sciences during the course. She explained that students will learn about things like parasites that infect rats and make them attracted to cats in order to reproduce on feline creatures.

“The audience tends to be people attracted by the show and are unfamiliar with online learning,” Eichhorn said in an interview with the Daily Dot. “We’re using the culture of TV show to learn about topics hope we find some more people who are fans of the show to learn science they never would’ve considered studying.”

One of the major criticisms of MOOCs is the weak retention rate—a vast majority of students drop out after only a few lectures. Because such classes are offered for free or at a reduced cost, it’s easy to shrug them off as a limited priority. But student attendance isn’t something this particular course is worried about.

Because the course is broken up into multiple sections, students can choose which bit they want to study. If they’re more attracted to computer hacking, they can tune in only during that week. But at the end of the course, students will be asked to complete a multimedia project based on the science they’ve learned.

This isn’t the partnership’s first time running a MOOC based on popular culture. Eichhorn was also a math instructor for an Instructure course on AMC’s zombie series The Walking Dead last year.

Eichhorn says that by pairing entertainment and popular culture with often challenging topics, educators are more likely to keep students engaged with the content and help them understand concepts that would otherwise seem daunting. And in her role at UC Irvine, she said, she often adds references from popular culture to help students understand lectures.

“I don’t always have the luxury of having a team of collaborators, but students tend to remember things better when they’re engaged,” she said.

The course will be available for free at canvas.net/strainmooc and will begin three weeks before The Strain‘s season two premiere this summer.