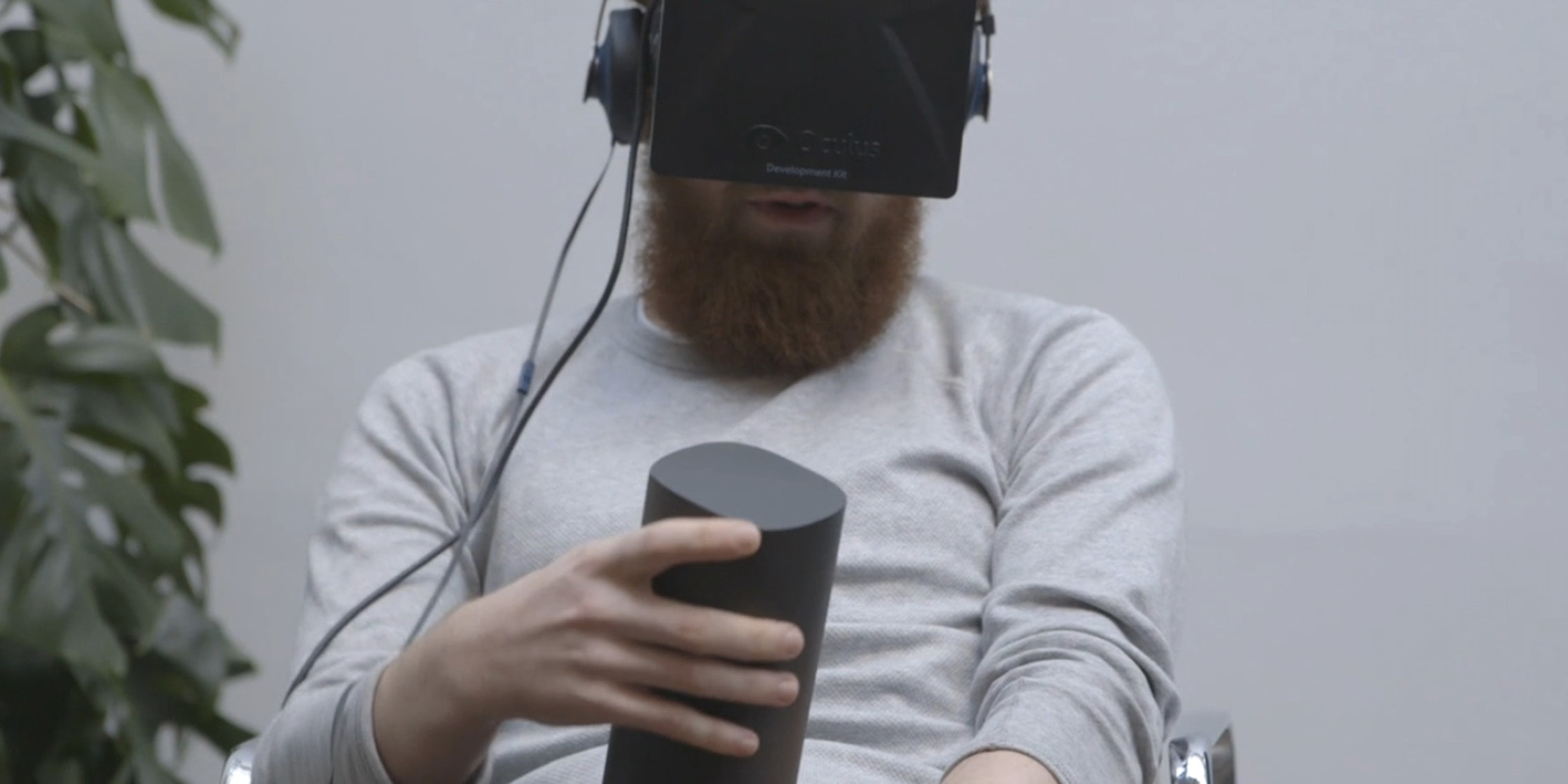 I’m not witnessing this lurid scene IRL. I’m on an Oculus Rift VR headset at XBiz 360, a sex and technology conference in Los Angeles. The virtual sex show is the brainchild of RedLightCenter, a company that takes the idea of an X-rated virtual world and creates a full immersive experience for the user. 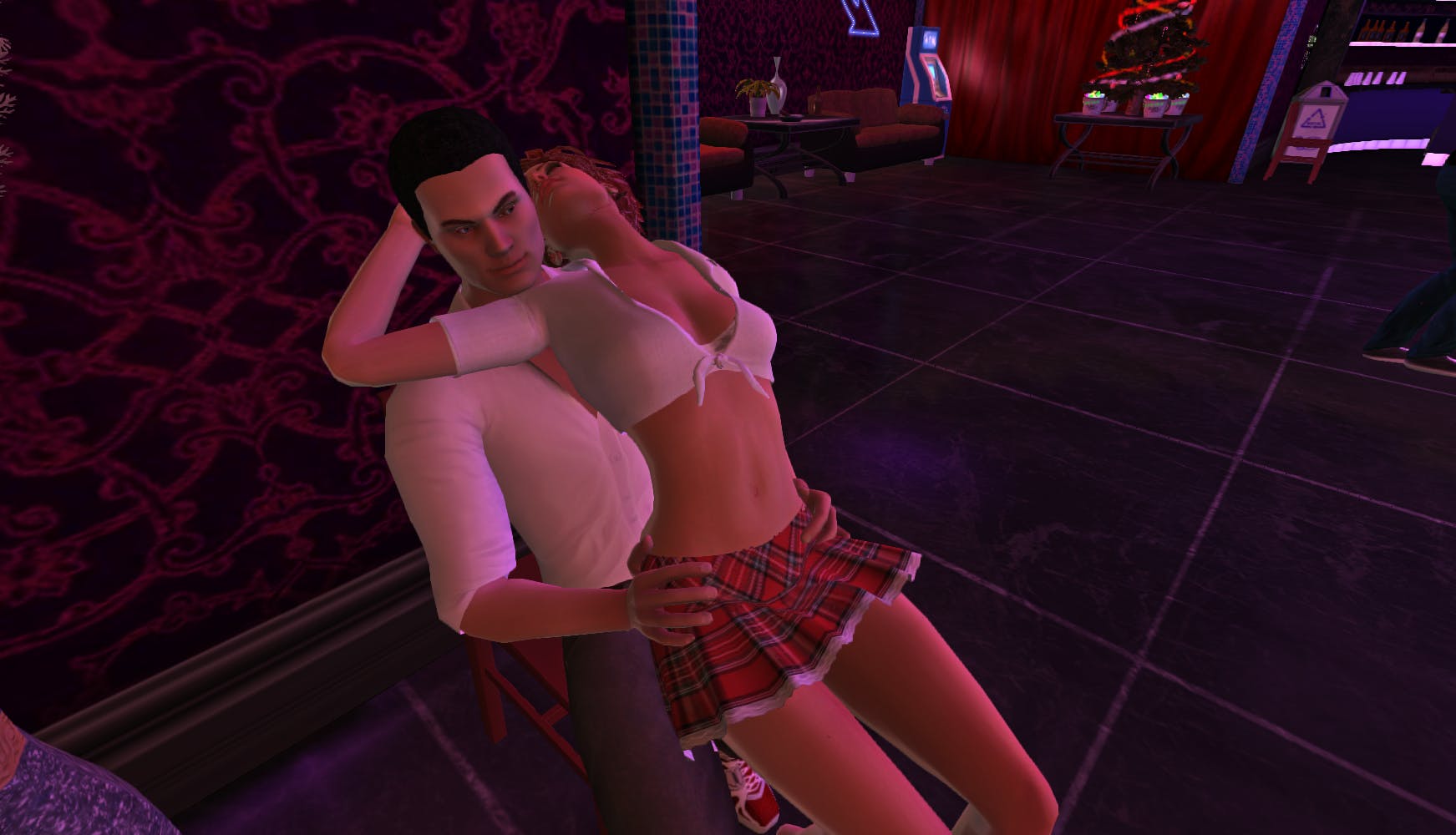 “People naturally come together and want to interact, and we can provide them more life-like experiences,” Brian Shuster, the CEO of RedLightCenter, told me at the conference. “The general reaction is mind-blowing. We’re bringing it to the public on the Jan. 21. There’s hours of motion-capture hardcore sex, lap dancing, pole dancing, swimming and walking. Everything.”

The Shock Spot is a motorized contraption that calls itself the “Rolls-Royce of f**k machines.”

Brian Shuben, the COO of the male sex toy company Fleshlight, wants to give consumers the ability to have sex with their favorite adult performers and camgirls, or women who interact with their fans via streaming cam shows online.

“We have a new kind of consumer, the cam consumer,” Shuben said in an Xbiz360 panel discussion. “We may have even lost that consumer at one point, but with interactive products we have the ability to get them back.”

One option is a Fleshlight attachment called VSTROKER that controls a Shock Spot sex machine, a motorized contraption that calls itself the “Rolls-Royce of fuck machines.” The VSTROKER monitors the speed of your strokes and wirelessly transmits them to your computer, essentially allowing you to have sex with the person on the other side of the screen, for a fee.

However, that technology doesn’t allow the star on the other end to send pleasure back to the viewer. Enter Kiiroo, a teledildonics company that has pioneered a connected sexual experience thanks to capacitive touch.

Kiiroo will use Fleshlight as its worldwide distributor when it launches the Pearl in February. They’ve already got pre-orders in the thousands before it’s even been demoed, and popular cam girls are urging their clientele to get the device for more interactive sessions.

“We’ve all been looking for this product for literally a decade,” says Greg Clayman, the co-founder and president of the adult website Flirt4Free.com, which is using these devices to bring interactivity to its camming network. “We’re having a technology shift. We’ve always had the vision for this interactivity. The conversion rates on models who have the interactive logo are much higher, the hold times are much higher.”

Controlling the Pearl was much easier than expected—there was no vise-like grip required to send a sensation to the device. Because most of us testers were women, we could only imagine what the contracting rings would feel like around a penis, but it seemed like the sensation was promising. As one tester explained in a Vice video: “It doesn’t feel like sex, and it doesn’t feel like wanking either—it’s totally different.”

However, the Kiiroo isn’t just limited to long-distance heterosexual sex. One Onyx can control another male device, thanks to capacitive touch sensors along the top of the device. This opens the door for a multitude of male-on-male cam interactions as well.

“It’s a way for males who are out, who are in the closet, who are coming out, to explore their sexuality in private and experience what it’s like with another man,” explained Clayman. Clayman said Flirt4Free is also considering offering promotions for military wives and husbands with loved ones overseas. “We appreciate the military, and they’re the perfect consumer for it,” he said.

“Integration with Kiiroo and Fleshlight is ideal. What we’re seeing now with haptics is the very, very first generation, because there’s hasn’t really been a platform to use this. When you’re using virtual reality, you’re not seeing the haptics devices, so they can look like real body parts. That’s much more appealing. Once that happens, there will be revenue-positive feedback, and that will justify huge reinvestment in next generation technology.”

The future of haptics technology is “not just genital stimulation. It would be nice to make out a little bit.”

As far as virtual sex goes, however, Shuster has a more PG-13 vision for the future of the technology.

“Where I envision haptics technology in the next 5 to 10 years, it’s not just genital simulation,” Shuster said. “It would be nice to hold hands, to hug, to be able to make out a little bit. When you think about doing that with a device, the whole idea is kind of unappealing. But if you imagine fifth generation from now, [where] every little sense is transmitted [and] you’re seeing your partner, I think it’s going to become more appealing. We’re at the very beginnings. I’d compare a Kiiroo right now to a calculator to a smart phone. And I’m looking forward to when the smartphones are like [the] iPhone 6.”