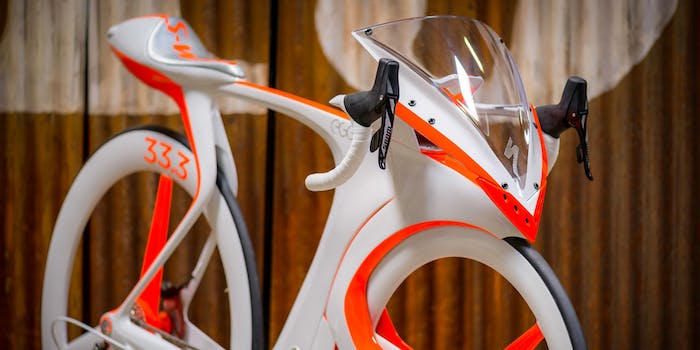 This insane custom bike uses your smartphone as its brain

One professional designer decided to throw the rules out the window

Like most modes of transportation, bicycles evolve slowly, but the California-based bike manufacturer Specialized wants throw that notion out the window.

Specialized designer Robert Egger was all too happy to do just that, and he has created a bike that is not only visually stunning, but also smartphone-friendly. 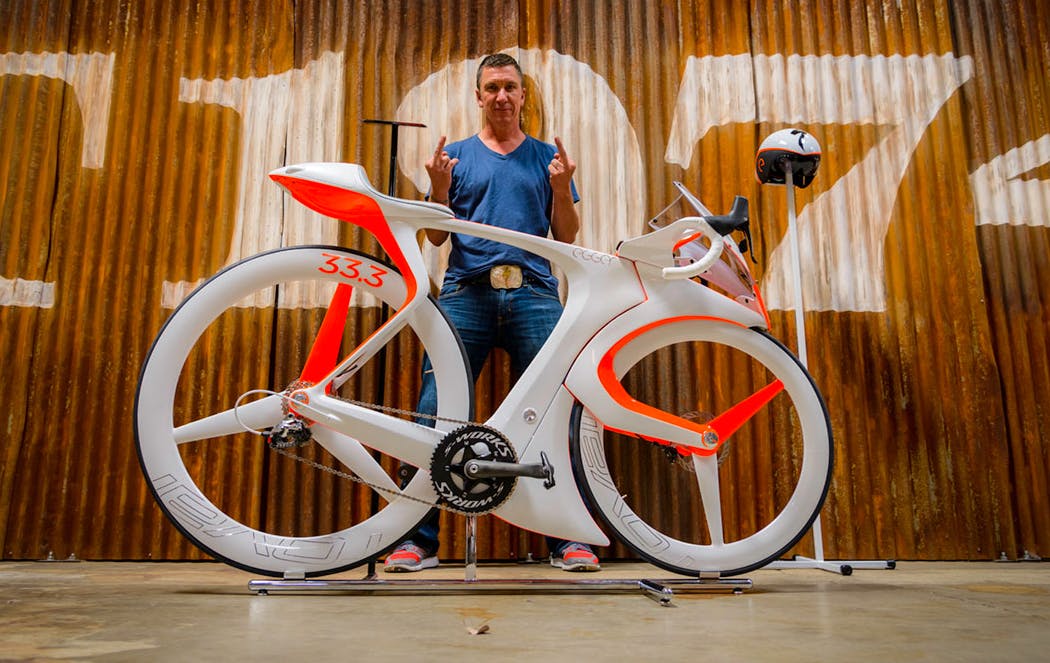 Named fUCI—a tongue-in-cheek dig at the Union Cycliste Internationale, which is the governing body of competitive cycling—Egger’s creation throws almost every bicycle design rule out the window. With two wheels of differing sizes, an air-slicing windscreen, and an electric motor embedded in the bottom bracket, it’s not the kind of ride you’d see at your local bike shop. It also happens to have a removable brain that you probably already own. “The idea would be that your smartphone runs the whole bike,” Eggers explains in a post on Specialized’s Very Special Things blog. “Everything from disabling it if you want to lock it up, to being able to program in your ride route, or suggest alternative routes if you’re trying to get to a specific place. It knows when it gets dark and turns the lights on, lets you know when tire pressure is low, or senses a car getting too close to you and warns you.”

The bike itself took a whopping six months to design, which Eggers did all in his spare time. Starting with a tiny model and eventually working his way up to the life-sized version, the fUCI ended up looking like the lovechild of a sleek triathlon bike and racing motorcycle, and the chances of you being able to buy one someday are slim, but you never know what the future may hold.