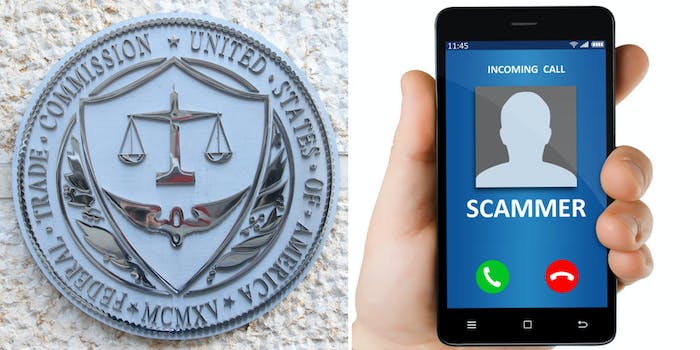 Phone scammers are impersonating an FTC commissioner, telling people they’re about to be arrested

They're pretending to be Noah Phillips.

Financial scammers are impersonating a Federal Trade Commission (FTC) commissioner and defrauding people, according to the FTC.

“You’re minding your business and the phone rings,” the FTC said in a consumer alert. “If you don’t screen and ignore it, you answer—and the caller says he’s Commissioner Noah Phillips from the FTC. (He’s not.) He gives you a badge number (it’s fake), says there’s a warrant for your arrest (there’s not), and demands that you pay up (nope).”

Phillips is one of five commissioners who make up the FTC, which enforces antitrust law and consumer protection.

The alert goes on to remind consumers that the FTC will never call, email, or text anyone and ask for money or threaten consumers with arrest.

Over 59 million Americans lost money as a result of phone scams last year—up from 56 million in 2020—according to a study from Truecaller. According to the study, 1 in 3 Americans report falling victim to a phone scam, and almost 20 percent of Americans have fallen for scams more than once. The average reported loss was $502, also up from $351 in 2020. The total amount lost to phone scams in the US last year amounted to $29.8 billion.

“Scammers are good at rolling with the punches,” the FTC said. “So let’s get ahead of them: FTC Chair Lina Khan, Commissioner Rebecca Kelly Slaughter, and Commissioner Christine Wilson ALSO will not call you to demand money. And they’ll never threaten you with arrest.”