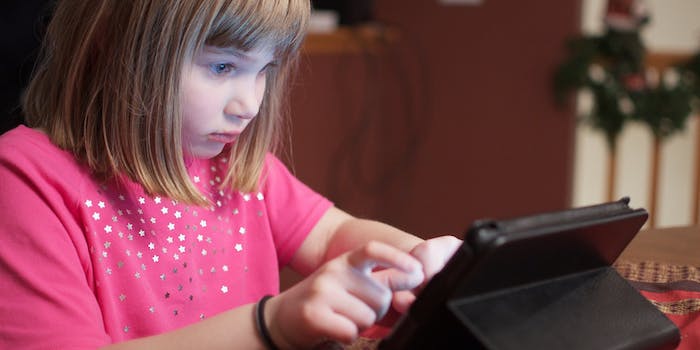 FTC sues Amazon over illegal in-app purchases made by children

Amazon says it is 'deeply' disappointed with the lawsuit.

Add Amazon to the list of tech company to feel the Federal Trade Commission’s (FTC) fury over in-app purchases made by children.

The FTC alleges that Amazon collected millions of dollars over two-and-a-half years from allegedly illegal transactions, according to a lawsuit filed in federal district court on Thursday.

“You need to obtain consumers’ informed consent before you place charges on their bills,” Jessica Rich, the FTC’s consumer protection director, said during a Wednesday afternoon press teleconference. “It is an age-old principle of consumer protection.”

Purchases targeted by the lawsuit stretch back to the beginning in November 2011, when Amazon first introduced in-app purchases. While most apps are free or extremely cheap, purchases within the app can cost as much as $99.99.

Specifically, many games designed for children—such as the ultra-popular Angry Birds series—have in-game currency that takes the form of “coins” and “stars.” Players can purchase bundles of these game currencies for real money.

The FTC alleges that for a significant period of time, making these purchases was as easy as clicking a button. Without citing a specific number, the Commission said it has received “thousands” of complaints about purchases made by children without parental consent.

Internal Amazon emails obtained by the FTC seemed to acknowledge the situation, stating that in-app purchases were “clearly causing problems for a large percentage of our customers.”

Despite updating its policies over the years, Amazon still did not meet a standard the FTC deemed acceptable.

The FTC’s main problem with Amazon’s practices is that there was seemingly little transparency in how the in-app purchase process function, and the company did not provide sufficient information to consumers.

The agency cited an example from 2013, when Amazon again amended its policy “to require password entry for some charges in a way that functioned differently in different contexts.” A game player may have been required to enter a password to make what seemed to be a solitary purchase, but that would open up a window of time that ranged from 15 minutes to an hour, during which subsequent purchases could be made without a password.

When asked for specifics on what “informed consent” in the context of mobile app purchases, Rich said the notifications need to be more explicit.

“[Amazon must] provide information that parents are likely to see about the charges and provide a mechanism that they are able to give consent for the charges,” she said.

Additionally, the FTC said Amazon maintained a no-refund policy, and even “tenacious consumers” who pursued refunds for mistaken charges were met with many obstacles.

Refunds are exactly what the FTC is seeking now for Amazon customers. Rich said the agency would not seek additional damages.

“We have continuously improved our experience since launch, but even at launch, when consumers told us their kids had made purchases they didn’t want we refunded those purchases,” Andrew DeVore, an Amazon attorney, wrote in a letter to FTC Chairwoman Edith Ramirez earlier this month.

Sen. Deb Fischer (R-Neb.), a member of the Senate Commerce Committee, also penned a letter to Ramirez in support of Amazon earlier this week.

“Few, if any, doubt that the app marketplace established in recent years by Amazon and its competitors has fundamentally expanded and improved the American economy. To pursue enforcement against these companies for specific policies in place at the market’s nascent stage would constitute a de facto tax on innovation that threatens future growth and opportunity.”

The FTC, in its announcement of the legal action, seemed to suggest that Amazon finally updated its in-app purchase policy in a way that would be compliant with regulations last month. With a lawsuit pending, Rich would not comment further on Amazon’s current policy.

Earlier this year, Apple settled in a similar lawsuit brought by the FTC and agreed to pay $32.5 million back to consumers. The FTC also brought charges against T-Mobile just last week for allegedly adding bogus charges on customers’ phone bills.

Photo by TimWilson/Flickr (CC BY 2.0)