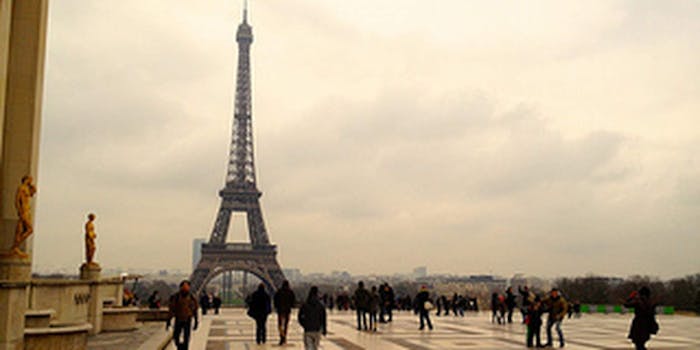 France wants to tax U.S. media companies for not being French enough

France’s Superior Council of Audiovisual issued a report to the government suggesting that taxing global media companies like Google, YouTube, and Facebook was within the country’s power, since France taxes companies that distribute non-French culture in France. It’s a somewhat insane plan that probably won’t succeed—France is only allowed to tax companies that make revenue within France under this provision, and none of these major Internet platforms do that. Even if they changed the law to include Google et al in the taxable category, France would get an immense amount of push-back.

It’s a cockamamie scheme that’s most likely not going to happen. But I can’t blame them for trying to do it, because I know what this type of plan can create.

I spend a lot of time in Canada, land of nice people and money with hockey players on it. I like it up there, give or take a crack mayor. One thing I’ve noticed while listening to the good old Canadian radio is just how often I hear Canadian artists . And it’s not just because Montreal and Toronto have kickass music scenes with almost mind-bogglingly dense talent pools, although that’s true. It’s because Canadian law stipulates that a certain percentage of the music played and films and TV shows aired must be Canadian. Stuff like Little Mosque on the Prairie and Corner Gas—distinctly Canadian shows that have never made it across the border—still get made because the government wants distinctly Canadian media to exist.

It’s interesting and eye-opening that initiatives exist to help people who don’t live in the entertainment capital nation of the western world a chance to produce culture that’s relevant to them, even if it doesn’t have qualities that will ensure a crossover hit. It’s a good policy, in my humble American opinion. Yes, it ignores the logic of the global market and capitalism and requires government intervention. But it does help Canada maintain a cultural identity that’s distinct from the U.S., and that’s, you know, important to Canadians. Not everyone wants a homogenous monoculture dictated by the most common denominator.

France also subsidizes its culture, partly by enforcing cultural protection laws that tax foreign-made cultural products. These “not French enough” taxes are used to make stuff that IS French enough (Amelie, probably?) and they help keep the French culture industry going. This tax scheme is not the right way to go about coming up with the subsidy, but France’s dedication to maintaining unique cultural products isn’t stupid.

Some reports of this story aggressively ripping into France for their tax plan—and to be fair, this specific incident doesn’t make a ton of sense. But these arguments are entirely dismissive of the underlying idea that putting government money into producing French culture is a waste; this Forbes article calls it a poor use of resources and that nobody watches French movies anyway.

While you can make the argument that governments should prioritize things like budget deficits over arts funding, it’s a little disingenuous to suggest that France’s subsidies have wrought no cultural value.

France exalts film an important part of its cultural identity, something worth subsidizing. Just because it requires the nation to pay for it doesn’t mean it’s not worth it. The National Parks aren’t exactly huge money-makers for the United States, but we maintain them because politicians felt they would make our country a better place. The French value native filmmaking, so the underlying idea of subsidizing this patch of culture is entirely appropriate. The specific plan proposed, however, is utterly unviable. If the French end up successfully taxing YouTube, Facebook, and Google for this, I’ll eat a frilly French shoe.

France previously considered levying a smartphone tax in the past as a way to support its cultural subsidies, and that plan makes more sense than this idea to tax Google and Facebook. Although I disagree with Worstall about the worth of the subsidies, I agree with him when he says that France should tax its own citizens to pay for its devotion to its exception culturelle.