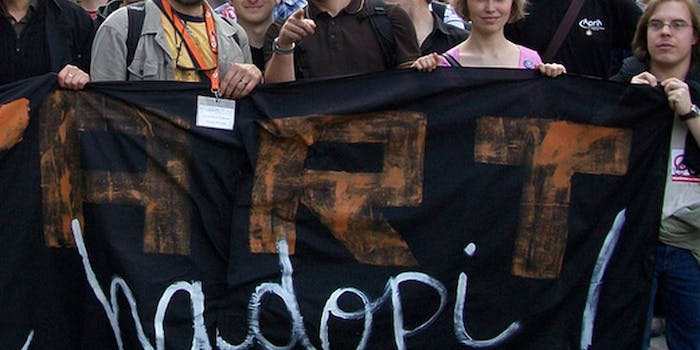 France led the world in creating its strict “Three Strikes” law against Internet piracy, under which Internet pirates users could be legally banned from having Internet access.

Now it seems to be leading the opposite direction.

Called HADOPI, after a French acronym, France’s system emails a warning to citizens who illegally downloaded copyrighted material. If they’re caught twice more, their service would be, at least theoretically, shut off for an entire year. It’s a trailblazing law that inspired similar initiatives, including, notably, American and British versions that are supposed to be implemented this year and in 2014, respectively.

But in an interview with Le Nouvel Observateur, France’s Minister of Culture, Aurélie Filippetti, said she wanted to strongly cut the program’s budget, and perhaps overturn it entirely. Echoing critics of the system, Filippetti said that while HADOPI cut down on piracy, it did little to actually promote digital sales.

“HADOPI has not fulfilled its mission of developing legal content offerings,” Filippetti said, noting the program costs €12 million ($14.8 million) a year. That’s “expensive to send a million emails,” she added.

Because of that, Filippetti said, she’s recommending that HADOPI’s budget be slashed for the rest of the year. A new commission will begin in September to reevaluate the program, and change or possibly dismantle it by March 2013.

As of June 2012, the program had sent just over a million first warnings, just under 100,000 second warnings, and 314 third and final warnings. All of those final warnings are under review, though, and no one’s service has actually been cut off.

The United States will supposedly get a similar system later this year called the Copyright Alerts System. Unlike HADOPI, which is a federal law, the CAS is a voluntary agreement between the country’s biggest Internet service providers and lobbyist groups that represent the music and film industries.

Recently-leaked documents indicate that the Recording Industry Association of America, which represents the music lobby and is a major member of the CAS, has held up HADOPI as an example of why harsh graduated response systems—ones that threaten to fully cut off customer Internet access—work.

But maybe they don’t. Representatives for the CAS didn’t return immediate request for comment.