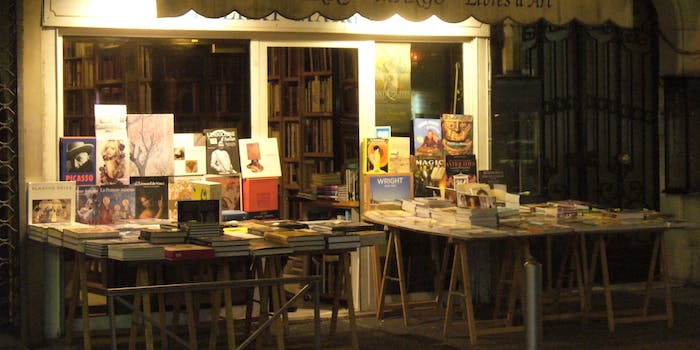 It's a legal victory for the country's clean, well-lighted places.

The government of France, sympathetic to small bookstores’ difficulty in competing with Amazon, is set to pass a law to hamper the retail giant.

The French Senate unanimously approved the so called “anti-Amazon” bill Thursday, which will keep online stores from giving free deliveries on discounted books. It’s expected to be signed soon by President Francois Hollande, the AFP reported.

Aurelie Filippetti, the country’s Minister of Culture, has previously accused Amazon of planning to keep prices lower than smaller bookstores could compete with, with the aim of raising prices back up once many went out of business.

“Once they are in a dominant position and will have crushed our network of bookshops, they will bring prices back up,” Filippetti said in October, when the bill passed through the country’s National Assembly, the lower house of Parliament.

France has a long history of protecting its smaller bookstores from getting priced out. In 1981, its government ruled that all publishers must create a standard price for each book, and that no retailer could sell them for less than five percent off that price. Under the new law, Amazon can still at least add that discount.

Photo via candyschwartz/Flickr (CC BY 2.0)