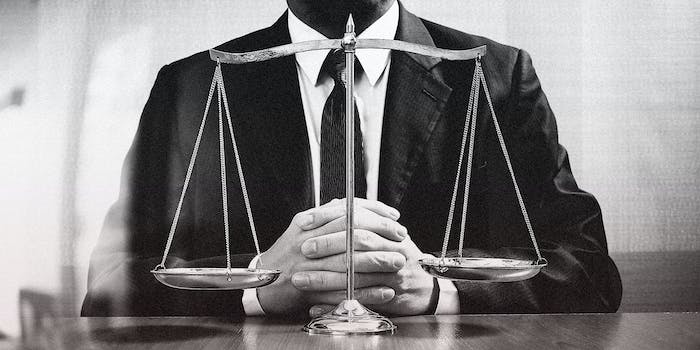 Critics say the report shows the law was a 'complete disaster.'

A report from the Government Accountability Office (GAO) has found that the highly criticized law SESTA/FOSTA has rarely been used by the Department of Justice to award civil damages for victims of online sex trafficking, which was ostensibly one of the goals.

SESTA/FOSTA has been widely criticized since it passed in 2018. The law amended Section 230 of the Communications Decency Act to allow for the immunity it affords all websites for being held liable for user content to be stripped away if the site “knowingly” allowed sex trafficking.

But it had far-reaching consequences, particularly for sex workers. The law forced numerous sites that sex workers used for advertising to close down. It also caused message boards where sex workers could talk about and screen clients to shutter, as Vox reported in 2019. With a lack of online space, the law led to more sex workers becoming houseless and led to sex workers being killed, according to Vox.

Criticism of the law has also come up as more calls among lawmakers grow to amend Section 230, since SESTA/FOSTA was the first law that amended it.

In January, numerous advocacy groups urged President Joe Biden against making sweeping changes to Section 230, using what happened with SESTA/FOSTA as an example.

“The impacts of this law were immediate and destructive, limiting the accounts of sex workers and making it more difficult to find and help those who were being trafficked online,” the groups wrote at the time, adding: “This was widely seen as a disaster that made vulnerable communities less safe and led to widespread removal of speech online.”

When it was passed, the law included a provision for the GAO to provide details on restitution and civil damages. The report was released on Monday.

The GAO report found that the law has only been used by the Department of Justice in one June 2020 criminal case, but as of March “restitution had not been sought or awarded.”

The GAO says Department of Justice officials said they have not brought more charges under the law because “the law is relatively new and prosecutors have had success using other criminal statutes.”

Critics of the law say the GAO study shows that SESTA/FOSTA has a “complete disaster.”

“The GAO report confirms our worst fears: FOSTA/SESTA was a complete disaster,” Sarah Roth-Gaudette, executive director of Fight for the Future, said in a statement. “Lives were put in danger when sex workers in the U.S. were forced to retreat into the darkest corners of the internet without visible structures for protection. And now we learn that the law has only been used once in its three-year history. Until we fully study the unintended consequences of amending Section 230, by investigating the impact of FOSTA-SESTA, we cannot pretend that uncareful changes to Section 230 will not harm the most vulnerable and marginalized members of society.”

Evan Greer, the director of Fight for the Future, added in a tweet that the law “utterly failed to accomplish its goal.”

“It would be really cool if lawmakers clamoring to change Section 230 even briefly acknowledged that SESTA/FOSTA, the last change to Section 230, utterly failed to accomplish its goal and got vulnerable people killed in the process,” Evan Greer, the director of digital rights group Fight for the Future, tweeted.