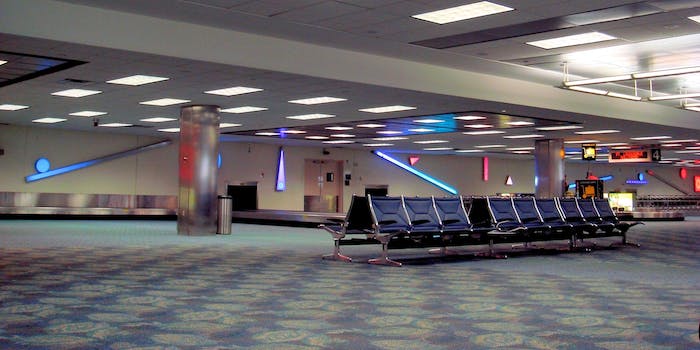 A shooting at the airport in Fort Lauderdale, Florida, has left at least five people dead and eight others injured, according to police.

Broward County Sheriff’s Office tweeted that “multiple people” were killed in the attack. CNN has confirmed that five victims have died. The sheriff’s office later said five people had died from their injuries, while eight others suffered injuries. Police did not release any other details about the victims.

Police tell CNN they have arrested one suspect, whose identity is reportedly 26-year-old Esteban Santiago, according to Sen. Bill Nelson (D-Fla.), who told MSNBC that Santiago was carrying a military ID. The FBI is questioning Santiago, who was arrested without incident.

Broward police say the suspect used a firearm that he checked in his bag to carry out the shooting. The suspect declared the firearm when he checked his bag, authorities said.

Authorities believe there was only one person involved in the shooting.

There is an ongoing incident in Terminal 2, Baggage Claim. Media availability is at the staging area.

Travelers were evacuated from Terminal 2 following the shooting as a precaution. Some were held on the tarmac. 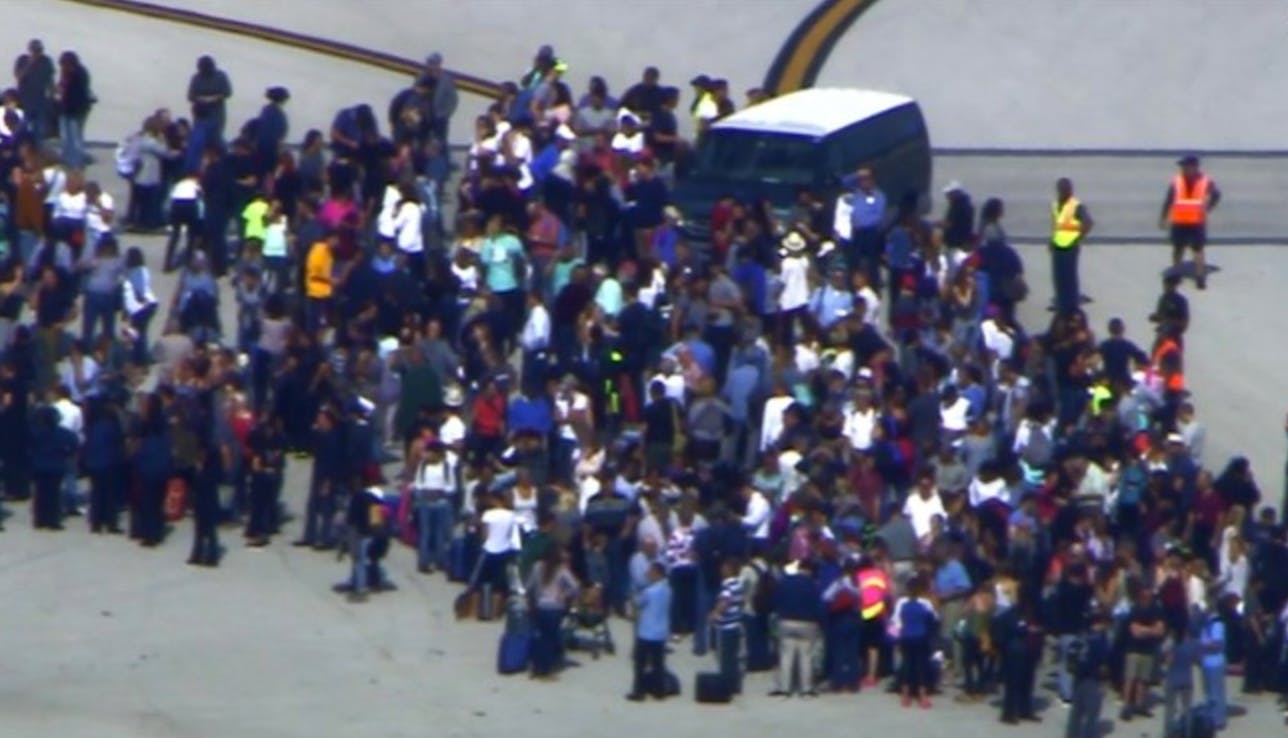 George W. Bush was at the airport when the shooting occurred.

I'm at the Ft. Lauderdale Airport. Shots have been fired. Everyone is running.

All seems calm now but the police aren't letting anyone out of the airport – at least not the area where I am.

Update: 1:42pm ET, Jan. 6: Authorities tell CNN that they believe the suspect shooter acted alone. The airport is expected to be shut down for several hours.

Update 1:49pm ET, Jan. 6: Broward County Sherrif’s office says “multiple people” have been killed in the shooting. The exact number of victims has not yet been released. We have updated our headline to account for the new information.

Update 2:27pm ET, Jan. 6: A second incident appears to have occurred. Several dozen travelers began running outside of the airport after being allowed back inside. Details about the second incident remain unknown.

Update 3:50pm ET, Jan. 6: Police say five people have died, eight others suffered injuries. They also say the suspect used a firearm that he properly checked in his bag.