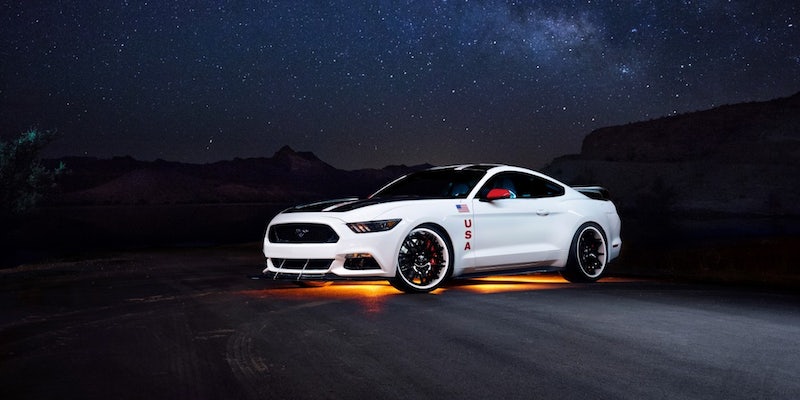 Salute when you see it.

For the past eight years, Ford has worked in partnership with the Experimental Aircraft Association (EAA) to create stylized Mustangs inspired by achievements in aviation. This year, the car manufacturer has outdone itself in paying tribute to the Apollo moon missions and creating what may be the most American car ever.

The 2015 Ford Mustang GT already has an extremely recognizable look to it, but this makeover will assuredly catch your eye if you see it rocketing down the street. Borrowing its scheme from the NASA Apollo program, it features a glossy white and black paint job. On the hood is a white strip that cuts through the black paint, with “United States” written in red. 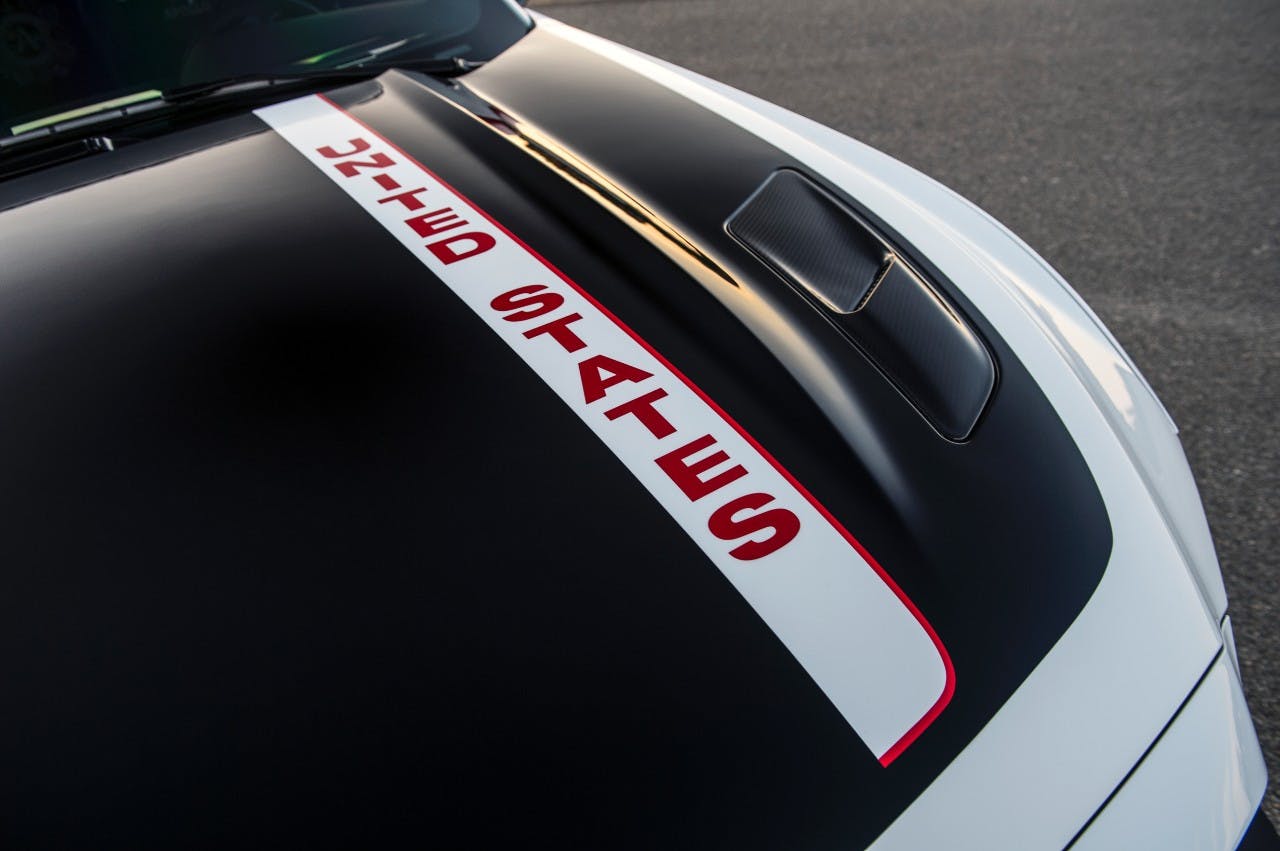 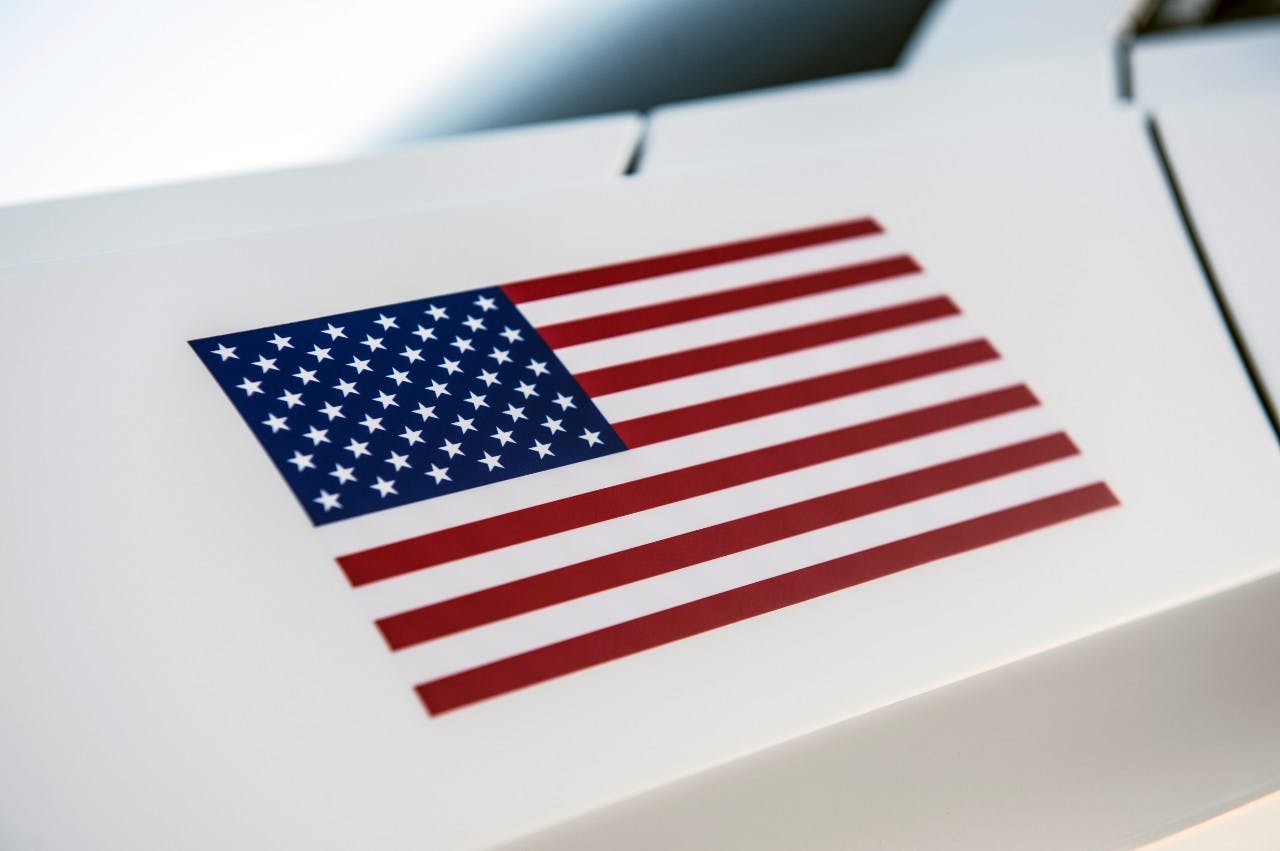 The Apollo Edition Mustang is also equipped with a carbon fiber front splitter, rear diffuser, rocker moldings, and accent treatments for a ready-for-space travel look. On the underbelly of the vehicle is LED lighting to “symbolize atmospheric re-entry. 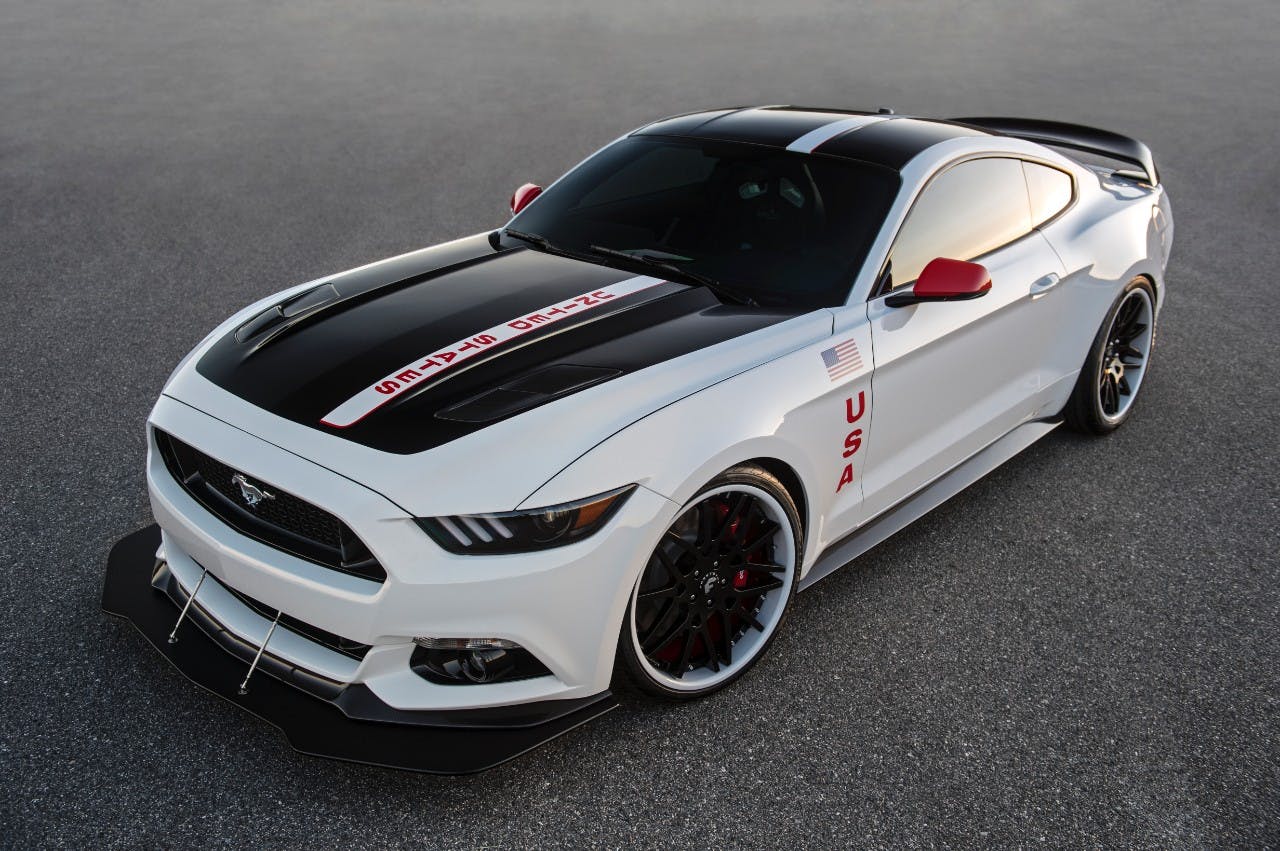 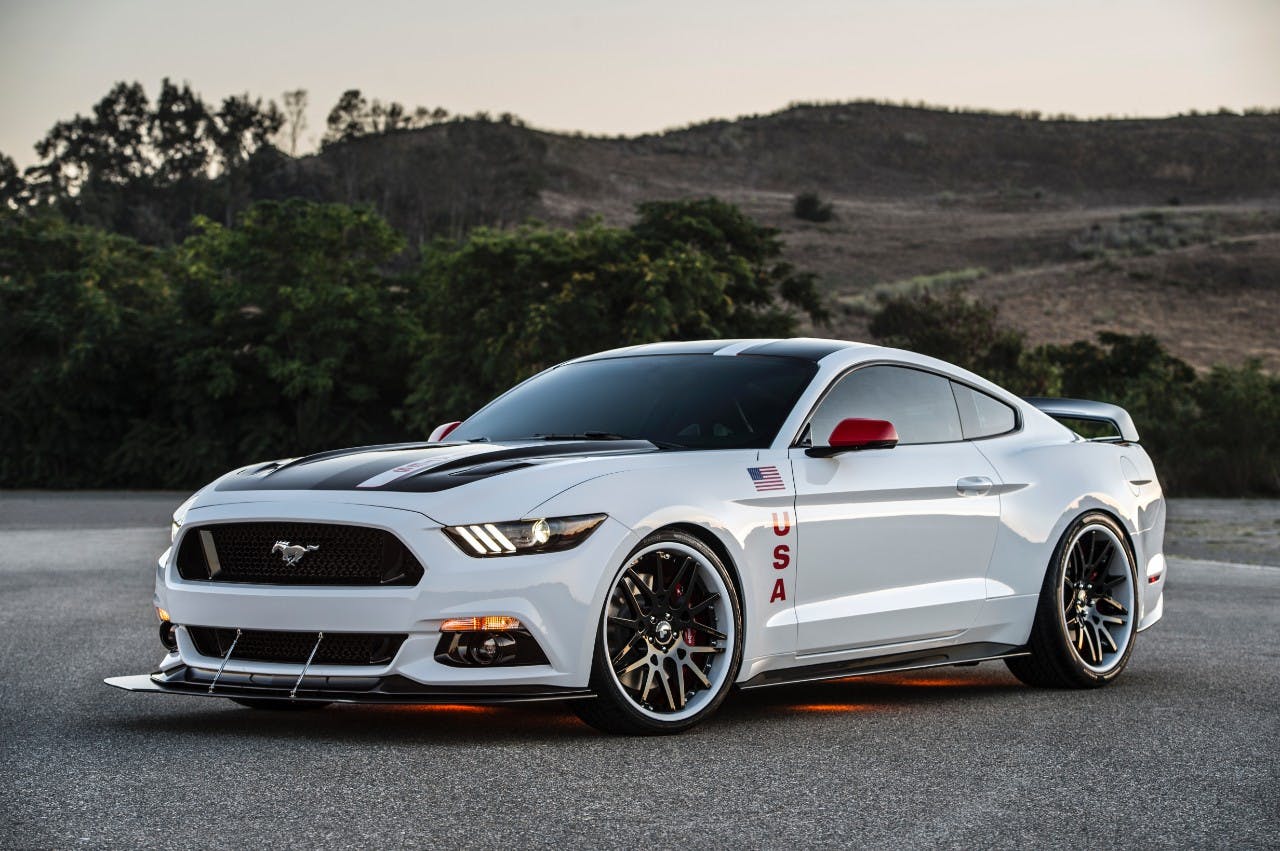 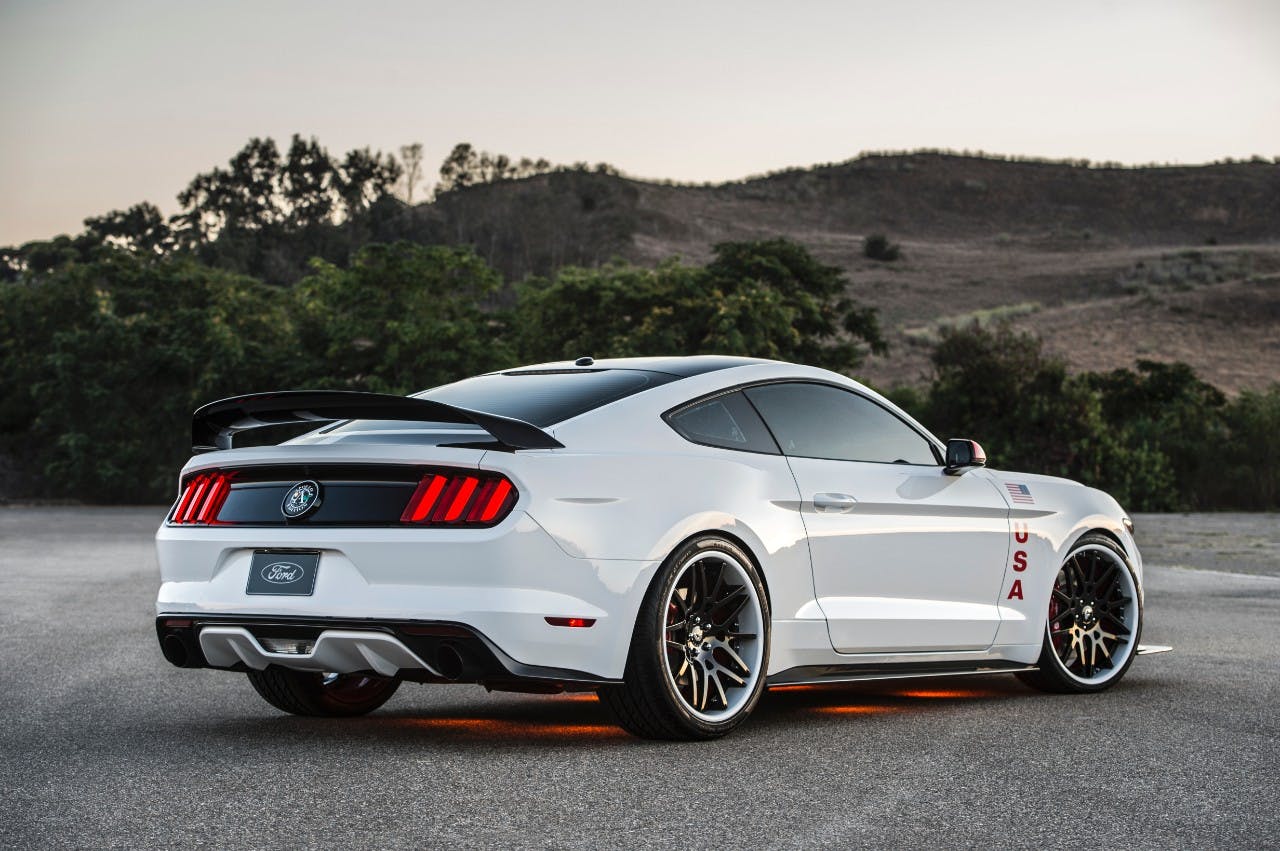 And it’s not just the exterior of the car that got a makeover. Ford ramped up the Mustang to give it something closer to the power of a rocket leaving the launchpad. The engine has been cranked up to deliver 627 horsepower and 540 lb.-ft. of torque. The company is also including a performance package tuneup, sport-tuned suspension, six-piston Brembo brakes, custom Forgiato 21-inch performance wheels, and X-pipe with side and rear exhaust. 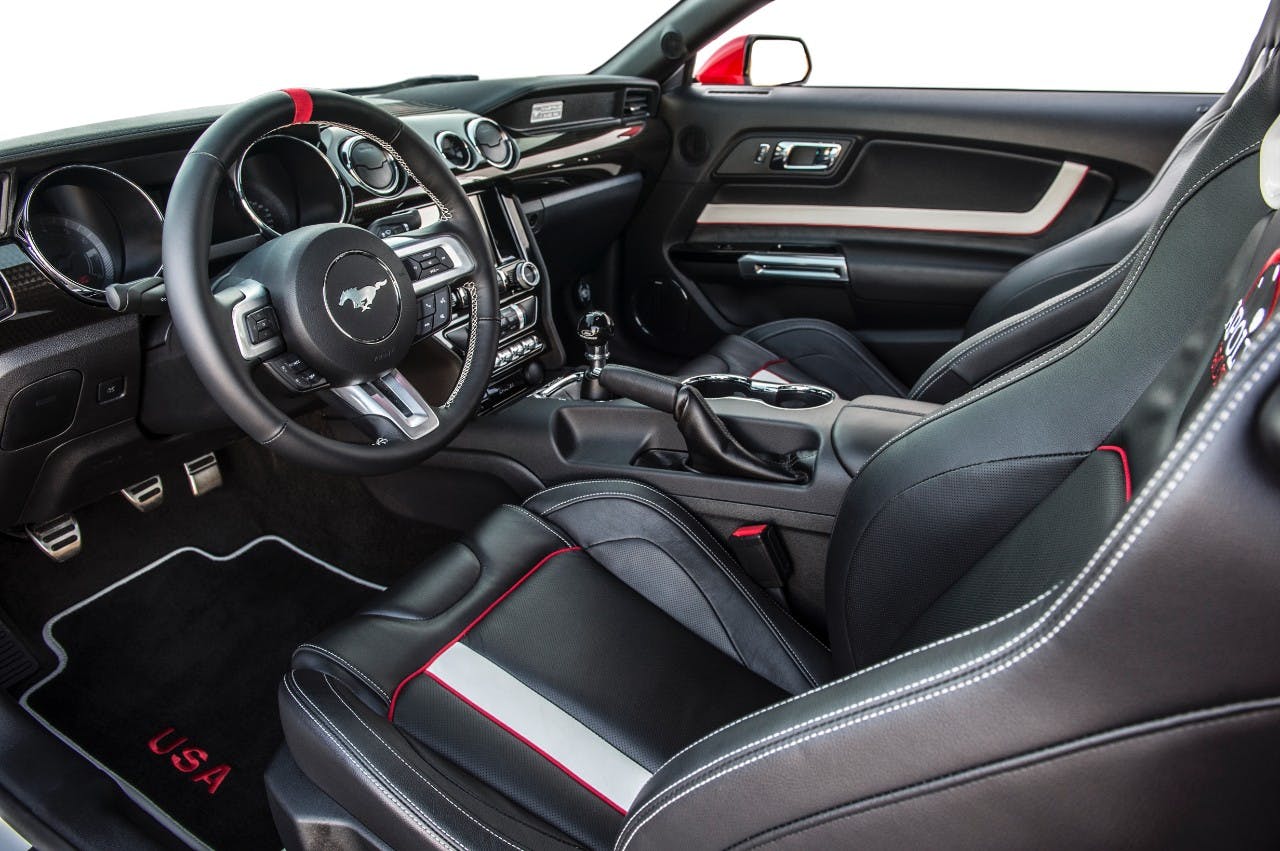 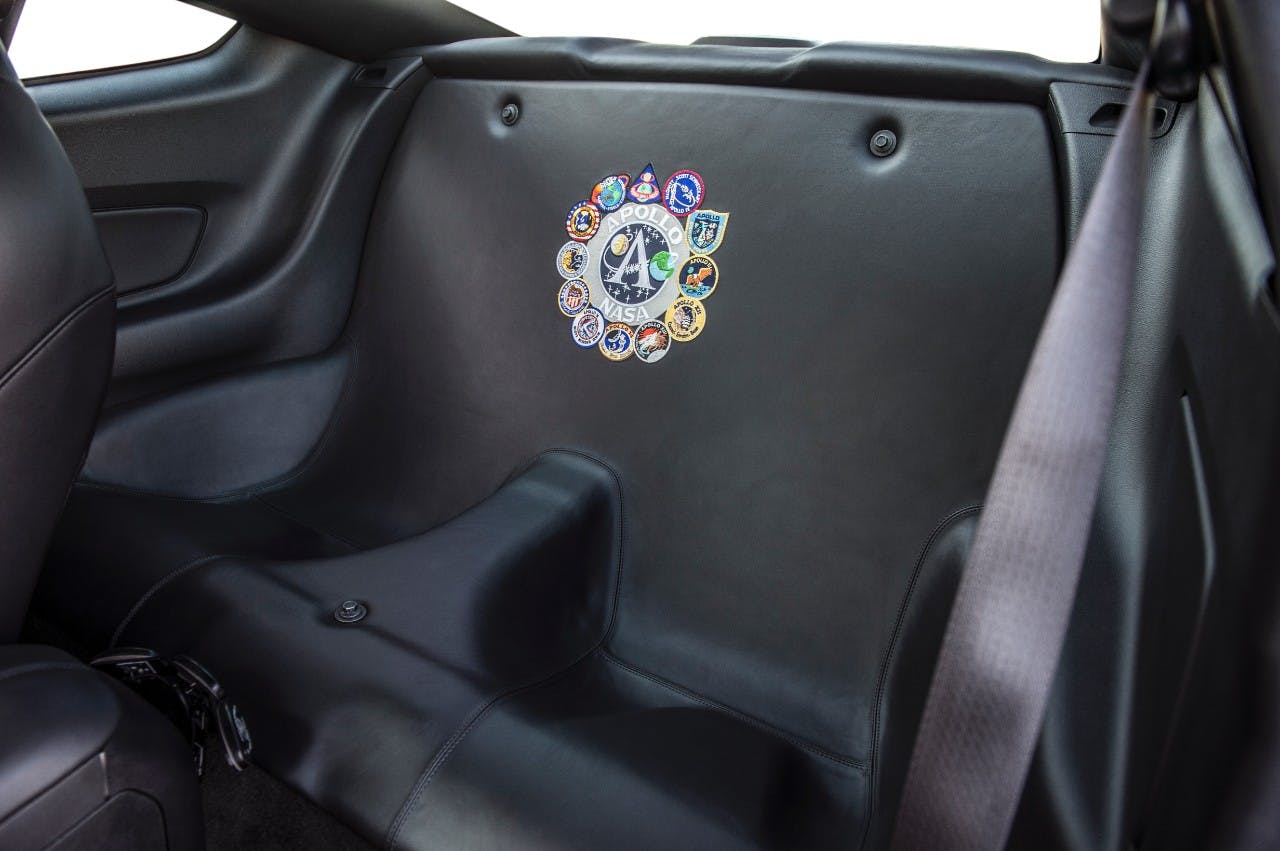 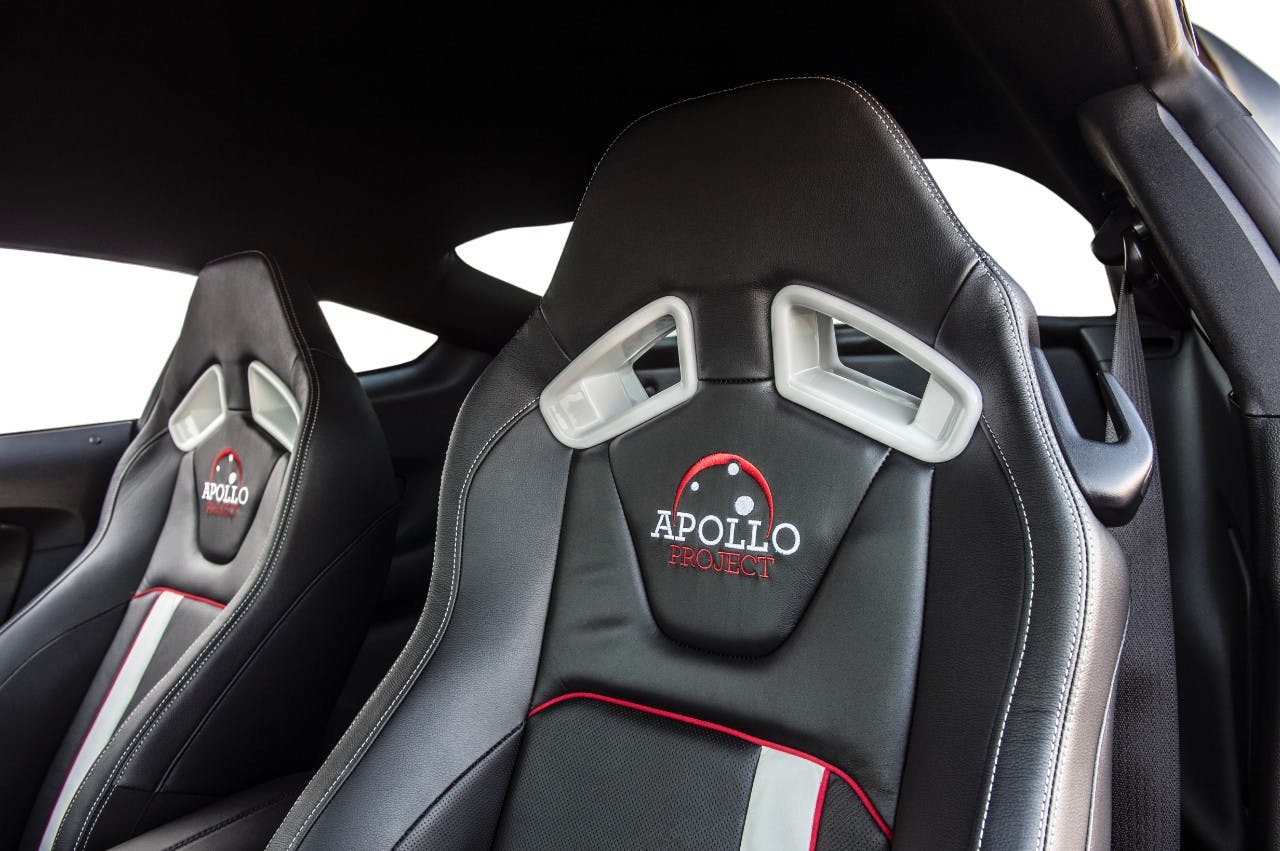 It all adds up to a car that has the look and feel to carry on the Apollo name. The car will be auctioned off at a charity event held July 23 at EAA AirVenture in Oshkosh, Wisconsin. Ford expects the event to draw over 1,000 attendants. Previous auctions have raised over a combined $3 million.