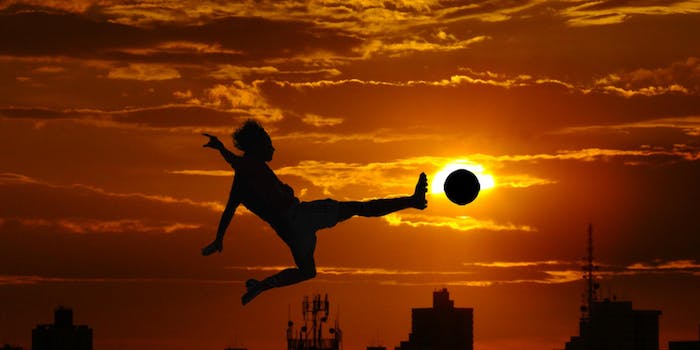 The legendary Football Manager game has built a following of dedicated soccer fans. The game, although relatively simple, allows players to live out the fantasy that they could lead a professional soccer team to victory. Now, the popular simulation game is to become an official source of information for real managers and player scouts, as statistics from Football Manager will be hooked up to the software real clubs use for scouting players.

Currently, many top English clubs use the Prozone Recruier software to monitor 80,000 players worldwide. Now the vast pile of data compiled by Sports Interactive, the company that owns the Football Manager game, will be integrated into Prozone software to offer clubs even more information on players.

After the deal was struck, Prozone CEO Thomas Schmider gave a vote of confidence to the world’s bedroom managers, noting how the data used by the game—formerly known as Championship Manager—is a “highly accurate and valuable resource” for professional coaches. In many cases, numbers compiled by Football Manager over more than two decades are more extensive than the Prozone statistics currently used by real clubs.

“For years we’ve heard stories of real-life managers and scouts using our data to help with the recruitment process,” said Sports Interactive studio director Miles Jacobson to the Guardian. “From now on, it’s official…real managers around the world will be finding and comparing players using data and a search system that will be very familiar to players of Football Manager.”

“The information gathered by our network of more than 1,300 scouts around the world, combined with Prozone’s amazing performance data, makes this an invaluable tool for any football club that takes player recruitment seriously.”