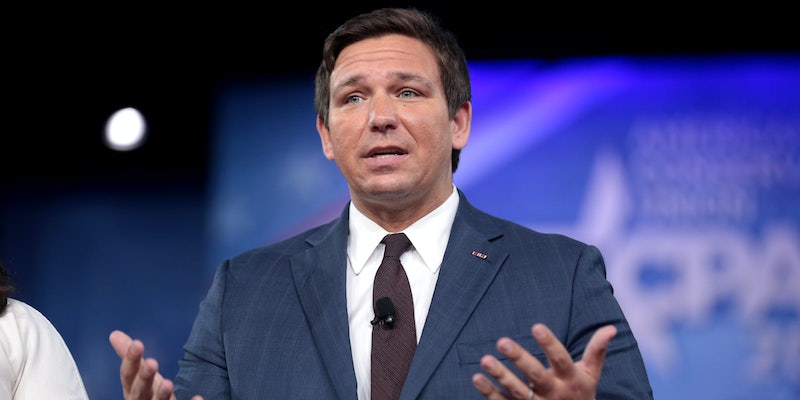 The judge agreed the law likely violated the First Amendment.

A federal judge blocked a highly criticized Florida law that would allow the state to fine social media companies that banned political candidates.

On Wednesday, U.S. District Judge Robert Hinkle of the Northern District of Florida issued a preliminary injunction against Florida’s law, which was signed into law by Gov. Ron DeSantis (R). It was scheduled to go into effect Thursday.

Hinkle granted the preliminary injunction and agreed that the trade groups representing internet companies that sued Florida over the law were likely to prevail in their arguments that the law violates the First Amendment.

“The plaintiffs are likely to prevail on the merits of their claim that these statues violate the First Amendment,” Hinkle wrote. “There is nothing that could be severed and survive.”

The law would make it illegal in Florida for a social media platform to ban a candidate running for office for more than 14 days and could face fines if they did not comply.

It was passed through the state’s legislature and signed by DeSantis after former President Donald Trump was banned from Facebook, Twitter, and YouTube following his posts amid the Capitol riot in January.

DeSantis plans to appeal Hinkle’s decision, according to the Washington Post.