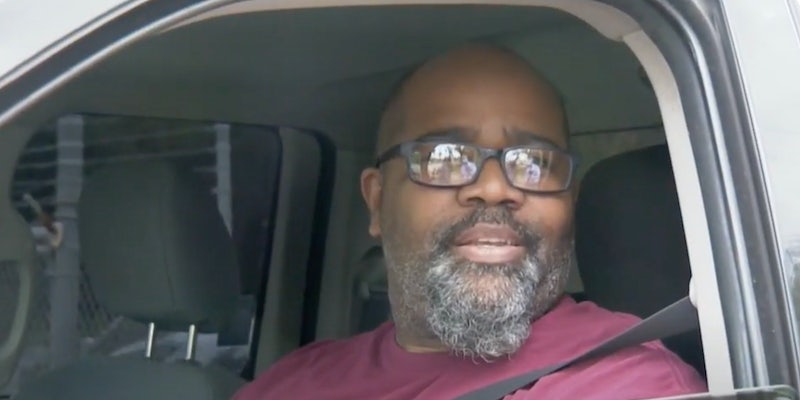 He threatened layoffs 'if Biden and the Democrats win.'

In Orlando, a worker who spoke candidly about a pointed letter from his Trump-supporting boss threatening layoffs if Democratic nominee Joe Biden won the upcoming presidential election was fired.

George Daniels, president of aerospace electronics company Daniels Manufacturing Corporation, reportedly included a letter with recent employee paystubs that read: “If Trump and the Republicans win the election, DMC will hopefully be able to continue operating, more or less as it has been operating lately.”

Additionally, Daniels reportedly continued, “However, if Biden and the Democrats win, DMC could be forced to begin permanent layoffs beginning in late 2020 and/or early 2021.”

“Everybody has a choice to make their own decision,” he says. “I don’t feel like it was correct to do something like that. That’s like me coming to work—and I should come in here, and I should wear a Black Lives Matter shirt and bring out hats and pass them out to everyone. I felt like it was unfair.”

Smith was later fired and has since retained an attorney in preparation for a lawsuit. He believes he was fired because he spoke out about the letter.

Daniels Manufacturing reportedly has a Trump banner displayed on its flag pole. According to WESH, campaign finance records show Daniels has “contributed more than $600,000 to (Trump) and PACs that are supporting him and other Republicans this election cycle.”

WESH also found that Daniels applied for Paycheck Protection Program (PPP) money, intended to keep businesses afloat during the current economic downturn. According to documents, Daniels Manufacturing may have received up to $2.5 million.