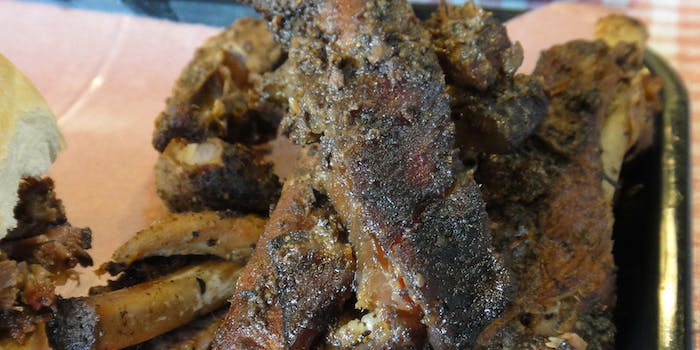 When you think of family-friendly barbeque chain restaurants like Florida-based franchise Sonny’s Real Pit Bar-B-Q, you normally wouldn’t associate it with online sex trafficking. Yet in a burst of what can best be described as entrepreneurial spirit, the Florida City businessman Dean Moreau apparently decided to merge his dual passions for cured meats and sex tourism. The 44-year-old restaurant manager is allegedly running a prostitution review site out of his Sonny’s franchise.

According to a Miami New Times investigation by reporter Allie Conti, Moreau is a managing member of Monger (short for “whoremonger”) Network, a site that hosts message boards for hobbyists to post reviews of prostitutes around the world. The site includes such features as the “Wall of Shame” (for “bad performers and bad apples”) as well as nude photos, which distinguishes it from other escort review sites.

While $40 subscriptions to the site are processed through Moreau’s Sonny’s BBQ franchise in Florida City, when reached for comment Moreau initially claimed that his side business was a website that specialized in international travel discounts. Yet upon further questioning, Moreau said that all of his mail is delivered to Sonny’s, and he is processing subscription money for a “friend” (the admin for Monger Network is a man who goes by the pseudonym “Jonesie,” a Colombia resident and self-described “Internet marketer” who allegedly registered the domain for Monger Network in 2010).

So how does Sonny’s Bar-B-Q Pit, a Florida-based chain with 126 locations in the Southern states, feel about their franchisee doing double-duty in two different meat markets? In a statement to the New Times, the chain’s public relations manager said Sonny’s requires its franchisees to adhere to “the highest ethical and moral behaviors and standards,” and its franchising contracts strictly prohibit “illegal or immoral activity.”

This is not the first time a fast-food franchisee has been accused of using their restaurant as a front for illegal practices: last October, a Wisconsin restaurateur was accused of running a drug ring out of three McDonald’s franchises, and in 2012 a California woman sued the fast food giant for selling a franchise to her ex-husband, who allegedly forced her into prostitution. So the next time you go to a fast food chain, you can probably get a helluva lot more than fries with that.