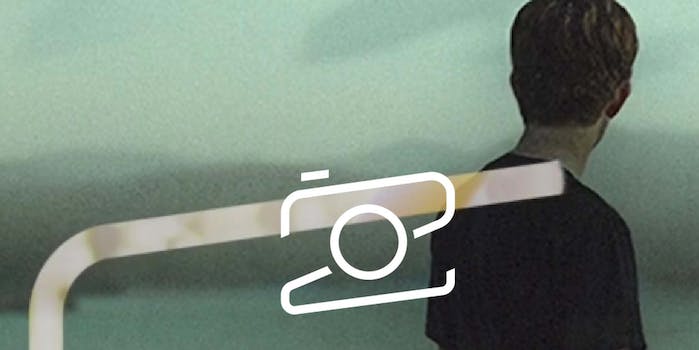 It's no Instagram—but that's a good thing.

With Tumblr under its wing, Yahoo wants to turn its loved online photo community into a place for teens, too.

We spoke to Flickr Vice President Bernardo Hernandez about how Flickr plans to stay relevant—and how it can appeal to a new generation of iPhone-toting photographers.

“I was shocked to see how many people under the age of 20 and 25 were in our user base,” Hernandez explained. “My perception was… it probably skewed toward more sophisticated photographers. I saw these numbers and was like okay, we have to do something with this.”

That something is Flickr’s 20 under 20, a contest curated and judged by members of the Flickr community, including Hernandez. The honorees dot the globe—only 11 are from the U.S.—and range in age from 15 to 20, though at least one began shooting at age 10.

The contestants will be judged on “their creativity, technical talent, and overall strength of portfolio.” They winners will be featured across Yahoo and Flickr over the course of the year and celebrated in a gala at Manhattan’s Milk Studios on Oct. 1 in partnership with Vogue’s Photography Director Ivan Shaw. Shaw selected one of the contestants, Laurence Philomene, as the recipient of the contest’s Curator’s Choice Award. Other winners will be crowdsourced through hashtag campaigns on Twitter, in categories like “Most Creative,” “Best Technique,” and “Strongest Portfolio.”

“10 or 15 years ago it was expensive and complicated to explore the world of photography,” Hernandez said. “Very few people could afford that—[it is] no surprise the best photographers 20 years ago were older people. We believe all of that is changing with the mobile [photography] revolution.”

While Hernandez believes that photo apps like Instagram can complement Flickr, they still offer too many constraints for photographers exploring their craft. Hernandez notes that “all of them experiment with mobile,” but Flickr’s support for a camera’s EXIF data coupled with its community features and comments invites growing photographers to answer questions like “How did that guy get that shot?”

“Those kids are going to have years and years of experience… and that’s the part of history still to come,” Hernandez said. “We want to be part of that—we want to start identifying the most talented and extraordinary young photographers today so we can follow them through their exploration and their investigation.”

Flickr’s community is centered around its website, but with a major relaunch in April, the mobile experience is catching up. “Probably the only benefit of being late in the mobile game was the fact that we had almost no legacy on mobile,” Hernandez explained. But thanks to its platform agnosticism and legacy as an online photography community, Hernandez believes that Flickr is “beautifully positioned” to connect other photography apps and services, feeding them into Flickr’s vast collection of online portfolios.

To that end, Flickr is working to bring its decade-old product up to speed. “We need to do that by upgrading our technology,” Hernandez said. Over the next few months, the site will be unifying its design to a modern style guide, making it more visually consistent and more responsive. “Most importantly we’re also changing the technology behind that: We’re going from PHP to JAVA.”

Between overhauling its aging web interface and courting young users with 20under20, Flickr is buckling down for the long haul. “Genuises in general throughout history become geniuses because they start experimenting at a very early age,” Hernandez said. “One of them is probably going to become the best photographer in history.”