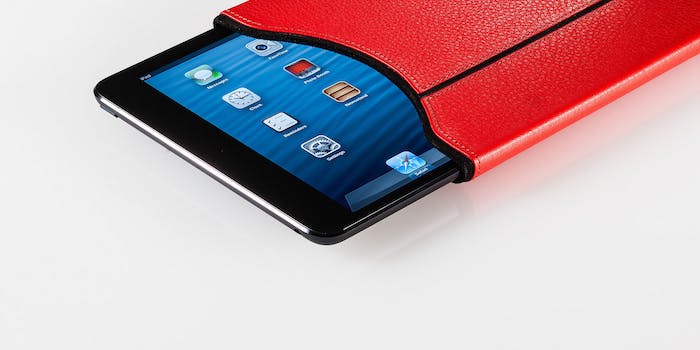 And you thought Joaquin Phoenix getting it on with his OS was weird.

Since the movie Her came out, we’ve become increasingly conscious of our intense, near-fetishistic relationship with our mobile devices. So it’s inevitable that someone would come out with a product that allows you to literally have sex with them.

Here’s a quick, shockingly semi-SFW video to show you how it works:

The concept for “various pre-recorded multimedia (photograph, video or animation) designed specifically for the tablet-penis interface” has been in development for quite some time. But the world apparently wasn’t ready for an iPad with a detachable, anatomically incorrect vagina until this week’s release.

“Although Apple doesn’t allow adult content in their App Store and generally frowns upon pornography, there are so many venues that offer iPad-compatible content that you can view from your Apple devices,” Pacheco wrote.

So go ahead, folks. Dive in. But if you do end up using the LaunchPAD, just make sure you take it off before your 4-year-old cousin comes over and asks if he can play Fruit Ninja.