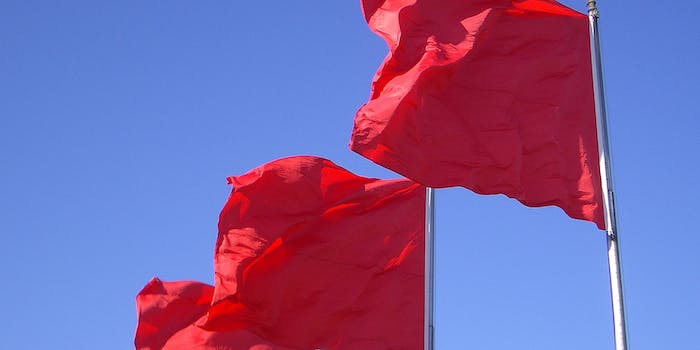 Now you can troll the NSA right from your browser

Sure, we’d all like to waste the NSA’s time and clog their surveillance channels by raising a bunch of false red flags, but creating a steady stream of misinformation is a lot of work.

Flagger!, a mischievous browser extension for Chrome by Jeff Lyon, promises to make civil disobedience as simple as surfing your favorite sites. Once you’ve installed it, you can pen a mocking message that will be appended to every URL you visit, along with select alarming keywords like “jihad” and “dirty bomb”—you can even devise your own attention-getting terms.

Fun fact: it’s illegal to shoot down Air Force One with your very own home made surface-to-air missile. #chemtrails #falseflag

Because Flagger! doesn’t work equally well across the Web, there’s a convenient on-off switch, so you only have to taunt the overreaching intelligence community when you feel like it. We’ve no idea if such behavior will bring a SWAT team to your front door, but as Lyon notes, “the U.S. government arrests people for all sorts of stupid things.” So maybe prepare for the worst.