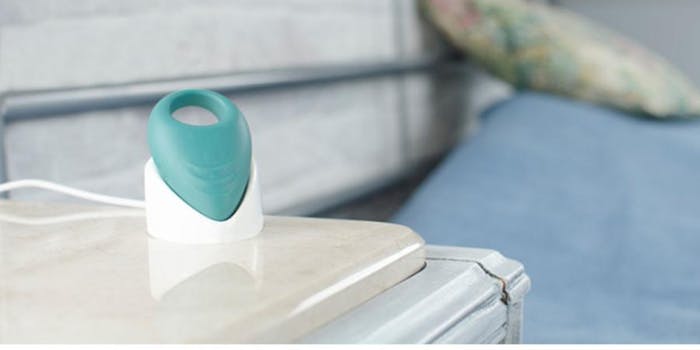 Will this FitBit for your penis kill your sex life?

We all track our sex lives. But do we really need a vibrating penis ring to tell us how we're doing in bed?

At some point or another in your sexual history, you’ve probably documented and quantified your partners’ sexual performances. Maybe you did it on an Excel spreadsheet, or on a PowerPoint presentation. I, for one, did it in high school during AP US History in the back of my planner. The fact that I got a B+ that year was nothing short of a miracle.

While we might like to think we’ve outgrown such sophomoric behavior, the fact that there’s a whole cottage industry of sex-tracking apps like Spreadsheets and Nipple indicates otherwise. Clearly, people get some form of perverse thrill knowing about the ins and outs of their sex lives, pun absolutely intended. And they want to know how they stack up next to other people as well.

That said, the question remains: Will quantifying our sex lives actually improve them at all? Or, alternatively, does anyone actually want hard data proving how good they are—or, more likely, how bad they are—in bed? Jakub Konik thinks the answer to both of those queries is yes.

“Couples like to have sex and they’re not afraid of using sex toys,” Konik told the Daily Dot over Skype earlier this week. “If you can have a sex toy that doesn’t only provide stimulation, but also provides tips [about how to improve your performance], then it’s even better.” 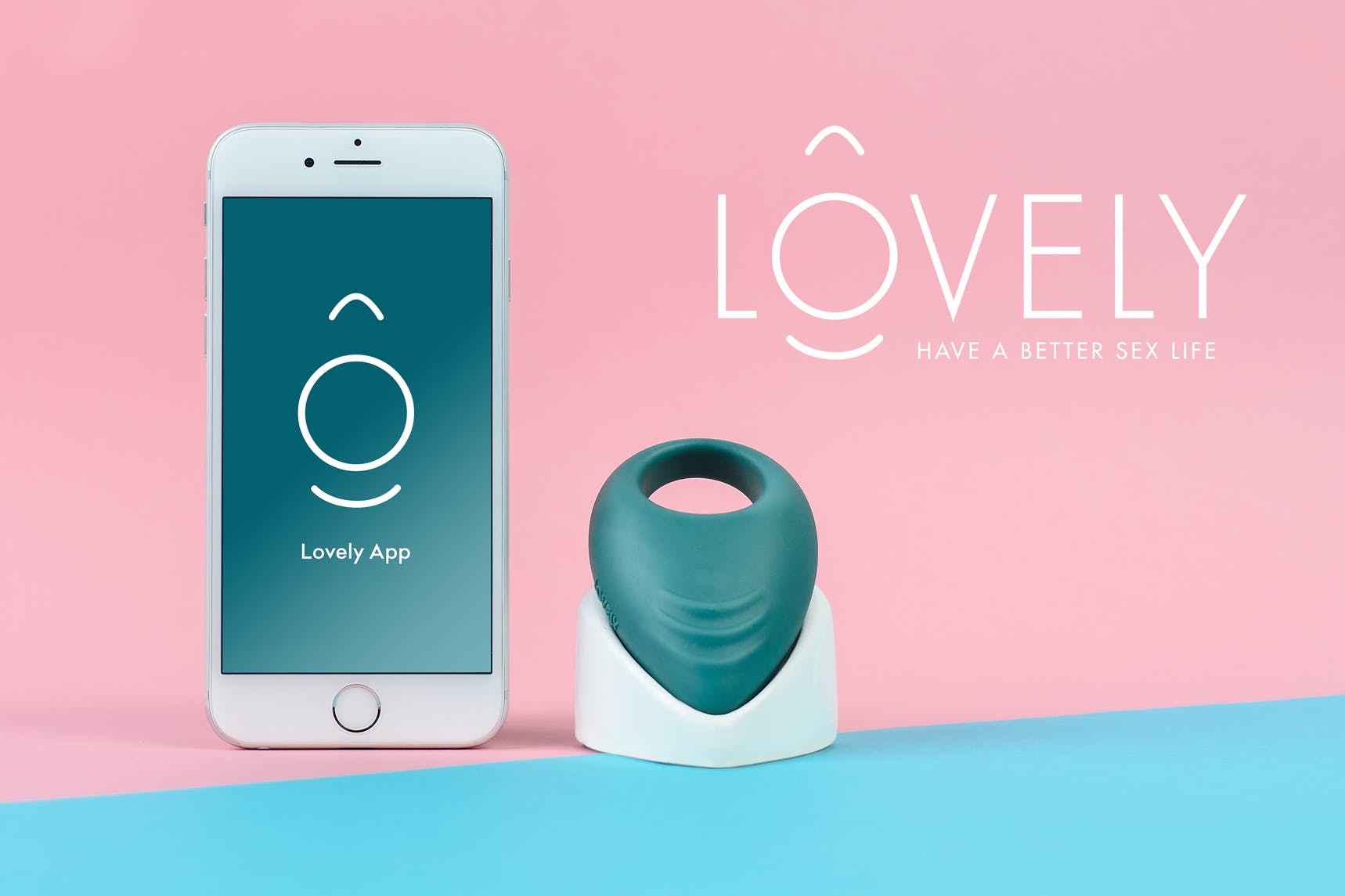 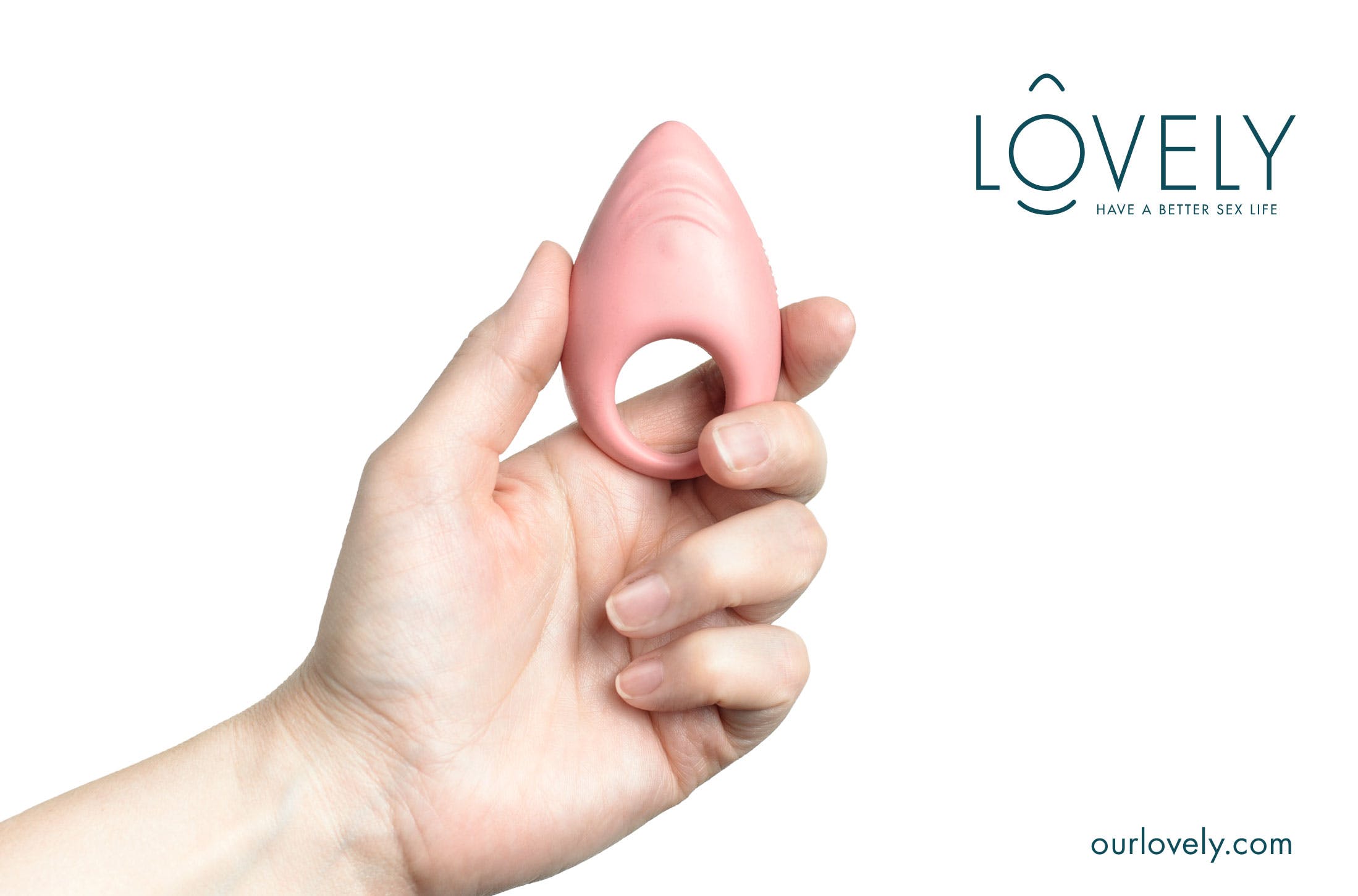 Konik thinks he’s created that toy: Lovely, a couples’ sex toy that’s currently fundraising on Indiegogo. A smooth vibrating ring that’ll cost about $169 when it launches next June, Lovely slips onto the base of the penis during sex, providing stimulation to both partners while sensors track the speed and duration of your thrusts. (The toy can ostensibly be used by same-sex couples as well—for instance, by lesbians during strap-on play—but for the most part Konik appears to frame it as a strictly dickly device.)

A former PR representative for a German sex toy manufacturer, Konik came up with the idea for Lovely about a year ago after having “a particularly dynamic time with my girlfriend” in bed.

“I wondered how many calories we’ve burned, so I wondered if there was an app for that, or a wearable,” he told the Daily Dot. After researching the exponential growth of both the wearables and sex toy industries, he came up with the idea of creating a “FitBit for sex,” which quantifies your sexual data with the aim of ultimately improving your sexual performance. 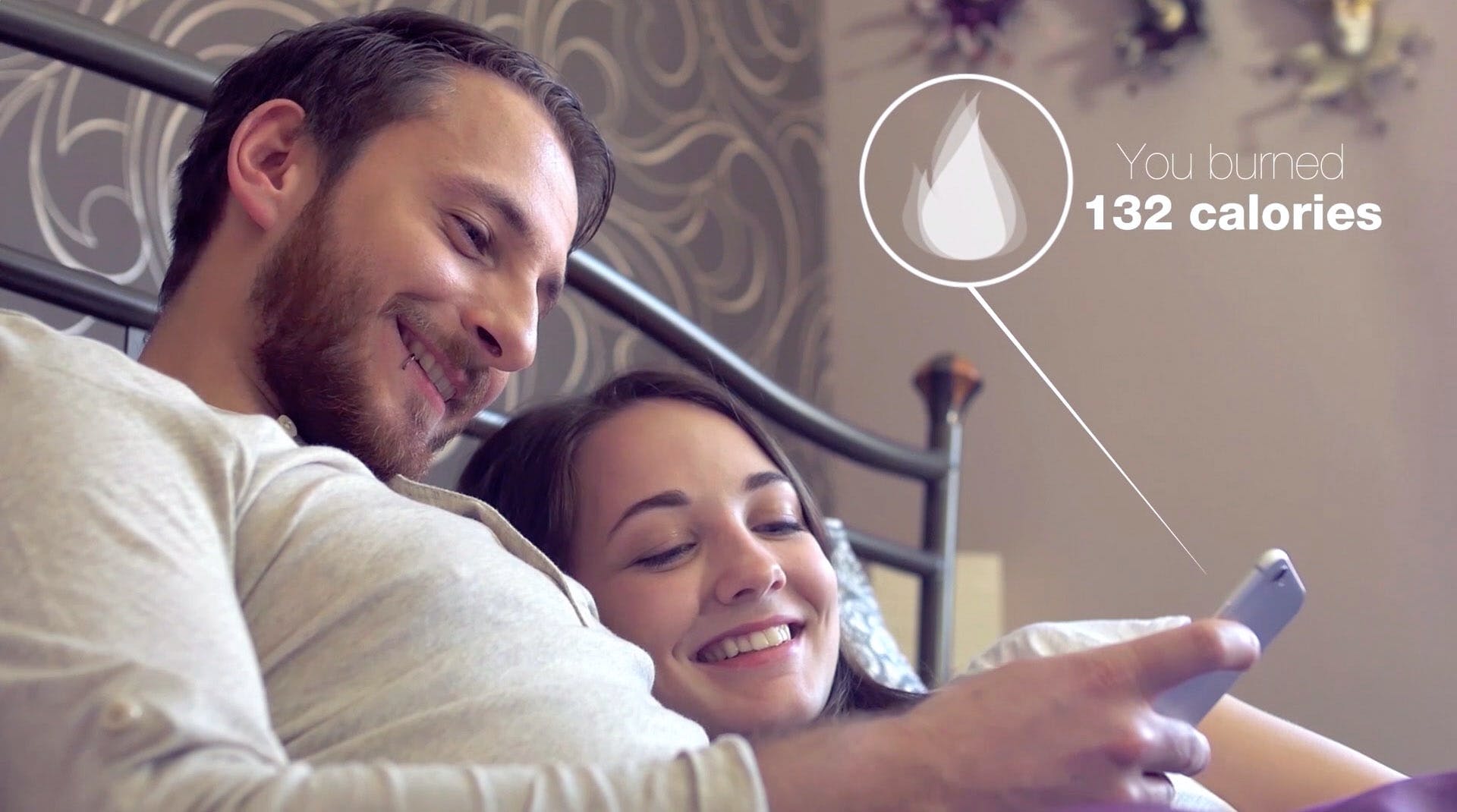 In truth, Konik is not the first person to come up with the idea for a sex-tracking wearable. Last year, a team of Italian researchers developed the huMOVE, a credit card-sized wearable device that tracks your sexual duration. There’s also the SexFit, a cock ring by the UK company Bondara that, like Lovely, measures your calories burned and thrusts per minute, as well as a preponderance of sex-tracking apps like Spreadsheets and Nipple that rely on a more old-fashioned form of manual, self-reported data entry.

But while huMOVE is exclusively used as a diagnostic tool for premature ejaculation and the SexFit is being marketed more as a gimmicky, vibrating cock ring, Lovely appears to have been created with the goal of helping couples talk openly about what they’re missing from their sex lives—or, as Konik puts it, in appropriately clinical sex/tech terms, it’s intended to “incentivize sex-related communication.”

“Good sex is not only about technique. It’s about communication. You have to have a good communication with your partner to have good sex,” he told the Daily Dot. Couples using Lovely will “have to think and talk together when they’re doing the user feedback.” So while most people would rather be skinned alive than have an awkward conversation with their partners about what they do and don’t like in bed, Lovely could force them to have that conversation. 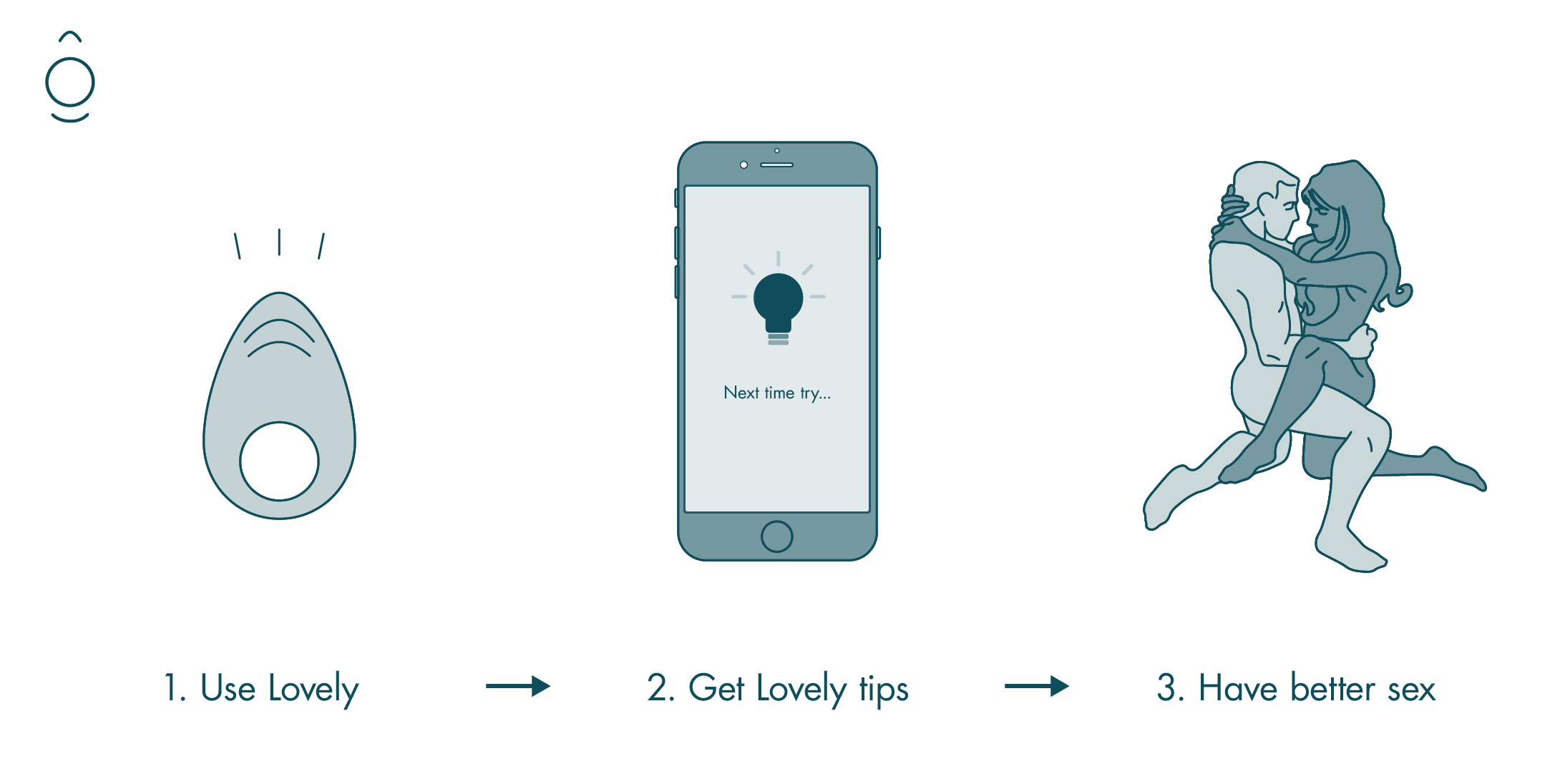 In essence, here’s how it works: Lovely is embedded with an accelerometer and gyroscope, which tracks the speed of your movements and the angle of your penetrations. The ring then connects to a wireless app, which asks you to input feedback from your sexual encounter.

From your personalized data and user feedback, Lovely generates tips for you to improve your sex life, which can be integrated into your routine over time. (The tips, says Konik, were developed by sex and relationship experts Reid Mihalko and Caitlin Murphy.) The goal is for these tips to be personalized, so if you say you enjoy, say, passionate, intimate sex from the app’s drop-down menu, Lovely will pull up suggested positions for you that facilitate kissing and deep eye contact.

Because Lovely is designed to facilitate conversations about how to improve your sex life, rather than ensure that you spend the night sleeping on the couch, the app only allows you to input feedback in what Konik says are “positive” terms, so “one star means it was OK, but we can improve something.” On the surface level, that might sound like a pretty passive-aggressive way to tell your partner they’re bad at sex. But all things considered, it’s probably about as diplomatic a way to say “You suck at boning” as you can get. 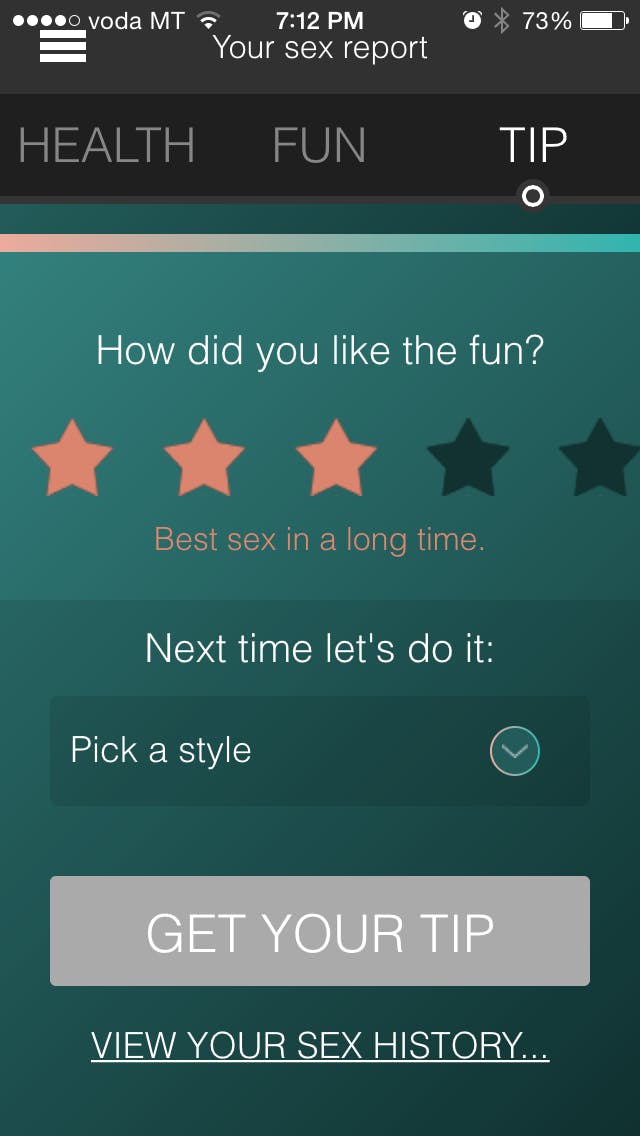 That raises the question, though: Is there a diplomatic way to tell the person you’re boning that they suck at it? And if so, is a smart vibrating cock ring necessarily the best conduit for having that conversation? Sure, the self-quantification trend and wearable trackers like Fitbit can help us quit smoking or shed a few pounds. But can sex trackers like Lovely really do anything for our sex lives, other than make us feel uncomfortable around our partners and bad about ourselves?

Brian Dunham, one of the co-founders of the smart sex toy company OhMiBod, says he doesn’t quite see it that way. In fact, he sees sex-tracking wearables as the inevitable future of the wearables trend.

“There’s a natural step where you have technologies that are being established in other industries [that are] being adopted in this industry,” says Dunham, who is currently developing a remote app that includes self-tracking functionality with his wife Suki.

“If you’re using a toy and you have five orgasms a week, how does that rank and how does that correlate with your overall physical health?,” Dunham said, listing a question that might prompt someone to check out a sex-tracking app. “I think people are more in tune with their bodies now than ever, and the more that we become culturally less inhibited, the more we want to know about ourselves. Combined with the technology that enables us to do that, this type of self-tracking trend is definitely happening.”

But is that necessarily a good thing? Sure, finding out how many orgasms you’re having a week appeals to the parts of ourselves that loves to see how many steps we’ve walked that day, or how many calories we’re burning. But finding out how that number stacks up against other people—or finding out how your performance time stacks up against other people—isn’t necessarily helpful to improving your sex life and “incentiviz[ing] sex-related communication.” In fact, given how anxious most of us are about sex to begin with, it might even be destructive.

With this in mind, it doesn’t seem likely that a toy like Lovely, while appealing to the more obsessive-compulsive and navel-gazing parts of ourselves, will result in incentivizing anything but screaming matches that end up with one partner sleeping on the couch.

That said, Konik is confident that the sexual self-quantification trend won’t result in us taking our feelings of shame and anxiety about sex inward, prompting us to endlessly ask ourselves whether we should be lasting longer or having more orgasms in bed. Instead, he says, gadgets like Lovely are offering couples a unique opportunity to be open about what they like and don’t like in bed, without fear of shame or judgment.

If you’re having a problem in bed, “you have to be honest with yourself. You have to admit to yourself that you have a problem,” he said. “We don’t want to make anyone feel sad or bad about sex. But let’s say there’s a couple having a bad sex life. They want to solve those problems, but they don’t know how because they don’t quite know what they are.” Lovely, he says, is one way to find out.