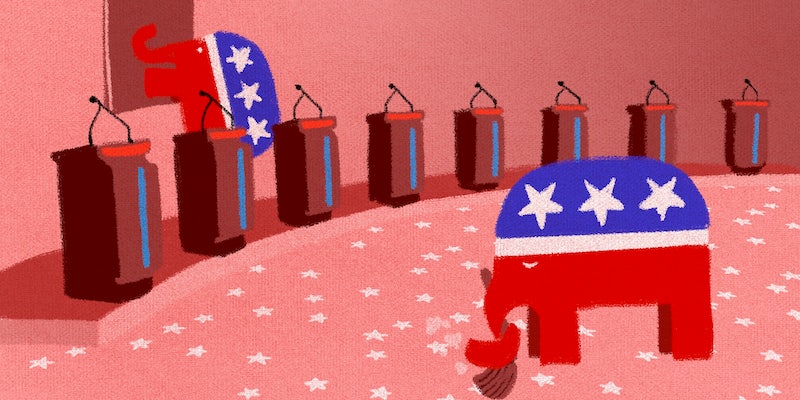 The cynic’s guide to the first 2016 GOP presidential debate

Hooray for democracy or whatever.

Kick the tires and light the fires, big daddy! The first debate of the 2016 election season is about to pull into Freedom Town. That means it’s time to grab the popcorn and your pocket copy of the U.S. Constitution, strap on your liberty boots, and get ready for the thrills of a representative democracy. Here’s everything you need to know about this historic and/or completely irrelevant event.

When is the first Republican presidential debate of the 2016 election?

That depends what the definition of “first” is. The main debate—the one everyone will call the first debate—starts at 9pm ET and will feature the 10 most popular candidates. Another debate among candidates who don’t make the cut happens at 5pm ET, meaning that one is technically first. But, you know, what is time, really?

What ineffable qualities separate the candidates—the conservative wheat from the equally conservative chaff, if you will?

The only force that matters here is the invisible hand of the almighty pollster. Fox is letting the 10 candidates with the best poll numbers—based on the average of the five most recent national tracking polls released prior to 5pm ET on Tuesday—to crowd onto the stage inside Cleveland’s Quicken Loans Arena.

Based on the polling right now, which candidates are likely to make it in?

The official lineup will be:

That’s only nine. You’re leaving one out.

You’re leaving out a candidate whose numbers are, according to one Fox News poll, equal to that of Bush, Cruz, and Rubio combined. The one who has a net favorability rating among Republicans of +17 percent.

No idea what you’re talking about.

You have to say it. It’s your job. Say his name.

Who else is in comical denial about Donald Trump being the current standard bearer of the Republican Party?

Most of the other major Republican candidates have slammed Trump. This largely stems from fears that his presence in the GOP primary will drive moderates into the arms of Democrats and that his preternatural ability to dominate the news cycle will crowd out their own attempts to get their message across and gain name recognition.

The harshest criticism of Trump came from former Texas Gov. Rick Perry who recently said that Trump “offers a barking carnival act that can be best described as Trumpism: a toxic mix of demagoguery, mean-spiritedness and nonsense that will lead the Republican Party to perdition if pursued.” He added: “Donald Trump’s candidacy is a cancer on conservatism, and it must be clearly diagnosed, excised and discarded.”

“Donald Trump, the reality television star, is a great generator of ratings. But Donald Trump the candidate is a sower of division, wrongly demonizing Mexican-Americans for political sport. He has piqued the interest of some Republican voters who have legitimate concerns about a porous border and broken immigration system. But instead of offering those voters leadership or solutions, he has offered fear and sound bites. This cannot stand.”

That’s some pretty eloquent oratory from a guy whose most memorable quote from the last time he tried to run for president was “oops.”

Those ironic nerd glasses were a good investment. 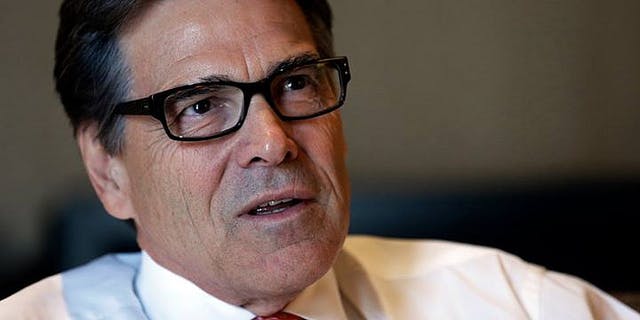 How are the other candidates getting ready to share the stage with Trump?

Imagine a NASCAR driver mentally preparing for a race knowing one of the drivers will be drunk. That's what prepping for this debate is like

The excluded candidates have to be pretty pissed about not getting in, right?

Yeah, probably. Former IRS Commissioner Mark Everson, a candidate who will almost certainly be excluded from the main debate, has said he plans to file a formal complaint with the Federal Election Commission. “Media coverage is the oxygen of politics,” Everson said, “and I am being denied that by Fox and its intervention in the political process.”

Wait, who is Mark Everson? When I learned who John Kasich was after Googling his name 45 seconds ago I figured that was everybody I had to keep track of. How many more GOP candidates are there?

Never ask questions for which you don’t actually want to know the answer.

How does Fox News feel about Trump being at the debate?

The Washington Post predicted that Trump’s presence in the debate could generate the highest ratings of any televised debate in cable news history. So, Fox News is probably soiling its bright red trousers with glee.

The Republican National Convention, where the nominee is officially selected, is almost a year away. How long are these debates going to drag on?

The debates will endlessly multiply until every crevice of reality that is not empty void is filled with straight-laced guys in dark suits talking about the critical importance of defunding the Export-Import Bank in short, declarative sentences.

Or until March, whichever comes first.

Is this even really the first debate when 14 Republican candidates participated in a forum on Monday hosted by the New Hampshire Union Leader?

How did that debate forum go?

Sen. Lindsey Graham made a Monica Lewinsky joke, but everyone insisted it was too soon. Bush said it wasn’t necessarily a good idea to put boots on the ground to to fight ISIS in Syria. Perry called for 24/7 air patrols along the border with Mexico to police immigration. Cruz, Paul, and Rubio beamed in from Washington because they had to vote on a bill that would have stripped Planned Parenthood of its federal funding. (It failed anyway.) Trump thought the debate was a waste of time and didn’t show up at all.

Are there any fun drinking games to play for Thursday’s debate?

Just drink the whole time non-stop until you fall asleep on the couch, your dreams filled with Hackabee-faced cherubs. It won’t be fun, but it’s your duty as a patriotic American.

I scored tickets to the event. How much can I scalp them for?

Who is going to win the debate?

Whoever delivers the catchiest, GIF-iest, easiest-to-digest soundbite that requires the minimal amount of actual public policy knowledge to understand while most comfortably fitting within a narrative already crafted by the media.

Who is going to win the primary?

Jeb Bush, because he has the most money. Welcome to America.