Firefox founder one-ups ‘Silicon Valley’ with his own hilarious script

The brilliance of HBO’s Silicon Valley is its pitch-perfect satire of a tech industry that struggles with its own lack of self-awareness. But one tech executive just proved that the Valley has a funny bone after all—by writing his own Silicon Valley script.

Blake Ross, founder of Firefox who has worked at many of the major tech corporations including Netscape, AOL, and Facebook, posted his screenplay on Facebook.

“I couldn’t wait 8 more months for season 3 of Silicon Valley to start, so I spent the past 48 hours writing my own episode,” Ross wrote. “It picks up where season 2 left off.”

The dialogue is hilarious, complete with subtle-yet-harsh jabs at the tech industry. He embraces the characters’ personalities and the script reads like something fresh out of the HBO writer’s room. Though Ross does note that it’s his first attempt at a television script, you can hardly tell because it’s just that great.

Ross takes on tech’s lack of diversity, the ousting of a CEO and the weird interview questions for a replacement, and open source and copyright with a really clever tongue. We’ve clipped some of our favorite bits, but you can read the whole 31 pages here. 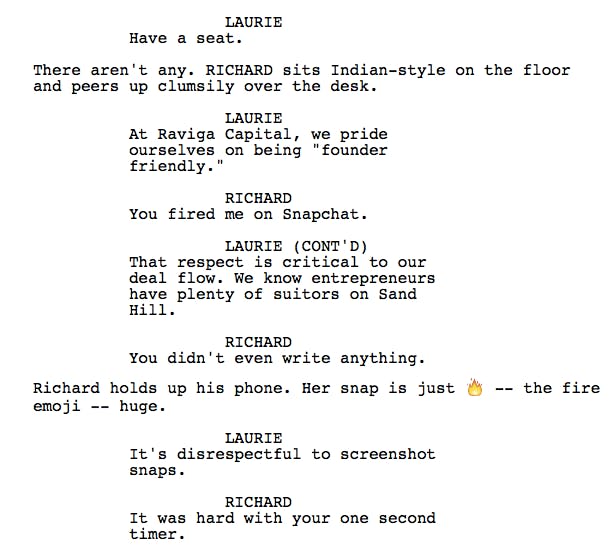 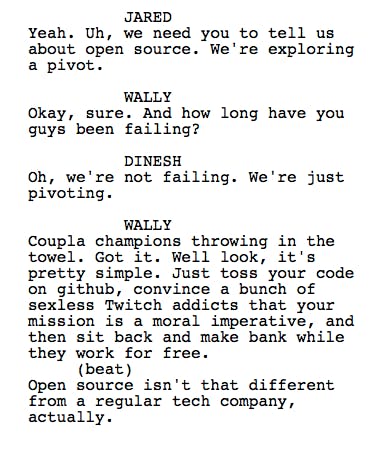 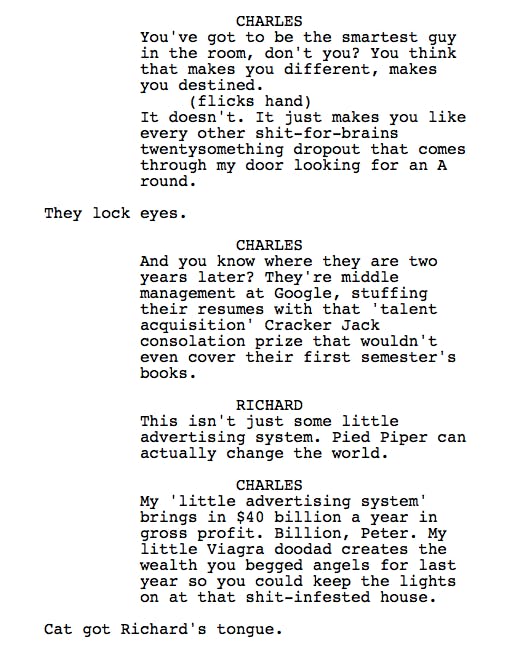 And the icing on the cake? Ross released these pages while the techies are all off playing in the desert at Burning Man. Here’s to hoping this actually becomes an episode.