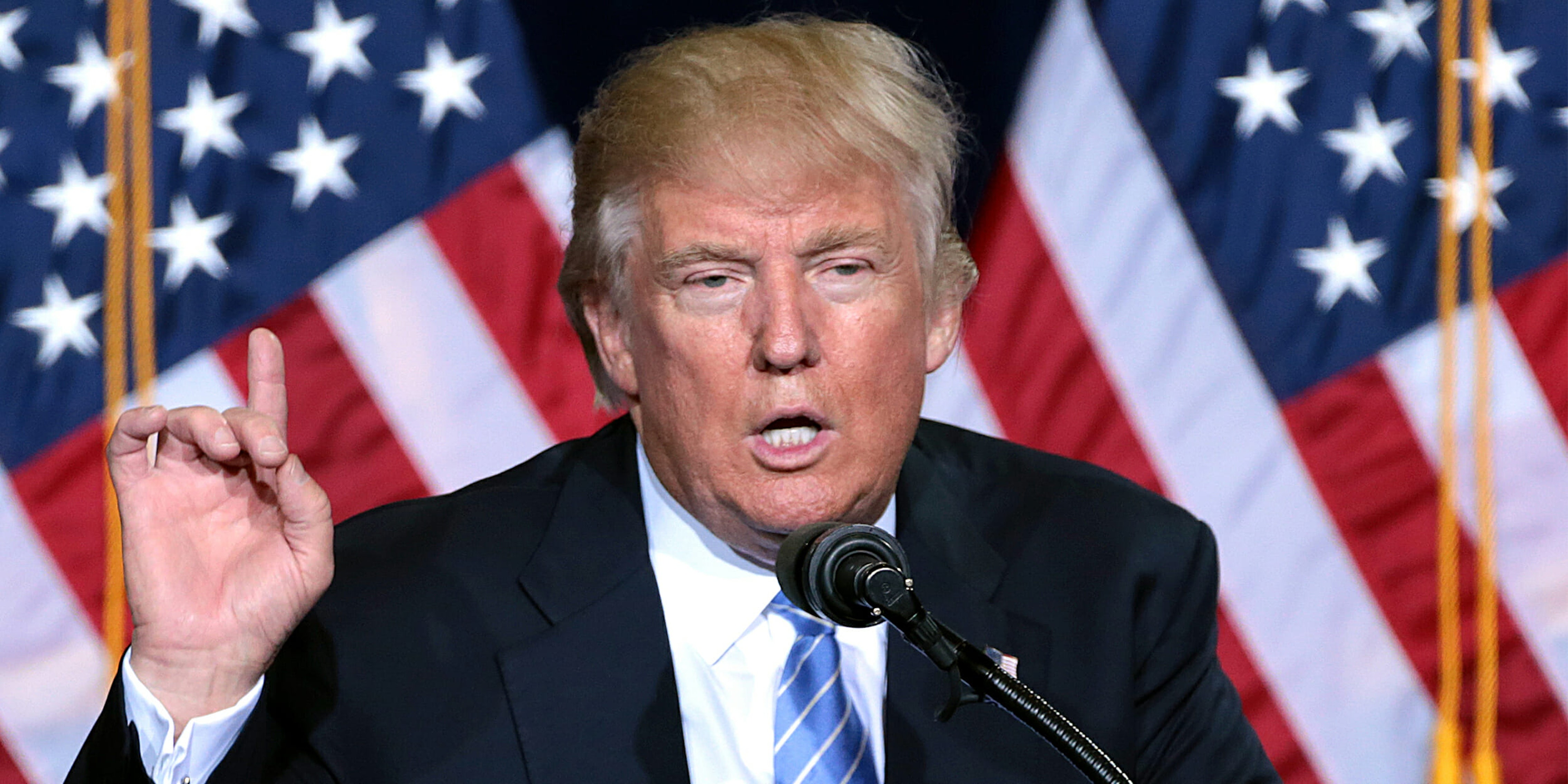 5 excerpts from ‘Fire and Fury’ that should surprise no one

These things have been out in the open for awhile.

Every new development has been breathlessly reported upon and debated, with critics on both sides of the aisle calling into question Wolff’s credibility and the legitimacy of some of the book’s most audacious claims, while the White House has issued fervent denials and threatened lawsuits. Maybe it’s just Trump fatigue or the fact that his administration has been under a microscope for a year, but in the grand scheme of things, none of Fire and Fury’s revelations are all that shocking. When looking back on the past year, almost all of the surprising details revealed thus far seem perfectly normal, or at the very least, plausible. Here’s why.

Wolff’s excerpt in New York Magazine begins on Election night as a bewildered Trump team watches the election results roll in, all—much like the rest of the nation—aghast that Trump had won. According to Wolff, that’s because Trump never expected to and earnestly never wanted to.

His ultimate goal, after all, had never been to win. “I can be the most famous man in the world,” he had told his aide Sam Nunberg at the outset of the race. His longtime friend Roger Ailes, the former head of Fox News, liked to say that if you want a career in television, first run for president. Now Trump, encouraged by Ailes, was floating rumors about a Trump network. It was a great future. He would come out of this campaign, Trump assured Ailes, with a far more powerful brand and untold opportunities.

Instead, he wound up in the Oval Office. In her briefing after that detail leaked, White House Press Secretary Sarah Huckabee Sanders specifically called that out as one of the book’s most preposterous claims. And while Trump never openly said he wanted to lose, all throughout the race it was a matter of open speculation, unlike any other candidate in modern American history.

In an op-ed for HuffPost, noted Trump foil Michael Moore claimed to have proof Trump didn’t want the office.

Trump never actually wanted to be president of the United States. I know this for a fact. I’m not going to say how I know it. I’m not saying that Trump and I shared the same agent or lawyer or stylist or, if we did, that that would have anything to do with anything. … Trump was unhappy with his deal as host and star of his hit NBC show, “The Apprentice” (and “The Celebrity Apprentice”). Simply put, he wanted more money. He had floated the idea before of possibly running for president in the hopes that the attention from that would make his negotiating position stronger. But he knew, as the self-proclaimed king of the dealmakers, that saying you’re going to do something is bupkus — DOING it is what makes the bastards sit up and pay attention.

The idea was also written up Rolling Stone and Gawker. But it wasn’t just gossip, it was something lots of people thought, and it was an idea floated by Trump himselffaceb. During the race, after an interview with Trump, the New York Times said the Trump himself wouldn’t rule out quitting the race, not exactly the language of someone who desperately wanted to win.

But as the race has turned toward the general election and a majority of polls have shown Mr. Trump trailing Mrs. Clinton, speculation has again crept into political conversations in Washington, New York and elsewhere that Mr. Trump will seek an exit strategy before the election to avoid a humiliating loss.

Now he is refusing to rule out an even more dramatic departure, one that would let him avoid the grueling job of governing, return to his business and enjoy his now-permanent status as a news media celebrity.

In the New York Times review of the book, Michelle Goldberg pulled up a snippet about the president in the wake of Charlottesville.

There are lots of arresting details in the book. We learn that the administration holds special animus for what it calls “D.O.J. women,” or women who work in the Justice Department. Wolff writes that after the white supremacist mayhem in Charlottesville, Va., Trump privately rationalized “why someone would be a member of the K.K.K.”

Trump attempting to agree with white supremacists is not absurd. After the death of Heather Heyer, he tried to normalize and even compliment people who were marching alongside Neo-Nazis. We need more detail here.

And in his campaign, Trump took months to disavow the support of former Klan leader David Duke, and even then, his condemnation was seen as tepid.

As I stated at the press conference on Friday regarding David Duke- I disavow. pic.twitter.com/OIXFKPUlz2

From the Weekly Standard:

Trump’s grudging disavowal drew criticism from a wide variety of politicians and civil rights groups, including the the Anti-Defamation League. Two days later, CNN’s Jake Tapper offered Trump a chance to strengthen his half-hearted disavowal. “Will you unequivocally condemn David Duke and say that you don’t want his vote and that of other white supremacists in this election?”

And when his opponent in the election, Hillary Clinton, referred to some of Trump’s supporters as deplorable for their associations with the “alt-right,” the conservative movement that harbors white supremacists, Trump readily embraced the moniker, despite it explicitly referencing racists and white supremacists.

Congratulations to all of the ”DEPLORABLES” and the millions of people who gave us a MASSIVE (304-227) Electoral College landslide victory! pic.twitter.com/7ifv5gT7Ur

In a post on the Daily Beast, titled “The Worst Thing Donald Trump Says in Michael Wolff’s Book,” Trump’s derogatory name for Sally Yates is revealed.

If you think you know everything about how the president feels about women, listen as former co-chief of staff and chief strategist Steve Bannon relays the president’s disgust for Yates. Trump, Wolff writes, was up against the Justice Department but thought he was “up against Sally Yates, who was, he steamed, such a c—t.”

It’s unpresidential and heinous, but it’s also par for the course. Trump has made countless derogatory statements about women, and there’s video of casually dropping the term in public in 2004.

And on the campaign trail, he did this.

4. Donald Trump’s hairline was the result of scalp-reduction surgery

Donald Trump’s hair has always mystified the public, and thanks to his daughter Ivanka, Wolff finally revealed the secret behind his hair.

[Ivanka] often described the mechanics behind it to friends: an absolutely clean pate — a contained island after scalp-reduction ­surgery — surrounded by a furry circle of hair around the sides and front, from which all ends are drawn up to meet in the center and then swept back and secured by a stiffening spray.

The fact Trump had scalp-reduction surgery was well known, and the story told by his ex-wife Ivana is much worse than the tale Ivanka shared in Wolff’s book.

Donald Trump, the President of the United States, has long denied that he wore a toupee. Alas, he is telling the truth. In a 1990 divorce deposition, under oath, Ivana Trump swore that in a fit of rage, Donald raped her because of the pain he was suffering resulting from his scalp reduction surgery in 1989.

5. Melania Trump was unhappy that her husband won

“Melania was in tears — and not of joy,” Wolff writes about her response on the night of her husband’s surprise victory. Inauguration day was not much better. Wolff says that throughout the inauguration Trump “was visibly fighting” with Melania and that she seemed on the “verge of tears.”

Melania’s behavior on election night was a claim vehemently denied by her press secretary, saying she was “very happy” her husband won.

As for inauguration day, though…

There’s no denying that look.