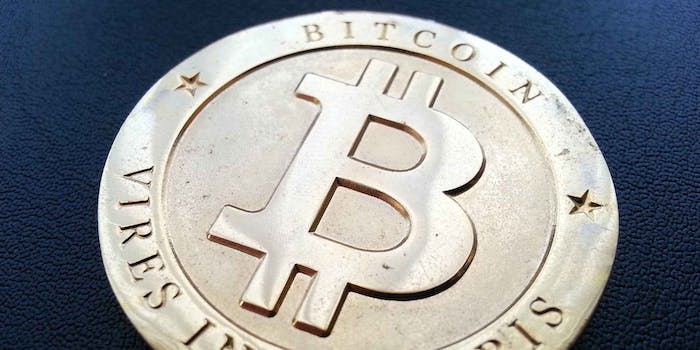 Bitcoin isn’t a currency—at least, not in Finland

It's a commodity, which carries a lower tax rate.

Bitcoin isn’t money. At least, that’s the word from Finland, where the country’s central bank has declared that Bitcoin should be regulated as a commodity rather than as a currency.

“Considering the definition of an official currency as set out in law, it’s not that. It’s also not a payment instrument, because the law stipulates that a payment instrument must have an issuer responsible for its operation,” Paeivi Heikkinen, head of oversight at the Bank of Finland, told Bloomberg in an interview. “At this stage it’s more comparable to a commodity.”

Even though the country has has decided Bitcoin doesn’t pass muster as a currency, it’s still legal for people in Finland to use it to make transactions.

Whether Bitcoin is a currency or a commodity could affect how the public at large comes to understand a technology that’s still in the process of defining itself. But, perhaps more importantly, it matters for tax purposes.

While policies vary from country to country, defining Bitcoin as either a currency or a commodity would subject it to different rates and compliance processes.

Classifying Bitcoin as a commodity means income coming from bitcoins would be taxed at the capital gains rates rather than rates for standard income. In Finland, the total personal income tax rate can approach 50 percent for people in the top income tax bracket; whereas, the rate for capital gains is only around 30 percent. So, for people looking make money off their Bitcoin investment, this is good news.

A similar gap between regular income and capital gains tax rates in the United States is why American Bitcoin investors have their fingers crossed hoping the U.S. government eventually labels the virtual currency a commodity.

By some measures, interest in Bitcoin has been high among the Finnish population. Last year, the country racked up more Google searches for the word ‟Bitcoin” than any other in Europe. According to a poll taken by stockbroking firm AB Nordnet, one in ten Finns is interested in owning some of the virtual currency, a number that climbed to over 17 percent for men. The country’s capital of Helsinki played host to Europe’s first permanent Bitcoin ATM, which is installed inside of a record store at Helsinki Railway Station.

As Bitcoin has grown rapidly in both value and popularity over the past year, countries around the world have had to come to grips with nature of virtual currencies. Countries like Canada and France have recently declared the currency not to be legal tender. Thailand’s central bank went as far as banning it altogether. Germany’s Ministry of Finance, on the other hand, has been more generous—labeling Bitcoin ‟private money.”

Regulators in other countries, such as Denmark and the United States, have said they’re still hashing out where they stand on the matter.