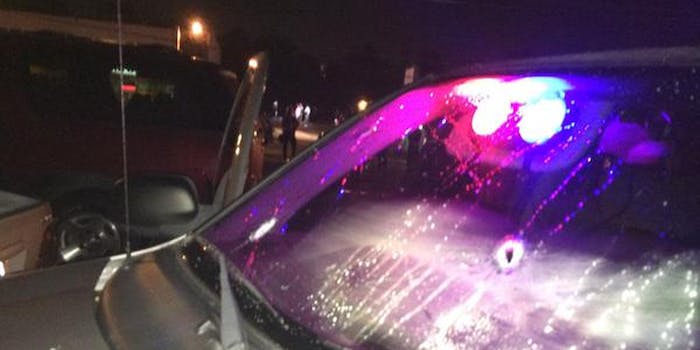 Exactly one year later, the streets of Ferguson, Missouri, bear an eerie resemblance to the chaos that followed the death of Michael Brown.

Sunday night, St. Louis County confirmed that an officer on its team shot an as-of-yet unidentified individual. The incident appears to have taken place behind the Ponderosa Steakhouse at 9200 W. Florissant Ave. around 11:15pm CT.

Eyewitnesses reported an extended flurry of shots,. Reports from Fox 2 KTVI indicated that the injured individual was taken into an ambulance alive.

(1/2) A St. Louis County officer was involved in an officer-involved shooting after comin g under heavy gunfire. pic.twitter.com/L4PqopaEF1

(2/2) During the gunfire, at least 2 unmarked cars took shots. We will release more details when available. pic.twitter.com/luPnp6iXqZ

Moments after the shooting, livecaster Tony Rice (@Search4Swag) was detained by police for filming the crime scene, which graphically depicts the victim of the ground as two officers stand nearby.

In the series of videos, the videographer can be heard pleading with nearby officers to “please get him some help.”

The last video depicts a heated exchange as Rice is taken into police custody, seemingly for taking video of the scene from behind a fence. In the video, an officer warns “this is a crime scene—back up” while pushing him back from the scene of the shooting.

I was just been released…cuffed and detain for not…leaving the scene…no one was really sure.

Rice was detailed and removed from the scene, but released from custody shortly thereafter. Reports suggest that between 200 to 250 protesters remained in the streets around this time.

Protesters remained on the streets of Ferguson on the anniversary of Michael Brown’s death through a night of lightning and heavy rain. Early and evening marches described as “upbeat” by Daily Dot reporter Kate Conger descended into chaos and violence as the night wore on. 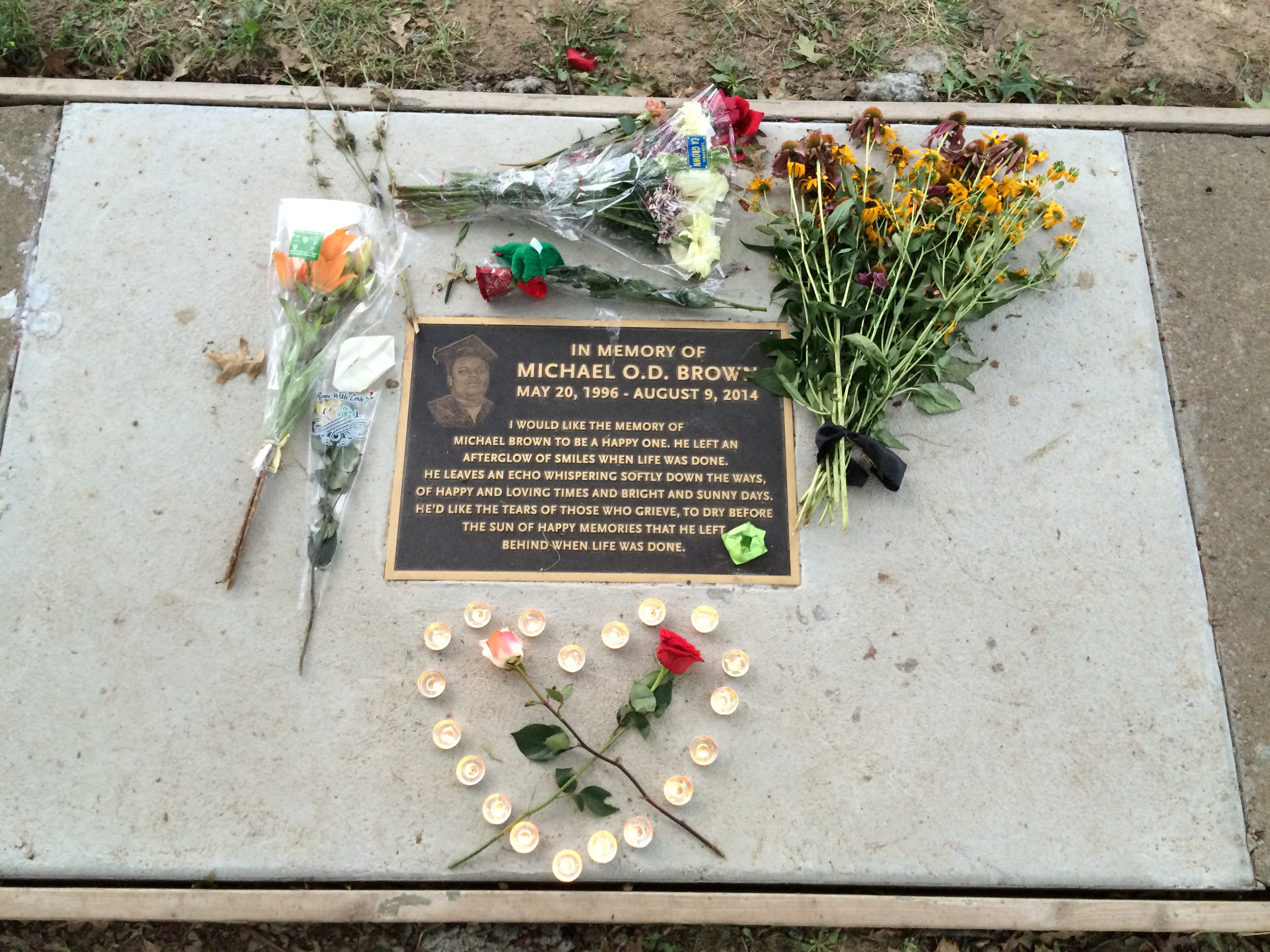 Local affiliate Fox 2 news reported that at least two local businesses including 911 Beauty Supply and Bowen’s Beauty Supply were broken into over the course of the evening. It remains unclear if the officer involved in the shooting is connected to two other shootings near West Florissant Ave. and Ferguson Ave. earlier in the evening.

Officials will hold a press conference at 2:30am CT.

.@stlcountypd 2:30 am press conference will be at HQ in Clayton, not on the scene in #Ferguson.

Update 2:11am CT, Aug. 10: Footage from what is reportedly the moment the shooting occurred has surfaced.

Additionally, reports of tear gas and tanks used as crowd control by local officials have hit the Web.

Tear gas has been deployed on remaining protestors #ferguson

Tanks just showed up in #Ferguson, and police announced that they will use chemical weapons on the crowds. https://t.co/B4sxVc3bYo

Update 2:52am CT, Aug. 10: St. Louis Police Chief Jon Belmar confirms multiple shootings, heavy gunfire, no body cams on the officials who shot the suspect, that the suspect was firing a stolen gun, that he remains in critical condition.

Additionally, the officers who fired are now on administrative leave. Belmar also confirmed that the man who appeared in the Rice video was the suspect.

No body cams. These were plain clothes detectives involved in shooting of a suspect, according to Belmar. #Ferguson

Tony rice shot a video with a suspect down, was that the suspect? Yes @stlcountypd #ferguson http://t.co/6CeM49mvfy