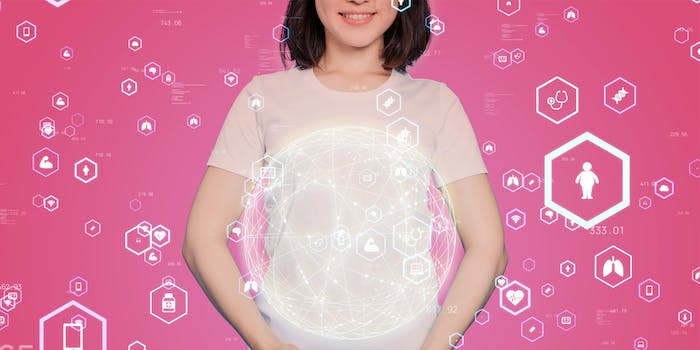 In wake of Roe leak, concerns over data privacy in femtech swell

Fears online ratcheted up this week.

The number of women using apps to record, manage, and investigate their own bodies has skyrocketed in recent years. In the United States, about one in five women between the ages of 18 and 49 currently use health apps, and the industry is set to become a $50 billion market by 2025. These services’ ability to illuminate fertility, menstruation, and reproduction, as well as give women a sense of ownership over their own health, has helped drive a revolution known as “femtech.”

Apps like Flo and Clue allow people to track their periods, body temperature, fertility windows, ovulation dates, spotting, and mood. They position themselves as pro-women organizations and use the language of empowerment, liberation, and agency in their copy. One of Clue’s co-founders, Ida Tin, even coined the neologism “femtech” in 2016, an umbrella term for “the group of technologies that are designed to support and advance women’s healthcare.”

But despite this claim of female empowerment and liberation, period trackers and other health apps are also restrictive, even regressive, and present a serious potential risk to users’ privacy.

Many people who use these apps report the positive impact they have on their lives. They offer a sense of mastery over bodies that are often unpredictable or unruly. They also help women communicate effectively with their healthcare providers. Avid app-user Sophie, who like others agreed to speak to the the Daily Dot provided only her first name was used, said, “It’s practical. It makes me feel much less stupid when I go to doctors’ appointments and have to say when my last period was—it feels like I’ve somehow failed as a woman when I can’t remember.”

Some people use them to track their pre-menstrual symptoms, others to help them get pregnant, and some use them as a form of birth control or family planning. They can indeed offer “personalized health insights.”

“I find it quite a therapeutic activity to track my symptoms during my period—it feels both reassuring to see regular trends and feel like I’m making headway through the low points of my cycle.” Both Elizabeth (31) and Victoria (29) used tracking apps when trying to conceive. Elizabeth told the Daily Dot, “It felt positive to be proactive in recording the data, and to gain a sense of knowing and control.” Similarly, Victoria said that her period tracker app helped her navigate the incredibly complicated and confusing world of fertile windows and ovulation dates.

But, femtech is not without its issues. Women said that these apps, for all their utility, also encouraged users to think of a period as a problem, something that only brings bloating, acne, and mood changes. The constant focus they demand on subtle changes in your own body pathologizes being a woman. Several noted that men do not have to subject themselves to the same kind of bodily surveillance. For all the reassurance they provide, they also apply pressure. Sophie remarked that these various measuring tools “solidify the idea that your body and health is your responsibility,” which can sometimes make it feel as though it is “your fault, when things don’t go to plan.”

There are also big ethical and regulatory questions about how personal health data is gathered, stored, and shared, particularly in the context of women’s healthcare becoming increasingly politicized, fraught, and risky. One woman said she felt generally uncomfortable about the possibility that her tracking app was using her period data “to make me do its evil bidding.”

These concerns are well-founded. From 2016 to 2019, the company behind Flo passed on intimate health data of its users to companies like Facebook and Google. In January 2021, the Federal Trade Commission filed a complaint against Flo saying it had reason to believe they had misled its users about their data practices and took “no action to limit what these companies could do with the users’ information.” The agency said that Flo had allowed third-party companies to use personal health data “expansively, including for advertising.”

The buying, selling, and leaking of personal health data isn’t new, or specific to women’s health. In 2020, Vastaamo—a healthcare organization that ran the largest network of private mental-health providers in Finland—suffered a cataclysmic data breach. Hackers then blackmailed at least 25,000 patients to pay a ransom in exchange for the promise of confidentiality. In 2016, 650,000 American patient records went on sale on the dark web. And a 2022 report by Mozilla found that mental health apps have an abysmal record of user data protection and privacy.

These questions of privacy and the protection of personal health data have become particularly fraught in the wake of the leaked Supreme Court draft opinion repealing Roe v. Wade. People online implored women to delete their health apps and turn off their phones’ location services if seeking reproductive healthcare. One Twitter user said, “For your safety…Don’t discuss illegal plans on social media. Delete your period tracker apps. Don’t write anything down.”

Considering the vigilantism and violent direct action undertaken by anti-abortion protesters, these warnings were widely shared and met with broad agreement. Just this week, VICE reported that a location data firm is selling information about people’s visits to clinics that provide abortions, including Planned Parenthood facilities. The firm since removed the ability to buy that data from its services.

These companies that deal with this kind of information go to great lengths to reassure their customers that their data is safe. On Flo’s website, it says “Your data. Protected,” next to the line: “You trust us with your intimate personal information and we aim to be 100% transparent with our data security and usage practices.” Clue, which is based in Germany and therefore subject to more stringent EU law, likewise claims to “fully accept the great responsibility that comes with safeguarding your sensitive data,” and they are “committed to achieving the highest standards of privacy and security.” On Twitter they reassured their users that any data they track in the app about pregnancy or abortion is “private and safe.”

In a comment to the Daily Dot they said, “We have received messages from users concerned about how their data could be used by U.S. courts if Roe v. Wade is overturned. We completely understand this anxiety, and we want to reassure you that your health data, particularly any data you track in Clue about pregnancies, pregnancy loss or abortion, is kept private and safe.”

While these concerns are present, the success of femtech points to a larger societal problem. The turn to apps makes sense in a world where conventional women’s healthcare is flawed. American women are “sicker, more stressed, and die younger” compared to women in other high-income countries. The U.S. has the highest rate of maternal mortality among wealthy nations and Black women are three times more likely to die from pregnancy complications than white women. There’s more and more pressure on women to make “good choices” about their health and fertility, despite the fact that neither medicine nor society are set up with female experiences in mind. Evidently, these apps are serving a currently unmet need.

For many people who use these apps, the benefits may outweigh the risks. After all, anyone who uses social media or shops online has already acquired a massive digital footprint. It also makes sense for women to want to exert agency and control at a time when their bodily autonomy is being curtailed. But the risks are still serious, and they aren’t evenly applied. For women in states set to ban abortion in almost all cases, if they record pregnancy or abortion through these, there is a potential risk of serious legal trouble. For more marginalized people and those subject to increased state surveillance, like trans people, women of color, and undocumented migrants, the potential costs could also be great.

But even women of relative privilege and safety might want to reconsider. While the failures of mainstream women’s health and reproductive care are significant, femtech and the associated risks to privacy creates as many problems as it solves. Instead, women should consider carefully whether they entrust the most intimate details about their bodies with organizations that have been proven to exploit their personal data for profit. As Evan Greer, Director of the non-profit digital rights advocacy group, Fight for the Future, said to the Daily Dot, “Large tech companies surveillance driven profit models lead to massive data collection that creates the perfect infrastructure for oppression.”

Agnes Arnold-Forster is a writer covering medicine, healthcare, gender, and technology. She has been published in places like the Washington Post, the Guardian, the Independent, the LRB, and Stylist Magazine. She is writing a book about nostalgia for Picador and lives in London, U.K.