You can now pay the U.S. government using PayPal, Dwolla

Paying the U.S. government just took another step into the 21st century.

The federal government will now let Americans use PayPal to pay for everything from loans and fines to Freedom of Information Act (FOIA) requests and National Parks filming permits.

The Bureau of the Fiscal Service, a Treasury Department agency that manages the government’s intake of these and other payments, announced on Wednesday that its Pay.gov portal would immediately support transactions over PayPal, the world’s largest online payment platform, along with Dwolla, a smaller e-commerce alternative.

“Digital wallets provide convenience, simplicity, and a trusted customer experience, while achieving cost effectiveness for the federal government,” said Corvelli McDaniel of the Fiscal Service in a statement. “We are committed to operational excellence and continually improving our business processes; digital wallets help us achieve that goal.”

Every year, the Treasury processes several trillion dollars in payments from citizens who use government services. FOIA requests and park filming permits are two of the more obvious examples of payments that the Fiscal Service handles. The Treasury press release also mentioned donations to the National Endowment for the Arts and federal court filings. 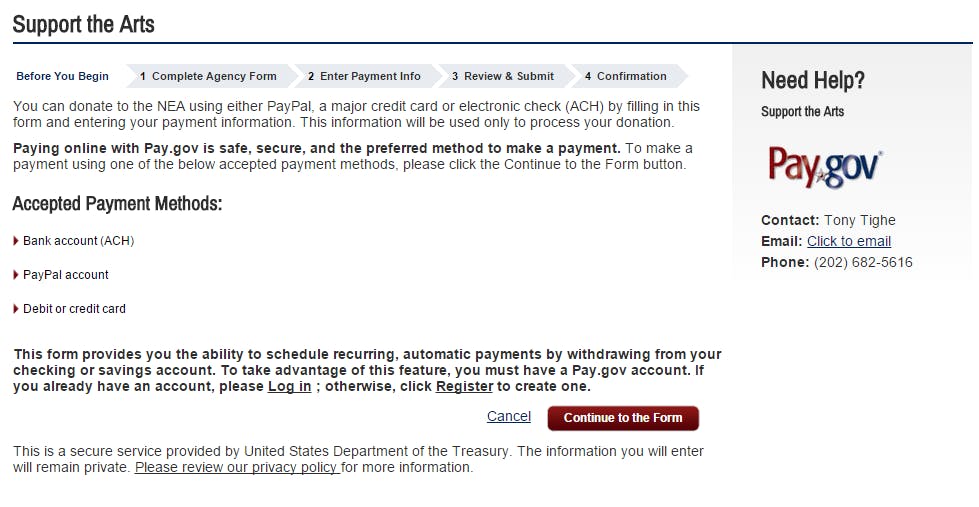 The Treasury said in its statement that more than 400 million such payments went to the government in Fiscal Year 2014, which ended on Sept. 30, 2014.