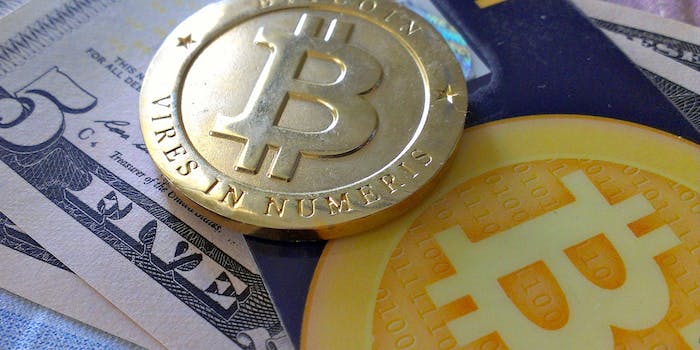 Buying your congressman’s vote has never been so virtual.

In an opinion issued on Wednesday, the Federal Elections Commission ruled that political action committees (PACs) are allowed to accept donations in the form of the virtual currency Bitcoin.

The FEC ruled in a unanimous 6-0 decision that campaigns are allowed to accept Bitcoin donations in amounts up to $100, as long as the virtual currency is converted into U.S. dollars before it is deposited into a bank account operated by the campaign. The commission did not specifically approve the use of direct Bitcoin campaign expenditures, but said it was permitted for the campaigns to purchase the virtual currency.

The opinion came in the form of a letter written to the Make Your Laws PAC, which sent its own letter to the FEC in February asking for clarification of the federal government’s stance on cryptocurrency political donations.

Make Your Laws PAC’s request was only to accept Bitcoin contributions under $100, which was a key reason why the commission decided to approve it, Commissioner Ellen Weintraub told the Washington Post. “The $100 limit was really important to us,” she explained. “We have to balance a desire to accommodate innovation, which is a good thing, with a concern that we continue to protect transparency in the system and ensure that foreign money doesn’t seep in.”

Attorney Dan Backer, who created the Bitcoin PAC Bit-PAC, explained to Politico that, while the committee only approved donations under $100, it doesn’t mean that larger contributions are necessarily illegal—only that smaller contributions are unquestionably legal. “That does not in any way restrict your right to accept Bitcoin contributions [greater than $100],” he insisted.

Bitcoin is pseudonymous, meaning the transaction history of each individual Bitcoin is public but the identity of owner of a specific Bitcoin wallet is easily kept secret. However, Make Your Laws’ proposal to the FEC said that the group would collect detailed information about each Bitcoin donor, including name, nationality, and whether they own the coins being donated individually or jointly with a spouse.

The commission noted that its option did not extend to the tax implications of a campaign accepting Bitcoin. Although, the IRS declared in March that Bitcoin should be taxed as property rather than as a form of currency.

Wednesday’s decision isn’t the first time the FEC has take up the issue of Bitocin donations. Last November, the commission deadlocked on the question, with Republicans wanting to allow the donations and Democrats voting against, claiming they needed more time to study the issue. “I’d feel more comfortable if we took this a little more slowly,” Commissioner Ann Ravel said at the time.

Despite the FEC only officially giving an opinion on accepting Bitcoin this week, politicians and PACs have been soliciting cryptocurrency donations for months. Congressman Steve Stockman (R-Texas) was the first prominent politician in the country to embrace Bitcoin donations during his failed attempt to unseat Senator John Cornyn in a Republican primary earlier this year.

While these two politicians may be the most high-profile lawmakers to accept Bitcoin donations, they are far the only ones. Make Your Laws PAC’s website lists 15 other candidates and political organizations that have, at least at one point, accepted the virtual currency.

Unsurprisingly, the Libertarian Party, is all about Bitcoin.