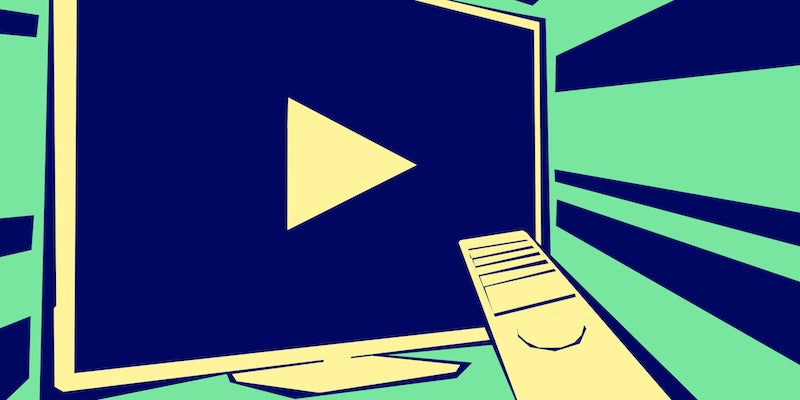 Big news for your TV.

Since the dawn of pay TV, set-top boxes from cable and satellite companies have been ubiquitous, costing consumers hundreds of dollars per year to rent from from providers. On Wednesday, FCC Chairman Tom Wheeler announced an effort by the agency to give consumers more choices in how they watch TV.

“Ninety-nine percent of pay-TV subscribers are chained to their set-top boxes because cable and satellite operators have locked up the market. Lack of competition has meant few choices and high prices for consumers–on average, $231 in rental fees annually for the average American household,” the agency noted in a press release, adding that cumulative cost of the devices exceeds $20 each year. “Since 1994, according to a recent analysis, the cost of cable set-top boxes has risen 185 percent while the cost of computers, televisions and mobile phones has dropped by 90 percent.”

In an editorial published on the technology news site Re/code in conjunction with the announcement, Wheeler noted that, in the 1990s, Congress passed a law requiring cable and satellite providers give their customers flexibility in the hardware used to connect their TVs. However, Wheeler argues, the intervening years have seen technology advance to the point where the legislation no longer accomplishes what it set out to do.

“As a consequence, consumers have limited choices for commercially available set-top boxes, so an overwhelming majority of consumers lease a box from their pay-TV service that doesn’t interface well with the wealth of video content online,” he wrote. “To receive streaming Internet video, it is necessary to have a smart TV, or to watch it on a tablet or laptop computer that, similarly, do not have access to the channels and content that pay-TV subscribers pay for. The result is multiple devices and controllers, constrained program choice and higher costs.”

If implemented, the plan would likely prove lucrative for tech companies like Apple and Microsoft, which have worked to turn their devices like Apple TV and the Xbox One into all-in-one entertainment centers for your living room. Those efforts have been stymied by the inability to seamlessly integrate cable and satellite broadcasts without that need for another proprietary box belonging to the content provider.

In a letter to the FCC, the National Cable & Telecommunications Association argued that not only will opening up the set-top boxes prove technically difficult, but it gives the makers of the third-party boxes the ability degrade the quality of TV service. “[This rule change would] permit tech companies to ignore licensing and distribution agreements; to rearrange, exile, or drop channels; to overlay ads; to drop the apps and interactive elements that are integral parts of… service; and to create a new service without license or compensation to content owners,” the cable industry’s primary lobbying group charged.

As the Verge notes, there was an effort in 2007 called the CableCARD intended to allow any device containing the card to receive cable broadcasts. However, cable companies, weary of losing out on a significant revenue stream, made integration a technical headache and the effort was largely abandoned—save for a hardcore few willing to work though the technical details themselves. Even the FCC labeled CableCARD a failure.

The most instructive historical corollary for what Wheeler is trying to do here is how, in the days of AT&T’s monopoly on telephone service, customers were required to rent phones from Ma Bell because the company made it so only its phones worked on its networks. When the government broke up AT&T in the 1980s, the FCC mandated that customers be able to connect to phone system with any device they chose. While a very small number of people still rent their landline telephones, the practice been almost entirely replaced by devices owned by individuals.

In Wheeler’s op-ed, he argued consumers should be able to connect to pay TV through any functional device regardless of its manufacturer, like how any cell phone is able to connect to the wireless network and all cable modems or wireless routers can connect to broadband Internet networks.

A recent letter a coalition of open-Internet groups sent to Wheeler urging the FCC to take this particular course charged that democratizing set-top boxes has the potential to do far more than save cable customers money on their equipment rental fees.

“There is more compelling content now than there is room on the cable bundle—especially considering how large, mainstream programmers can crowd out diverse voices. But where the cable bundle has a limited amount of space, the Internet is open to any creator. This means more than just cool new shows to watch,” reads the letter, which was signed by groups like Public Knowledge and the National Hispanic Media Coalition. “It means that communities that have been unserved or underserved by the cable bundle can access programming tailored to their interests and needs, and it means that creators don’t have to worry about appealing to the cable bottom line. It means that technology entrepreneurs wouldn’t have to ask permission from local cable monopolies to build a new app or service. This would be a significant boost to democratic discourse and an open media marketplace.”

Wheeler’s proposal is slated for a vote before the FCC on Feb. 18.