It's probably time to change these up.

Ajit Pai loves to tweet. The Federal Communications Commission (FCC) chair has sent over 12,000 since joining the site. But some of his behavior may not involve best practices his own agency—which is tasked with regulating communication services in the United States—recommends.

My property professor @UChicagoLaw in 1994, colloquially known as the "Hammer," earned our respect (tinged with fear). Over two decades later, close to 80, he still has it. #RuleAgainstSuperfluities https://t.co/mY3WKKxNdV

By agency standards, he should have cut out 78 characters out of his message and added an “RT” before @RandyPicker’s message to let everyone know he was retweeting him. That’s because the FCC has a wildly out-of-date social media style guide and guidelines.

The 36-page document outlining best practices on social media, obtained by the Daily Dot through an open records request, “sets the rules of the road for content carried over the FCC’s social media and digital channels in order to provide a clear, consistent and compelling presence for users.”

The style guide offers information about target audiences and audience segmentation, useful for any large entity using social media. It dives into what kind of content one might want to offer on social media channels, suggesting that users offer timely information, calls to action, historical information about the government, and content that is “relevant.” Here’s their definition:

“Relevant social media content makes people think, ‘this matters to me.’ Relevant info can be based on… geography, audience, interests, etc.”

Some of the recommendations may have been relevant when the guidelines were drafted in 2014, but it’s less so now. In fact, many suggestions in the guidelines fail to recognize changes in the social media sites that were enacted even before 2014.

The FCC did not respond to multiple requests for comment by the Daily Dot regarding the outdated nature of their social media guidelines.

The FCC describes Facebook as a “personal platform where people go catch up with family and friends,” which, as we know now, is a very narrow definition of the platform considering the fake news, politically aggressive statuses, and other vitriol that is posted on it daily.

The FCC’s suggestion that “because Facebook is a platform for people to share what’s going on in their lives, so the tone is casual, but professional,” ignores the feuds that now simmer in the comments of seemingly every post.

The FCC is not at all up to speed on Zuckerberg’s network. When the guidelines were drafted in 2014—according to Ryan Yates, the agency’s Freedom of Information Act officer—it said Facebook posts can have a “maximum of 420 characters plus a link.”

While this was true in 2009, the character limit was raised to more than 60,000 characters in November 2011, several years before the FCC’s guidelines were drafted.

To the FCC’s credit, its notion that “algorithm changes to timeline feeds” makes it difficult for organizations to reach audiences is spot-on.

As for Twitter, Pai’s favorite platform, the FCC describes it as “a short message platform organized chronologically, not by user relevance.” But if you remember algorithm-gate of 2016, you know that’s not always true. That year, Twitter introduced an algorithmic timeline to replace the old chronological timeline, and people were not happy.

It also makes no mention of the move to 280 characters, which is perhaps why the FCC is very concerned about character count in tweets.

The agency suggests that employees use the character counting tool in Microsoft Word to determine the number of characters in a tweet, although Twitter has long shown users how many characters they are using in the “compose tweet” box.

The guidelines, drafted in 2014, also suggest making tweets less than 120 characters to allow “for followers to retweet your message with having to edit it to make it briefer,” a throwback to the Twitter-era when you had to copy-and-paste a tweet and tweet it out to your followers.

One of Pai’s favorite methods of communicating, the “quote retweet” option, launched in 2015 but isn’t mentioned anywhere.

Meanwhile, it has plenty of technical advice that is no longer relevant to how anyone uses the site.

The guidelines describe Instagram as “an image-based photo sharing network with over 100 million users.”

As of September of last year, the social media app had more than 800 million users—well above the number cited by the FCC.

The guide also points out that the “platform is popular with millennials,” something Pai must have known when he made a video with the Daily Caller in which he assured people they could still ‘gram their food and post puppy pictures without net neutrality laws.

The FCC describes Instagram as a way of sharing “fun and creative photos.”

At today’s FCC Open Meeting, retired #CorrectionsOfficer #Captain Robert Johnson recounted being #attacked and #shot in his home after an #inmate put a hit out on him using a contraband #cellphone. #FCCGov

Flickr, the photo-sharing service, is described as “not as popular as Instagram, but a good medium for folks over 35.” It definitely doesn’t have Instagram’s reach. In 2013, it had about 87 million users, but more recent statistics aren’t available.

The FCC suggests using its Flickr account to publish pictures from “various Commission events and outings of the Commissioners.” 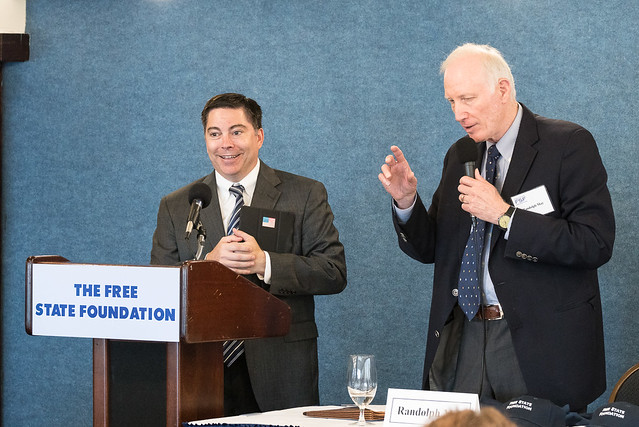 At least they’ve got that down.

But it’s not just suggestions for popular social media platforms that are lacking in the FCC guidelines—although they do have a long section on how to post to Storify, which has been discontinued. If you want to see just how out-of-touch the government is, watch as they walk you through popular abbreviations the kids are using. Whatever or weekend, indeed.

The guidelines also say that “all of the FCC’s official social media pages must include the disclaimer that ‘likes,’ ‘follows,’ and ‘shares’ do not imply endorsement.”

You can read all of the FCC’s social media guidelines here: