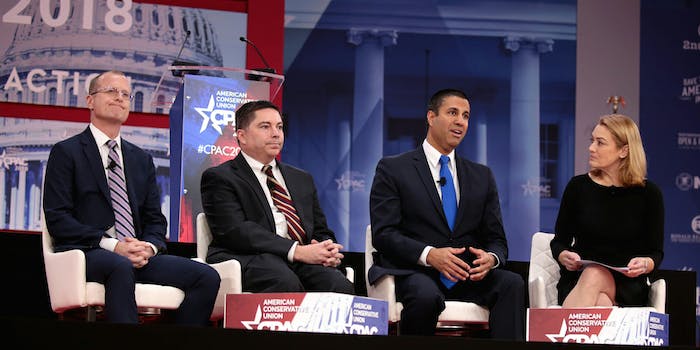 The Republican commissioners appearance at CPAC is being probed.

The top lawyer at the Federal Communications Commission (FCC) said that the Republican commissioners who appeared at this year’s Conservative Political Action Conference (CPAC) did not violate ethics rules.

The letter from FCC General Counsel Thomas Johnson Jr., obtained by the Hill, says the appearances at CPAC “helps promote transparency and accountability and “encourages public participation and interest in Commission rulemakings.”

The letter asked whether the FCC commissioners used taxpayer money at the event or met with ethics officials about it.

The Republican commissioners’ appearance at CPAC has not only caught attention from the House of Representatives but the Senate as well.

Last month, several Democrats in the Senate asked the U.S. Office of Special Counsel (OSC) and the FCC Inspector General to investigate whether O’Rielly violated the Hatch Act by supporting President Donald Trump during the conference.

The Hatch Act bars government officials from using their authority to influence elections.

The Senate letter said O’Rielly said he hoped that “we elect good people to both the House, Senate and make sure that President Trump gets reelected,” according to CNN.