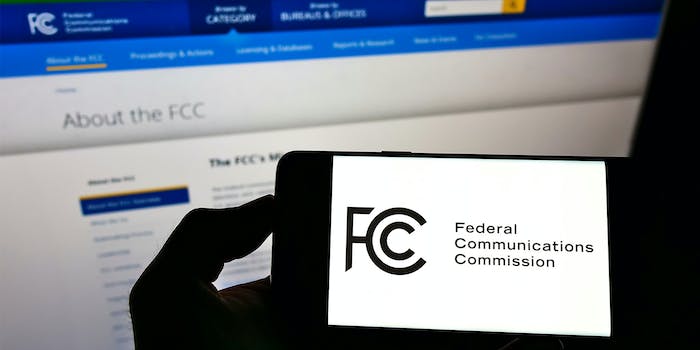 It's part of a push to completely eliminate broadband disparities.

The Federal Communications Commission (FCC) announced Wednesday that the agency is seeking public input on how it can curb digital discrimination and redlining.

Digital redlining occurs when internet service providers (ISPs) provide higher-quality internet to higher-income customer bases while leaving their low-income users with slow and unreliable internet access, or no internet access at all, according to Electronic Frontier Foundation (EFF).

The FCC was directed to create a task force to combat digital redlining last year as a part of Congress’ larger infrastructure package and announced the task force last month. Now, the FCC is seeking comment from the public

The FCC created the task force out of $65 billion in funding passed in August, which was a part of the over $1 trillion Infrastructure Investment and Jobs Act signed in November by President Joe Biden. The bill gave the FCC the task of addressing broadband inequality while also allocating states money to improve internet access, forcing ISPs to create easier-to-read internet bills, and requiring federally funded ISPs to offer low-cost internet options.

The COVID-19 pandemic harshly highlighted the digital divide in America, with some estimates suggesting up to 60 million Americans did not have access to high-quality, affordable broadband.

The goal of the task force is to “promote equal access to broadband across the country, regardless of income level, ethnicity, race, religion, or national origin.” The FCC’s work on digital discrimination must be completed by November 2023, according to the release.

Internet privacy groups have long advocated for the Commission to act on digital redlining, pointing to a study that showed ISPs invested in fiber optic infrastructure in wealthier communities while ignoring lower-income ones.

“What we need is a new FCC that will confront this socio-economic discrimination by the major providers in broadband access by abolishing digital redlining of fiber infrastructure,” a coalition of groups wrote in 2020.