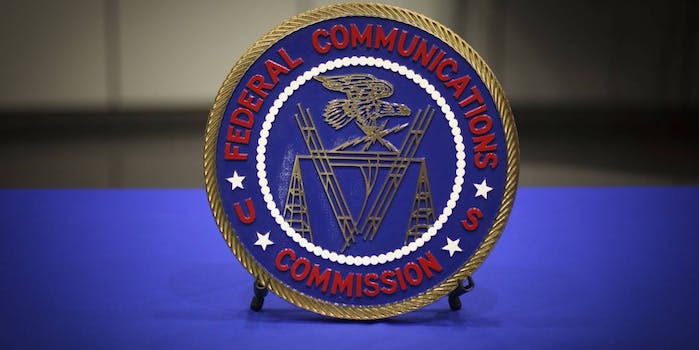 'Customers deserve to know the price they will actually pay for a service.'

The Federal Communications Commission on Monday debuted a new system for explaining to customers the details about their Internet service.

The FCC hopes these labels will provide customers with greater clarity about broadband service, which the Commission says can cost 40 percent more than the advertised rate once taxes, fees, and other charges are included.

We give you: the mobile Consumer Broadband Label. #FCClabels pic.twitter.com/1FHWG696UV

“These labels provide consumers clarity about the broadband service they are purchasing, not only helping them to make more informed choices but also preventing surprises when the first bill arrives,” Tom Wheeler, the FCC chairman, said in a statement. “Customers deserve to know the price they will actually pay for a service and to be fully aware of other components such as data limits and performance factors before they sign up for service.”

Consumer Financial Protection Bureau Director Richard Cordray, who joined Wheeler in debuting the FCC labels, called them an essential tool for consumers who might otherwise pay more than they expect for broadband service.

“Consumers deserve to know before they owe, with clear, upfront information about the prices, risks, and terms of the deal,” Cordray said in a statement.

Broadband Internet providers are required under the FCC’s 2015 Open Internet rules to disclose details about their service to customers in a clear, easily understood way. Although ISPs are not required to use the Consumer Broadband Labels format to do so, the labels received unanimous approval from the FCC’s Consumer Advisory Committee, which includes Verizon; T-Mobile; Google; CenturyLink; and the National Cable & Telecommunications Association, the cable industry’s principal lobbying group.

The transparency mandates in the Open Internet Order have not yet gone into effect, because they must first be approved by the Office of Management and Budget.

“In today’s competitive marketplace, cable Internet providers are committed to providing consumers with accessible and relevant information about broadband services,” Brian Dietz, vice president of communications for NCTA, told the Daily Dot in an email. “We appreciate this contribution by the Commission to offer consumers that same information in a format they are familiar with.”

Public Knowledge, an Internet-rights advocacy group, praised the FCC labels as a win for consumers and transparency.

“This action represents important follow-through on the FCC’s principles of transparency in a straightforward format,” Kate Forscey, associate counsel for government affairs at Public Knowledge, said in a statement. “The familiar ‘nutritional label’ easily allows the average consumer to understand exactly what they are getting from their broadband providers.”

The 2015 Open Internet Order, adopted by a 3-2 party-line vote in February 2015, established the FCC’s authority to enforce net-neutrality rules by reclassifying Internet service providers as “common carriers” under Title II of the Communications Act of 1934. The rules aim to ensure that all Internet content is treated equally by ISPs.

The FCC’s net-neutrality rules forbid ISPs from throttling customers’ broadband speeds for any reason other than “network management,” which receives its own section on the FCC’s labels.

Republicans in Congress have repeatedly aimed to limit the FCC’s ability to regulate the broadband industry. The House Energy and Commerce Committee recently passed a bill that bans the Commission from regulating the price of Internet service, while the Senate Appropriations Committee last year approved legislation limiting the FCC’s budget.

The FCC also faces a lawsuit over its net-neutrality rules from some of the same parties that endorsed its new broadband labels, including CenturyLink and NCTA.