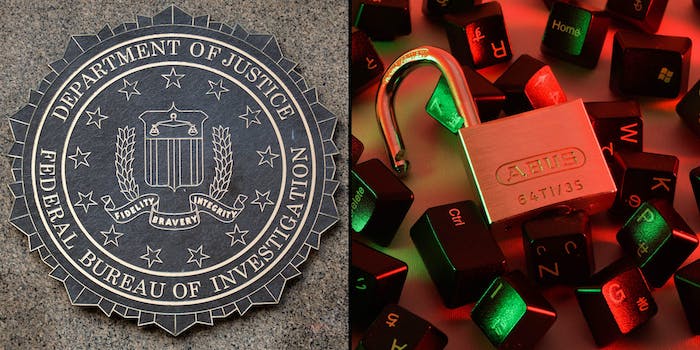 ‘This domain has been seized’: FBI brings down notorious hacking forum

RaidForums was used for years to buy and sell stolen and hacked data.

A notorious online hacking forum popular among cybercriminals has been seized after being targeted by the FBI and a coalition of international law enforcement agencies.

The homepage for RaidForums, one of the most prominent websites for sharing hacked and stolen data, was overtaken on Tuesday by a seizure notice from nine international entities including the U.S. Department of Justice, Europol, the IRS.

RaidForums first became inaccessible in late February, leading to widespread speculation over its fate. Many had already suspected that the website had been hit by law enforcement after the administrator for RaidForums’ Telegram channel warned that same month that the domain had been seized.

In a statement on Tuesday, the Department of Justice revealed not only news of the seizure but the arrest of the website’s founder.

“The Department of Justice today announced the seizure of the RaidForums website, a popular marketplace for cybercriminals to buy and sell hacked data, and unsealed criminal charges against RaidForums’ founder and chief administrator, Diogo Santos Coelho, 21, of Portugal,” the statement reads. “Coelho was arrested in the United Kingdom on Jan. 31, at the United States’ request and remains in custody pending the resolution of his extradition proceedings.”

The Department of Justice also noted that members of RaidForums “used the platform to offer for sale hundreds of databases of stolen data containing more than 10 billion unique records for individuals residing in the United States and internationally.”

In total, RaidForums is believed to have had more than 500,000 members at the time of seizure, according to the threat intelligence firm Recorded Future.

Assistant Attorney General Kenneth A. Polite, Jr. of the Justice Department’s Criminal Division argues that the operation against RaidForums has dealt a major blow to the cybercrime ecosystem.

“The takedown of this online market for the resale of hacked or stolen data disrupts one of the major ways cybercriminals profit from the large-scale theft of sensitive personal and financial information,” Polite said. “This is another example of how working with our international law enforcement partners has resulted in the shutdown of a criminal marketplace and the arrest of its administrator.”

While the seizure presents a temporary setback, cybercriminals are undoubtedly already working to provide their cohorts with a replacement site to continue buying and selling stolen data.