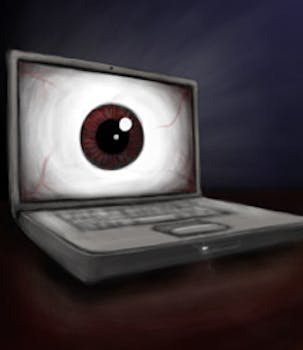 The FBI plans to scour the Internet for incriminating comments

If you think you're simply talking to your friends online, you're wrong.

It was founding father Benjamin Franklin who first wrote “Three can keep a secret if two are dead.” If he lived today, Franklin might have added “Also if none of them are stupid enough to videotape the secret and/or put it on the Internet.”

There are already plenty of cases where police arrested bank robbers, store burglars and other criminals who might’ve got away with it had they not bragged about their crimes on Facebook.

But in such cases, the police usually got involved only after someone else told them something to the effect of, “Look, this guy’s Facebook has evidence of that crime you’ve been investigating.” Cops generally aren’t in the habit of mass-monitoring all social media accounts of all residents in their vicinities, and wouldn’t have the manpower to do so anyway.

But the FBI is seeking to develop just such an automatic mass-monitoring computer application, according to a request for information it released on Jan. 19. The RFI’s 12-page .pdf attachment specified:

This is a Request for Information by the Federal Bureau of Investigations, Strategic Information and Operations Center. This is not a Request for Proposal and no submissions will be accepted as official offers for contract.

The “operational capabilities” the FBI wants include the ability to automatically search pretty much the entire non-protected Internet, in realtime, for key words or phrases related to any ongoing FBI investigation:

This is not the first time the US government has shown an interest in the online writings of its citizens. Last month, the Library of Congress announced an ambitious plan to archive every non-protected Tweet ever posted on Twitter.

Of course, the Library and the Feds have different motivations: the Library indiscriminately archiving mass media for future historical research purposes differs from the FBI cherry-picking media to aid current prosecutions.

The FBI’s plan also differs from the earlier example of police acting upon Facebook confessions – the FBI will be seeking “pattern of life matrices” indicating “bad actors” … basically, looking not for people who have committed past crimes, but people who might commit future ones.

Jennifer Lynch of the Electronic Frontier Foundation told the New Scientist’s technology blog
that people who post on social media often do so in the casual, unguarded tone they use to chat with friends and family, so they feel “the sense of freedom to say what they want without worrying too much about recourse. But these tools that mine open source data and presumably store it for a very long time, do away with that kind of privacy. I worry about the effect of that on free speech in the US.”

So does Forbes’ technology blogger, who called the plan “extensive and more than a little big-brotherish.”

The Atlantic noted that other federal agencies, including DARPA and the CIA, already have similar monitoring systems in place, but those primarily focus on foreign social media, whereas the FBI would focus on domestic monitoring of Americans.

Mobiledia discussed the possible financial implications the FBI plan could have for current and future social media sites: “If the FBI decides to mine social networks for signs of terrorism, these sites may have no choice but to comply, which could change how users feel about posting and sharing information on them, no matter how airtight they make their privacy policies.”

But non-professionals on Twitter mostly responded with cynical boredom. “The FBI Wants to Monitor Social Media”—They probably already do.”