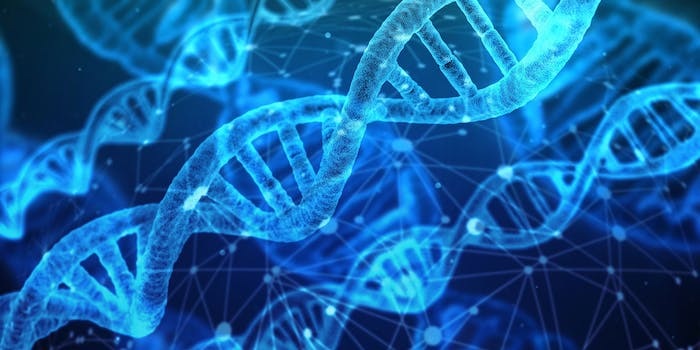 FBI given access to database of at-home DNA testing company

One of the country’s largest at-home DNA testing companies has given the FBI access to its genealogy database, BuzzFeed News reports.

The company, Family Tree DNA, says the decision is intended to help law enforcement officials investigating violent crimes, including murder and rape. Although the FBI does not have the ability to browse genetic profiles freely, the issue is raising privacy concerns among civil liberties proponents and the company’s customers as well.

“For law enforcement officials, the access could be the key to unlocking murders and rapes that have gone cold for years, opening up what many argue is the greatest investigative tactic since the advent of DNA identification,” BuzzFeed News’ Salvador Hernandez writes. “For privacy advocates, the FBI’s new ability to match the genetic profiles from a private company could set a dangerous precedent in a world where DNA test kits have become as common as a Christmas stocking stuffer.”

While Family Tree DNA has not entered into any contractual agreement with the FBI, the company has given the federal agency access to over one million DNA profiles. Family Tree DNA founder and CEO Bennett Greenspan believes the move both upholds customer privacy while aiding government officials in finding dangerous criminals.

“We came to the conclusion that if law enforcement created accounts, with the same level of access to the database as the standard Family Tree DNA user, they would not be violating user privacy and confidentiality,” Greenspan said.

The company added that if the FBI requested access to any information outside of what is freely available to paying customers, the agency would need to obtain “a valid court-order such as a subpoena or search warrant.”

At the moment, the FBI is allowed to, among other things, upload DNA samples of suspects in order to track down potential relatives. This method was famously used by law enforcement last year when investigators searched a public database and were able to arrest a man suspected of being the Gold State Killer, who killed 13 people and raped countless others, after locating a distant relative.

“Without realizing it [Greenspan] had inadvertently created a platform that, nearly two decades later, would help law enforcement agencies solve violent crimes faster than ever,” Family Tree DNA said in a statement.

Customers can bar the FBI from easy access to their data by opting out of familial matching, although doing so would make them unable to find possible relatives in the process.

Leah Larkin, a California-based genetic genealogist, expressed dismay at the news when informed of the federal government’s new relationship with the company by BuzzFeed News.

“All in all, I feel violated, I feel they have violated my trust as a customer,” Larkin said. “I’ve got to decide whether I want to opt out of matching or delete my kits.”

Natalie Ram, an assistant law professor at the University of Baltimore who specializes in bioethics and criminal justice, also noted how such databases can violate an individual’s privacy even if they have never uploaded their DNA.

“We are nearing a de-facto national DNA database,” Ram said. “We don’t choose our genetic relatives, and I cannot sever my genetic relation to them. There’s nothing voluntary about that.”

Despite the revelation, Greenspan notes that his company, unlike others in the industry, still refuses to sell its customers data to third parties.

“Working with law enforcement to process DNA samples from the scene of a violent crime or identifying an unknown victim does not change our policy never to sell or barter our customers’ private information with a third party,” Greenspan said. “Our policy remains fully intact and in force.”