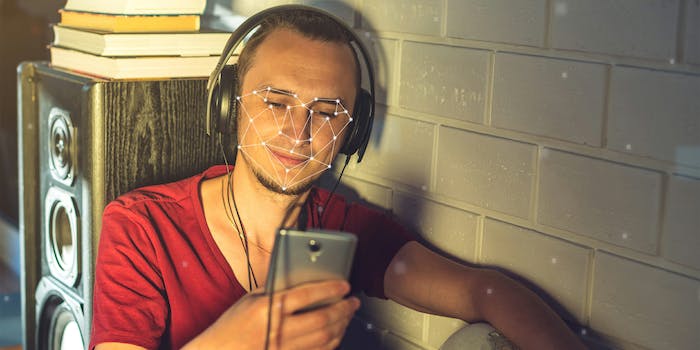 It's a shocking precedent.

Ever since facial recognition technology was released for the iPhone X, privacy advocates worried that government agencies could use it to their own advantage against Apple consumers. For the first time, the FBI has reportedly done exactly that.

Forbes is reporting the FBI had a suspect unlock his phone with his face. According to the website, it’s the first time any law enforcement agency in the world has used Apple’s facial recognition technology to compel a suspect to make the contents of their phone available.

This occurred Aug. 10 when the FBI, which had a search warrant, told Columbus, Ohio, resident Grant Michalski, a suspect in a child pornography case, to allow his face to be used to search his phone for photos and other evidence. He was later charged with receiving and possessing child pornography.

According to Forbes, the search of the unlocked phone wasn’t necessarily a success. Since the passcode was unknown and because the investigators couldn’t keep the phone unlocked for a long enough period of time, they couldn’t get all the data they wanted. The suspect’s lawyer told Forbes that the FBI tried using tools from Cellebrite, which sells hacking technology to police agencies, to remove data from the suspect’s phone but that the agency ultimately failed.

After the 2016 San Bernardino shooting, when the FBI ordered Apple to help break into the suspected gunman’s phone—Apple refused to comply with that request, and the FBI found another way in—there has been plenty of concern by privacy advocates that police agencies would continue to try to use Apple’s technology against its users.

The new facial recognition technology only added to those concerns.

As the Daily Dot’s Ben Dickson wrote in December, “Now, the millions of iPhone Xs that will find their way into the hands of consumers will give tech firms and government agencies even more data to monitor users for their commercial or political purposes.”

Forbes, meanwhile, has kept track of the government’s fight against the ease of the technology. Author Thomas Brewster wrote:

First came multiple cases in which suspects were told to unlock iPhones with their fingerprints, via Apple’s Touch ID biometric login. The same technique was then used on dead subjects. Earlier this year, this publication uncloaked GrayKey, a $15,000-$30,000 tool that could break through the passcodes of the latest iOS models, including the iPhone X. Another contractor, Israel’s Cellebrite, announced similar services.

According to the Verge, the FBI received another search warrant for Michalski’s phone but might not have to use his face to unlock the device. That’s because, according to the affidavit, the Columbus, Ohio police department and the Ohio Bureau of Criminal Investigation have tools that would allow investigators access to the phone without needing the passcode.