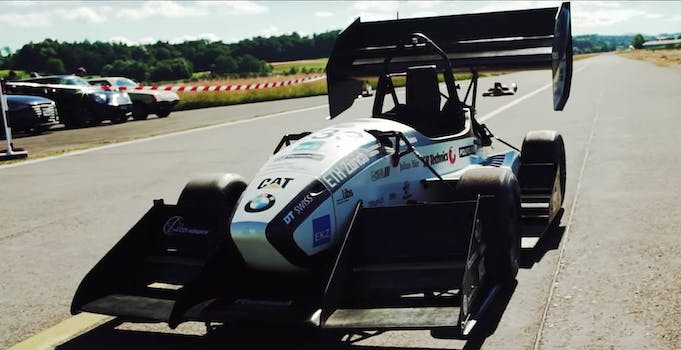 A group of Swiss students set a new standard for fastest acceleration in an electric car.

If you had to place a bet on who would build the fastest electric car in the world, you’d be forgiven for putting your money on Elon Musk instead of a group of kids. You’d be forgiven, but you’d still be out money, thanks to Switzerland’s Academic Motorsports club Zurich, or AMZ. The organization published a video today of the team demolishing the Guinness World Record for “Fastest 0-60 mph acceleration by an electric kart.” The old record was 1.799 seconds, and this teen-built beast went from 0-60 in 1.513.

That’s faster than any electronic production car in the world and a sign you need to work a lot harder on your next soapbox racer. To beat the record, the team needed to meet the acceleration requirements within 100 meters. It turns out they needed less than 30 meters to hit 60 mph.

So what’s under the “hood” so to speak? The car, dubbed Grimsel by the team, has four wheel hub motors which provide 49.6 horsepower apiece for a total of 198.5 horsepower on the 370lb car. The original record of 1.799 was held by an electric race car from the University of Stuttgart.