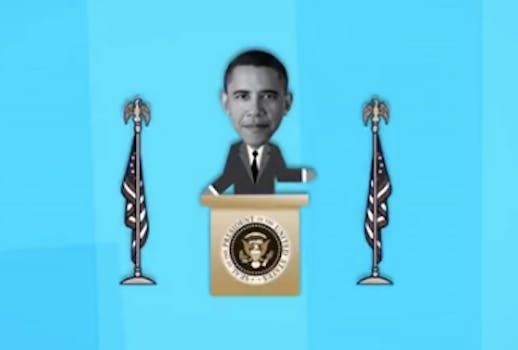 Samuel L. Jackson, will.i.am, and Simpsons animator Lucas Gray have all made contributions to the Obama campaign.

While some argue YouTube has changed political campaign videos, others say it hasn’t changed much at all and that it is just an extension of television advertisements. But there is one area where YouTube’s influence is undeniable – the independent campaign or fan video.

While every campaign would probably like to have control of everything that comes up when you Google the candidate’s name – Lord knows Mitt Romney would like that after the “47 percent” fiasco – sometimes what others make can be good. Take one of the most recent videos, “Why Obama Now,” which was created by Simpsons and Family Guy animator Lucas Gray.

In just a few days, the video had already gained more than a million views, and some might say it does a better job of explaining Barack Obama’s reelection pitch than the campaign itself. Since Obama first ran for president, he has benefited more than most politicians from fan videos. One of the most iconic was “Yes We Can” produced by the Black Eyed Peas’ will.i.am and uses clips from Obama’s New Hampshire concession speech. The video has been reposted numerous times, but the original clip has well over 24 million views. The video even lead to the creation of numerous John McCain spoofs like this one:

More recently, Samuel L. Jackson had his own, more vulgar, take on the independent campaign video. “Wake the F**k Up” has had more than a million views since it was uploaded a few weeks ago. The video was the brainchild of the Jewish Council for Education and Research, and although not safe for work, certainly gets its point across.

But Obama isn’t the only politician to benefit from fan videos. Earlier this year, during the Republican primary, Rick Santorum had a theme song written for him by the First Love Band. “Game On” gained millions of views, although it wasn’t enough to get the former Pennsylvania politician the nomination.