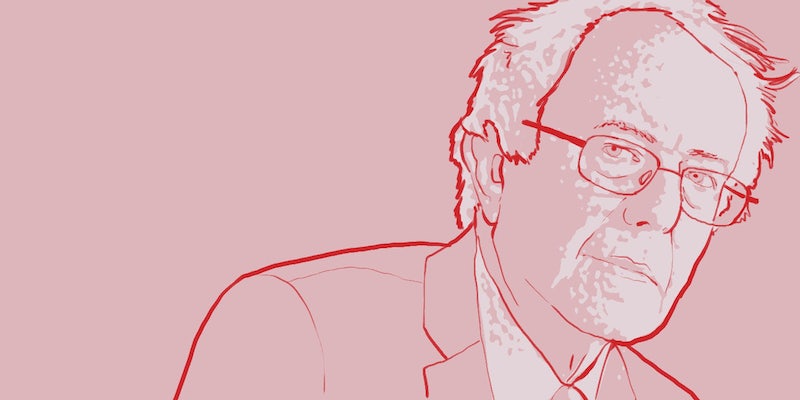 This candidate is winning the war on bots.

Bernie Sanders has the most authentic Twitter following out of all the remaining presidential candidates, according to a Vocativ analysis run just before the first Democratic debate. Sanders, who has been somewhat of a social media darling during this election cycle, has the least bots & troll Twitter followers among his following of all candidates still in the running for the White House.

TwitterAudit, an analytical tool used to quantify the legitimacy of a user’s Twitter following, deems 89 percent of the accounts that follow the Vermont senator actual users, just slightly down from our June analysis that put him at 90 percent.

The candidate with the fakest follower base? That dubious honor still belongs to Hillary Clinton, whose 4.45 million Twitter followers were only 59 percent real when we conducted our review. Most interestingly though, is the fact that the ‘real’ proportion of Donald Trump’s 4.43 million followers plummeted from 90 percent to 61 percent in just four months. 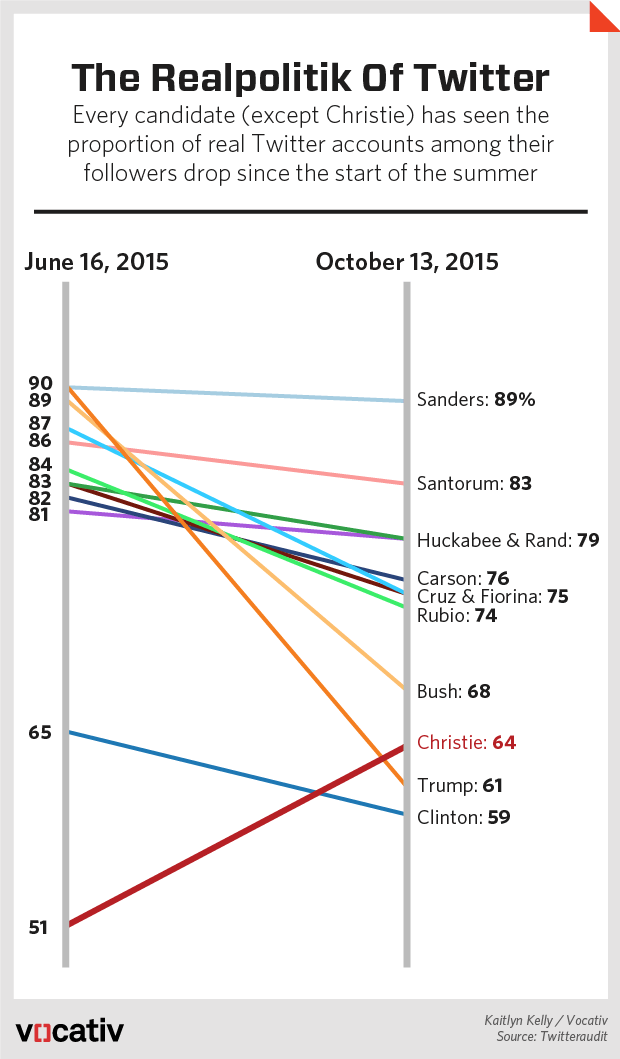 TwitterAudit, the tool used for the analysis below, takes a random sample of 5,000 followers and judges each account’s authenticity based on its number of tweets, the date of its last tweet and the ratio of its followers to friends. The fake Twitter accounts could be spam bots run by automated software or profiles that have been lying around for years. Determining fake followers is not an exact science.