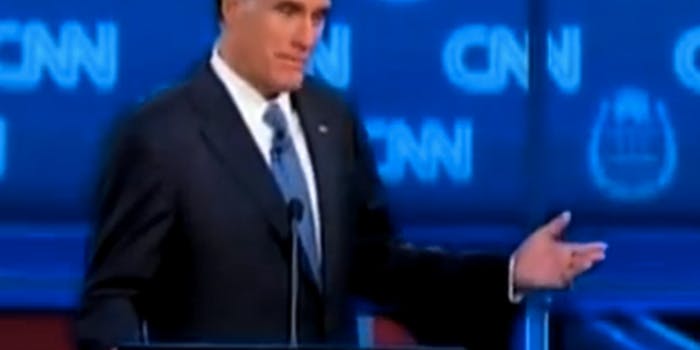 Several sites and a Politifact app can help you keep up with who's telling the truth during tonight's debate in Denver.

George Orwell once said “Political language is designed to make lies sound truthful and murder respectable.” There’s no doubt about it, Orwell would be questioning everything President Barack Obama and Mitt Romney say tonight during the first debate in Denver.

But questioning the candidates has now gotten easier, thanks to a gamut of political fact-checking websites and a new app from Politifact.com.

During the debate Wednesday night, Politifact.com will be constantly updating its website and its new searchable app, and sending tweets that call out the candidates if they aren’t being truthful. Editor Bill Adair said watching the debate was now “a two-screen affair.” In the days leading up to the debate, Politifact’s Twitter account has already been active, checking facts. Some things have been promises kept, like how Obama did create a national early learning council. Others have been flat out, “pants on fire” lies, like the myth that Mitt Romney has never created jobs.

Meanwhile, on your iPhone or Android, you can download the Settle It! app, meant to help fact-check campaign ads and settle dinner-table debates. With the free app, you can search by name, topic, or other keywords to see if what the candidates say checks out.

Two other helpful sites to keep on eye on Wednesday night will be the Washington Post’s Fact Checker and FactCheck.org, both of which are sure to be busy during the debate.