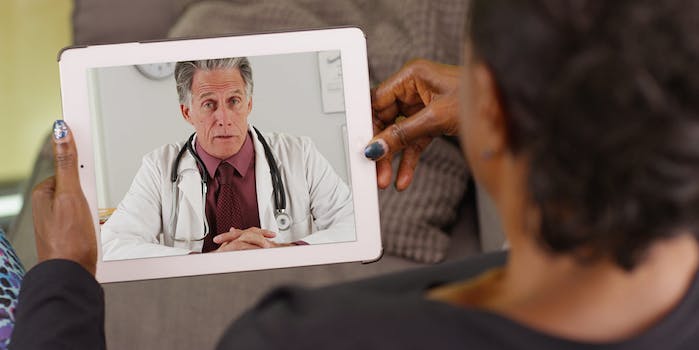 Her sister noticed her speech slurring and face drooping on one side.

Plenty of people joke that some technology or another is a lifesaver, but for Opokua Kwapong, FaceTime literally is.

As Kwapong, 58, chatted with her younger sister via her iPhone’s built-in video-conferencing app, the sibling on the other end of the line insisted that something wasn’t right.

“My sister looked at me and said she could see that my face didn’t look right,” Kwapong told the BBC. “She also said that I was slurring my words, but I thought she was just fussing and I didn’t believe her.”

After Kwapong failed to pick up a glass of water, and one side of her face started drooping, her sister, Adumea Sapong, became sterner in her warnings. Kwapong conferenced in another sister, who happens to be a doctor, and both siblings suggested she needed to call 911 for help.

Kwapong was diagnosed with a blood clot in her brain; due to the stroke, she’s now paralyzed on her left side. Symptoms of a stroke can include slurred speech, asymmetrical face changes, and weakness in half of the body. By noticing her sister’s symptoms quickly and insisting she seek medical advice, Sapong may very well have saved Kwapong’s life.

“Not only did technology save my life, it now also allows me to live my life,” Kwapong said.

Unable to travel as freely as she once could, Kwapong now relies more heavily on teleconferencing technology for her work.