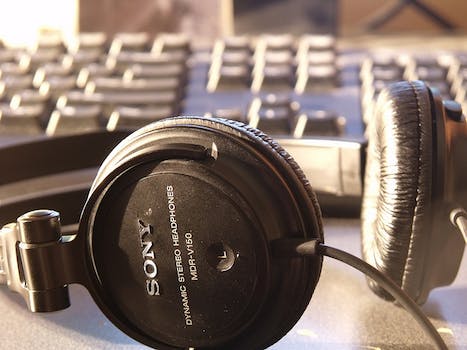 Imagine a world in which you need to visit another website for music videos instead of catching every video you want to watch on YouTube.

A world where your playlist can’t mash up lolcats and Stray Cats? Heresy!

That would be hugely inconvenient, confusing, and upsetting for much of the YouTube community. Yet, a disrupted Web video experience awaits if talks between Facebook and Vevo prove fruitful.

As reported by CNET, Facebook has been holding discussions with Vevo, a video website backed by the major music labels, about the company severing its ties with YouTube and moving its videos over to the social network.

Vevo currently hosts most of its videos both on YouTube and its own Vevo.com website. On smartphones and other mobile devices, some videos are only available through the Vevo app, not YouTube’s mobile versions.

Facebook has apparently proposed a revenue-sharing scheme where it would display ads next to Vevo’s music videos and the companies would split the profits, similar to the way in which Vevo generates revenue on YouTube.

As it stands, Vevo is contractually tied into hosting videos on YouTube for another year and, as such, these talks are at a very early stage.

The advantages for Facebook are fairly clear. The social network would be able to keep users on its site for a longer period of time and charge its advertisers higher rates. Perhaps Vevo would be granted a higher share of ad revenue than it gets from YouTube too, while the visibility of its videos could increase through Facebook’s sharing features.

Facebook has been on a campaign to weave more music services into its fabric. At a developers conference in September, Facebook launched an updated version of its Open Graph platform. That brought Spotify, Rdio and other streaming music services on board as partners to allow users to share what they’re listening to in real time with their Facebook friends. So far that effort has shown a great deal of success for all companies involved.

That integration took another step forward last week when Facebook launched its Listen With feature, which lets you listen along to a song simultaneously with your friends. Snagging Vevo’s music-video rights would help Facebook further establish itself as a dominant online music hub.

YouTube is also ramping up its efforts on the music side of its business, having launched YouTube Music last August. However, that initiative was met with hostility by users.

Should a Facebook/Vevo deal go ahead, it could prove hugely damaging to YouTube’s business. According to ComScore’s most recent online video report, Vevo is by far its most-viewed partner channel, with 53.5 million unique visitors, 782.3 million video views and 70 minutes’ viewing time per visitor last month.

Notably, Facebook has slipped behind Vevo’s own video website in ComScore’s overall video traffic rankings in the space of two months, dropping from second to fifth.)

Vevo provides music videos from three of the four major US record labels. (Warner Music is still not on board.) If those videos disappear from YouTube, YouTube’s music offerings will be decimated. While that might not cause a mass exodus of users from YouTube—there’s still plenty to watch—it might cause a big hit to its revenue, since music videos are a major source of professional content against which Google can sell higher-priced ads.

SplatF’s Dan Frommer argues that there’s nothing to worry about here though, since Vevo will most likely stick with YouTube due to its huge audience there. Given the traction its videos have on YouTube right now, plus the revenue Vevo record labels are already raking in from video views, Facebook’s offer would need to be an extremely lucrative one for Vevo to consider decamping to the social network.

YouTube is the go-to site for tens of millions of people who want to watch everything from movies to Rick Perry forgetting his electoral platform during a GOP debate. The promise of YouTube is that it’s the place where anyone can broadcast anything. Cutting out music videos from the major labels would be a blow to that promise.