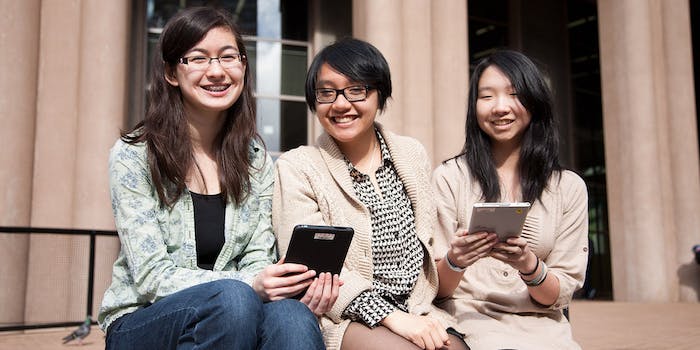 How teen boys versus girls use social apps

According to a new report from Pew Research, Facebook is still the most popular social network among teenagers, followed by Instagram and Snapchat. And the data shows that the world’s largest social network is more popular among boys than girls.

71 percent of all teens ages 13 to 17 still use Facebook, while 52 percent use Facebook-owned Instagram, and 41 percent use Snapchat. Facebook’s teen user numbers have fallen a bit since 2012 when 77 percent of teens reported using Facebook, but new data appears to show that the idea teenagers are leaving Facebook in droves for other services like Snapchat or Instagram is rather exaggerated. They aren’t necessarily leaving, they’re just more and more apps than ever. It’s teen Facebook exclusivity that’s mainly taken a hit. 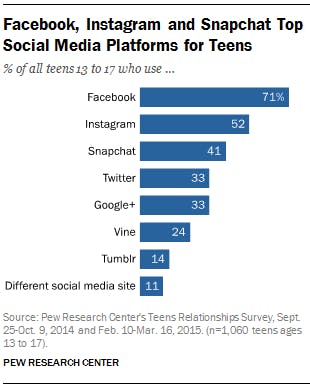 Though these numbers should allay some fears as to the declining popularity of Facebook among young people, it’s really just yet another data point among the hundreds that try and pin down teens’ tastes. 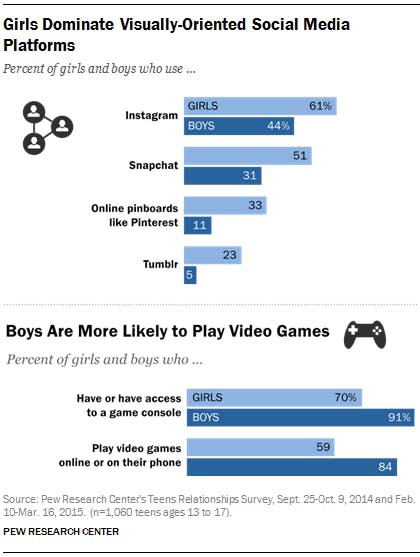 And can simple surveys really reveal something so capricious? One day surveys tell us teens are abandoning Facebook, if they’re even going on it in the first place. And the next we hear that Facebook is still a crowd favorite. The data fluctuates about as quickly as a new app captures teen attention.

Anecdotal evidence suggests Facebook isn’t where the teens are, but where their parents and colleagues and cousins post updates, so they either avoid it entirely, or keep an account simply to check-in with friends and family while Instagramming or snapping the true moments in their lives. It’s more of an convenience than anything else, a sort of catch-all.

But Facebook’s plan to spin its features out into separate apps is a youth-minded one. Apps like Instagram and WhatsApp are popular with younger users, and both happened to be owned by Facebook. What’s more, Instagram now has two of its own sidekick apps (Hyperlapse and Layout), making them Facebook downloads as well.

Clearly, there are more ways for the social network to amass users than just getting them to log in at Facebook.com.