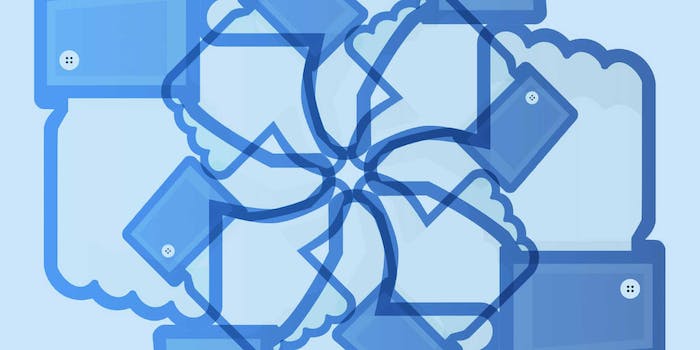 Every once in awhile, you log into Facebook, and at the top of your News Feed you’re greeted by a survey request. These short quizzes are simply Facebook’s way of asking us what the hell we think about the site. A new survey is making the rounds this week in which the social network asks users about its competition.

(Do you think whatever Facebook employee made this survey giggled while adding Google+?)

In addition to asking how often you visit other sites, this survey wants to know how you get your news and celebrity coverage.

Facebook asks whether it’s a great app for getting celebrity news (in a word, no) and then asks what social networks (from the same list as the first image) fit that description.

The survey also asks users what they consider their “major and minor” reasons for using Facebook. Is it to post photos? To see what family and friends are doing? To find news? To post personal updates? Mark Zuckerberg wants to know.

Clearly, Facebook is still trying to find its footing as a site that provides both breaking news coverage and baby pictures. It started as a totally personal, people-focused network, one that you might even call hyper-local (just you and your college!). Since ballooning outward and becoming unimaginably large, Facebook has visibly struggled to define itself.

Keeping users satiated with personal posts while also feeding the beast that is online publishing (and by “feeding” we mean “utterly and hopelessly controlling“) is a hard balance to strike. Most Facebook users would probably agree that, based on the current state of the News Feed, the company is failing to offer that balance.

Silver lining, though: Perhaps this survey is last-minute prep for those News Feed customization tools we’ve been promised.