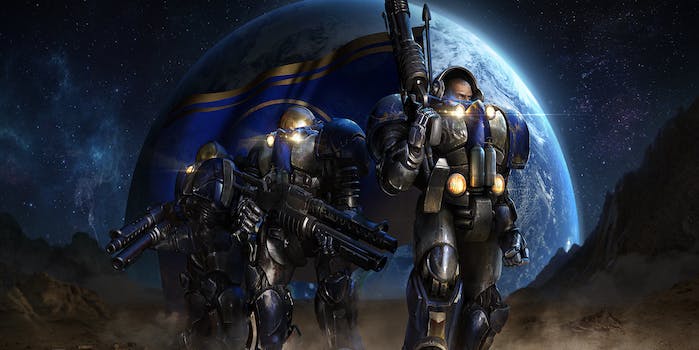 Facebook’s AI gets owned in Starcraft competition for bots

Facebook will need to work on its Starcraft strat if it wants to compete with Google’s AI.

The social giant quietly entered its artificial intelligence into an annual Starcraft: Brood War competition for AI bots on Sunday, Wired reports. But its hope of finding the same success as rival DeepMind was halted when a nasty swarm of Zerglings rushed its base. Opting for a slower mech build with Terran, Facebook had no chance.

You can watch some of the destruction in the gameplay video below.

Facebook’s AI research lab entered the AIIDE StarCraft AI Competition with CherryPi, a bot built by eight employees or people affiliated with the company. It went up against 27 competitors in the legendary real-time strategy game from 1998, a game considered one of the most difficult ever made.

Facebook finished in a respectable sixth place, a result made less impressive when you consider the top three bots were built by lone hobbyists. The winning bot this year, ZZZKBot, was built by Chris Coxe, a software developer in Perth, Australia, who said before the results were announced that his entry was supposed to be a “proof of concept.” Coxe told Wired one of his bot’s best features is that it uses pre-programmed strategies against its competitor and stores whichever ones work best for its next matchup.

After Google’s AI research unit DeepMind defeated the world’s greatest Go player last year, it vowed to master Starcraft II, the 2010 follow-up to Blizzard’s original masterpiece. Because of the game’s complexity—a balancing act between three races with dozens of units—Starcraft is quickly becoming the newest battleground for testing AI. As Wired points out, the number of valid positions in Go is one followed by 170 zeros. Researchers say you’d need to add 100 more zeros to reach the complexity of Starcraft.

The game is so difficult to master, the best AI bots around today would surrender to even average players. Facebook and Google want to take a new approach by using machine learning so that its AI can develop its own strategies using mounds of data. It’s a tactic Google used with AlphaGo but wasn’t featured in Facebook’s CherryPi.

We can only hope for an epic esports face-off between Google and Facebook somewhere down the line.