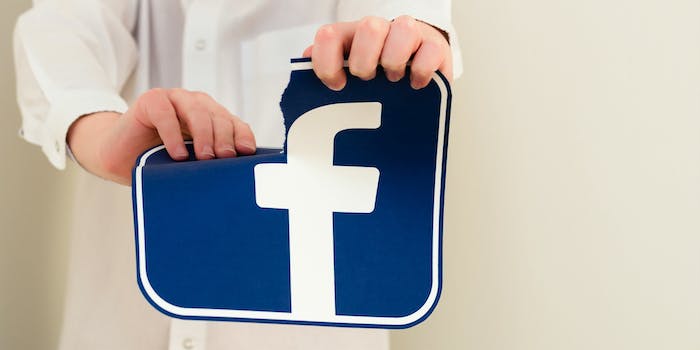 Are we nearing the end of an era?

Despite its recent struggles, Facebook remains the most popular social network on the internet. But a surprising new report suggests that could soon change if it can’t find a way to recruit younger users.

According to research firm eMarketer, less than half of U.S. internet users between the ages of 12 and 17 will regularly log in to Facebook this year. The number of users between ages 12 to 17 and 18 to 24 is expected to drop 5.6 percent and 5.8 percent, respectively, marking the first time the firm has predicted a decline in these age groups. In total, it will lose 2 million users ages 24 and younger in 2018 alone.

The social network is still growing but will rely on growth in older age groups. eMarketer predicts Facebook’s total U.S. growth will be just 1 percent this year, similar to the growth it saw in the U.S. and Canada in 2017.

Surely, teenagers aren’t going to stop using social media. So, where are they migrating to? eMarketer has more bad news for Facebook. It believes users ages 24 and younger are more likely to join Snapchat than Facebook-owned Instagram. It expects Snapchat to gain 1.9 million users versus Instagram’s 1.6 million. The ephemeral messaging service has struggled in recent years, but beat out analyst predictions for user growth last quarter, gaining 8.9 million new daily active users. Its growth rate was 18 percent year-over-year compared to Facebook’s 14 percent. In its defense, Facebook has a smaller market to work with since it already has more than 2 billion users, more than one in every four people on Earth.

Both Instagram and Snapchat will see a massive increase in users this year, though Instagram is expected to win out in the end. The number of Instagram users will rise 13.1 percent year-over-year to 104.7 million while Snapchat will grow to 86.5 million, up 9.3 percent.

“Snapchat could eventually experience more growth in older age groups, since it’s redesigning its platform to be easier to use,” Debra Aho Williamson, a principal analyst at eMarketer said in a statement. “The question will be whether younger users will still find Snapchat cool if more of their parents and grandparents are on it. That’s the predicament Facebook is in.”

In its latest quarterly earnings report, Facebook said daily users in the United States and Canada fell for the first time in history, declining by 700,000 to 184 million. The drop can be attributed to an overhauled News Feed and fewer viral videos, changes Facebook believes will improve the quality of its network at the expense of quantity. Several recent changes on the site were prompted by the revelation that the network sold ads to a Russian troll farm during the 2016 presidential election. The company admits 126 million people may have seen the ads.

Facebook is desperately looking for ways to freshen up its user base. It recently launched the controversial “Messenger Kids” app, a clever way to circumvent child protection laws and onboard children under the age of 13. Last month, more than 100 health experts wrote an open letter to Mark Zuckerberg calling the app irresponsible and urging him to take it down.